MATT & DAN: Matt and Dan came to fight on Watch What Happens Live, breaking out their tits within seconds.

HUFF POST: The leaders of North and South Korea have met and announced a historic accord — the complete denuclearization of the Korean peninsula, and a formal end to the Korean War (which, yes, had still been going on, in theory). Trump has already claimed credit. Meanwhile, Trump went on another unhinged Twitter rant against James Comey, claiming Comey illgally leaked memos.

TOWLEROAD: Trump formally thanks Kanye West for the “great service” he has provided — “legacy stuff” — by supporting Donald Trump. 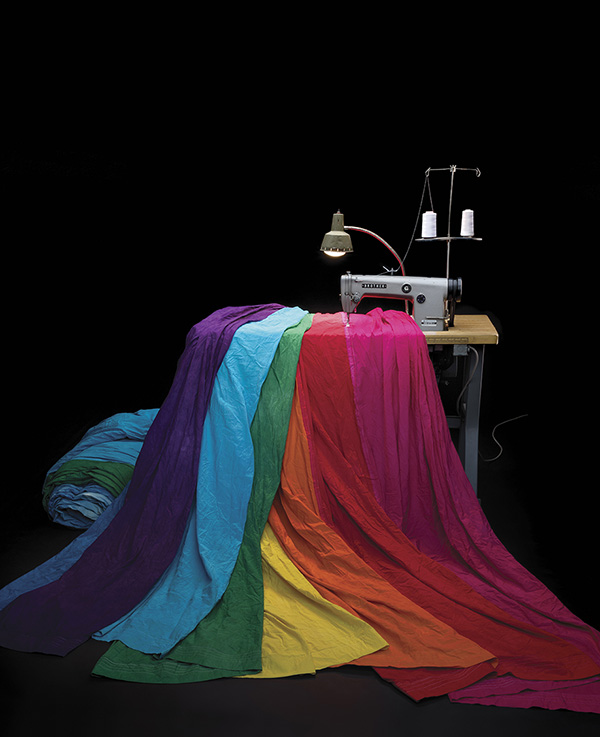 FLYSFO: Check out A Legacy of Pride, which celebrates the 40th anniversary of the late Gilbert Baker's rainbow flag.

KENNETH IN THE (212): Hundreds of hot dudes, if you have a few months to spare.

NEWNOWNEXT: James Miller used a gay-panic defense in his trial for murdering his neighbor Daniel Spencer — and it worked. He's getting probation thanks to a Texas jury that seemed unwiling to properly punish the former police employee, who knifed his neighbor to death when he claims a spurned sexual advance left the neighbor aggressive:

After initially reaching an impasse, the jury showed mercy and gave Miller probation. While Judge Brad Urrutia was required to abide by their decision, he tacked on six months jail time, as well as 100 hours of community service, and almost $11,000 in restitution to Spencer’s family. Miller will also be required to wear a portable alcohol monitoring device for at least a year.

This happened in allegedly liberal Austin. As NNN points out, 48 states still allow the use of a gay-panic defense.

GR8ERDAYS: ABBA  has reformed to record two new songs, their first fresh music in 35 years! Oddly, the songs will be used on an avatar tour project — yep, in spite of all the lucrative offers they've received over the years, the one the band has gone with is a tour that will feature “de-aged” avatars of themselves performing their hits. I'm into nostalgia, but I'm not that desperate, but... thanks for the music.

ATTITUDE: Conservative (does that word really mean anything anymore?) rising star in the UK suspended over old tweets in which he called AIDS “weaponised semen” and cracked a Holocaust joke.

TWITTER: This clip from The Cosby Show is absolutely jaw-dropping anyway, but especially in light of recent events:

this cosby show clip did not age well pic.twitter.com/dMy0J25fAA

ROADSIDE FLIX: The teaser trailer for the July release Whitney is here: