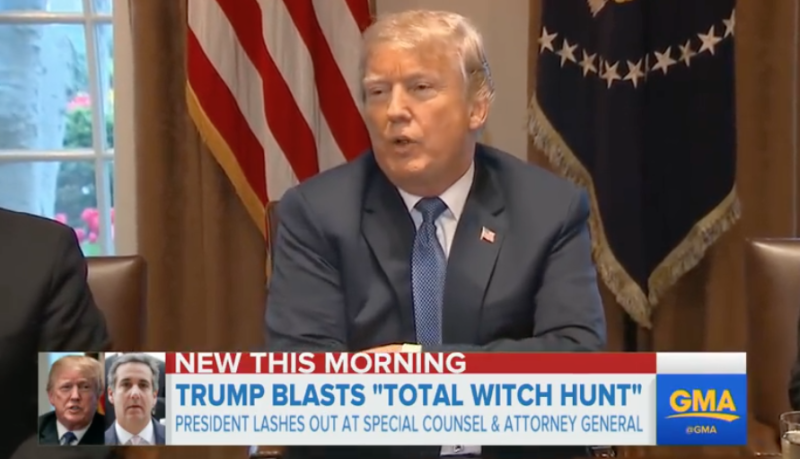 There is an obvious answer to that complaint, and Sen. Chuck Schumer lays it on the line for the mentally challenged Cheeto currently residing in the tippy-top shape aka White House ...

"Mr. President, attorney-client privilege is alive and well. But there's an exception when the attorney might be involved in a crime or fraud ... and that exception is obviously in play today." - @SenSchumer pic.twitter.com/RJuxAqc5sT

Also worthwhile viewing is Good Morning America, on which Chris Christie explains why this while thing is damning for Trump and especially for Cohen: