Below: Keep reading for Tom Daley's wardrobe malfunction (the wardrobe being a tiny Speedo!), Gus & Adam's lip-lock, a shocking racist arrest at Starbucks, the death of a film genius and much more ... 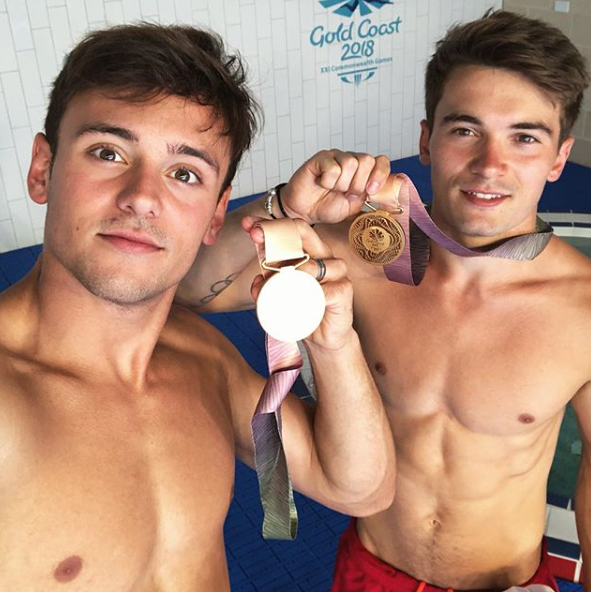 GAY FLESHBOT (WORK UNFRIENDLY): Tom Daley's penis slipped out of his Speedo during a dive and Getty Images happily posted the results.

TWITTER: Black men seated at a Philly Starbucks were handcuffed, arrested and kept in jail until past 1 a.m. — all because they were sitting in the establishment, waiting on a friend, and had not ordered. The friend arrived as they were being carted off. Starbucks says it is reviewing the situation:

@Starbucks The police were called because these men hadn’t ordered anything. They were waiting for a friend to show up, who did as they were taken out in handcuffs for doing nothing. All the other white ppl are wondering why it’s never happened to us when we do the same thing. pic.twitter.com/0U4Pzs55Ci 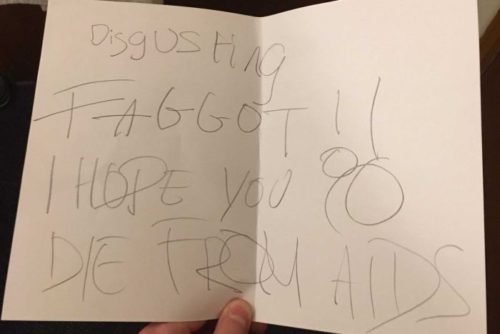 LGBTQ NATION: A student at Australia National University was hounded right out of student housing by anti-gay notes and anonymous threats of physical harm. The school did nothing at all, but when he left, said in a statement:

We offer an unreserved apology for any distress caused to the student as a result of the offensive behavior of another student. It is unacceptable to us that a student has felt victimized and harassed in their own home environment.

The student has continued to attend the school. 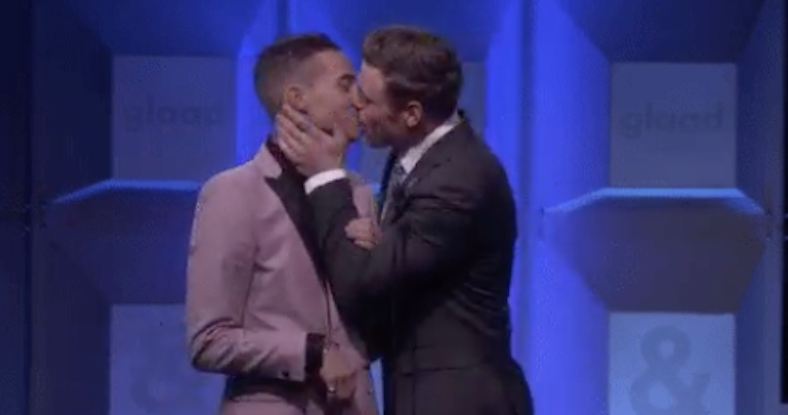 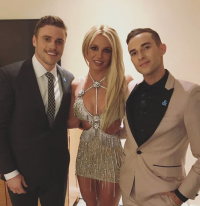 more than lovers, kissed for the cameras at the GLAAD Media Awards. I would not call it steamy so much as passionately interested in making people react. Cute moment, though. They later posed with Britney Spears, who for some unknown reason was being given an award for all the tireless work (?) she does on behalf of LGBTQ causes. (I mean, I know gays love her and God bless 'em, but we are seriously running out of worthy recipients of awards.)

POLITICO: Trump and Cohen's lawyers went to court to try to keep the feds from viewing all the materials seized from raids on Cohen's hotel room, office and home — and instead wound up with an order for Cohen to publicly disclose his client list by Monday.

RAW STORY: The ID of the anonymous GOP rep who allegedly said of Trump, “If we're going to lose because of him, we might as well impeach the motherfucker,” is expertly guessed as being Rep. Peter King of New York.

jockstrap enthusiast, teenage heartthrob of the past.

OMG BLOG: This is what Dustin Lance Black gets for shopping in Woolworths, for God's sake.

INSTAGRAM (FOLLOWS APPRECIATED): Back when she was a teenybopper idol and AIDS was only a few years old, Madonna was already aligning herself with the good guys in trying to battle the plague: