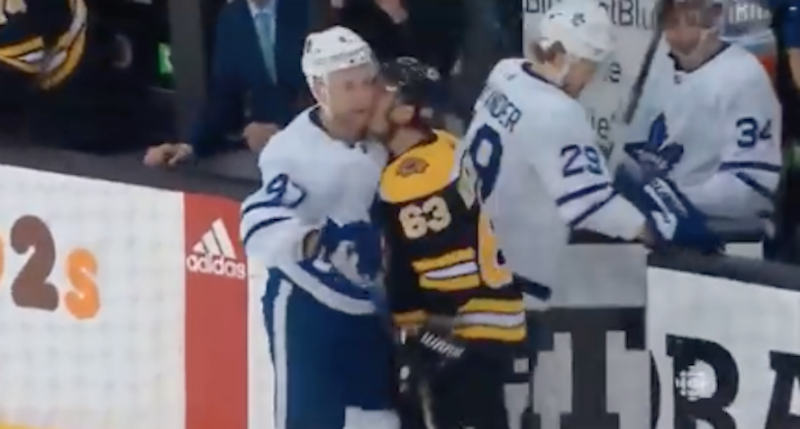 Is this really sportsmanlike conduct? (Image via video still)

TOWLEROAD: I don't really get why people think it's cool for Brad Marchand to kiss and lick his NHL opponents as a form of irritation. I just don't get it at all.

The flower of his secret (Image by Adriano B)

FUCKING YOUNG!: Adriano B captures quite the pretty flower.

WASHINGTON BLADE: Kevin Noff was embedded with Kathy Griffin for the White House Correspondents Dinner, and reports on one juicy run-in that Kathy herself has since confirmed:

The only awkward moment came when Deputy White House Press Secretary Hogan Gidley tried to squeeze past our table. Griffin stopped him and said, “How do you sleep at night?” Gidley replied, “Very well, thank you.” When Griffin expressed doubt about that, Gidley asked, “Are we really going to do this?”

That’s when things got interesting. Griffin, in her trademark style, retorted, “Yes we are, suck my dick! No, really, suck my dick!”

There was some back-and-forth, then Gidley, who was holding a Tecate, announced he was off to enjoy his Mexican beer “before we build the wall and you can’t get these anymore.” That prompted a farewell “fuck you” from Griffin, triggering nervous laughter around our table.

His crack about the wall and the beer is straight out of The Handmaid's Tale. God, I hope these people are swept out of their jobs soon. 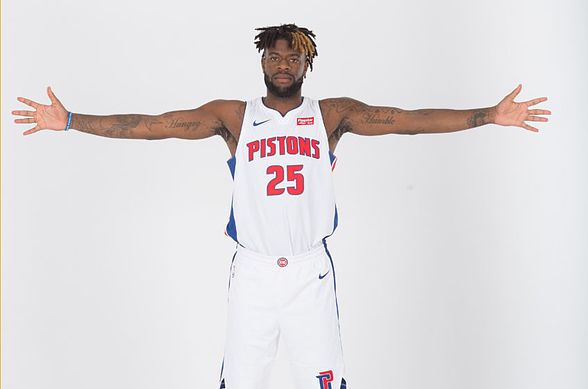 LGBTQ NATION: The Detroit Pistons' Reggie Bullock got an LGBTQ tattoo on his leg as a show of support for his trans sister.

BACK2STONEWALL: You won't believe how low this Russian website is — it challenges people to hunt down and torture gay men.

EW: Critics are buzzing that the worst idea ever — Bradley Cooper directing himself and Lady Gaga in yet another A Star Is Born remake, coming October 5 — might turn out to be inspired. The film's trailer debuted at CinemaCon, and literally none of the attendees panned it. Instead, Twitter was flooded with raves for what they're calling a surprisingly vulnerable performance from Gaga and unsurprisingly powerful music. If the film gets good reviews, she will get an Oscar nomination for Best Actress because, unlike Courtney Love, Madonna, and oher musical inerlopers before her, she has openly courted the Academy (performing on the show). Whether or not she gets that nomination (and more so if she is shut out), she will 100% get a nomination for Best Original Song, and win it. That seems like a lock, even a year out, even if the film itself defies its trailer and gets panned.

TWITTER: Performances begin tomorrow, Monday, for the star-studded production of The Boys in the Band on Broadway. It's the show's first-ever Broadway bow, some 50 years after it was an Off-Broadway sensation and, in 1970, a controversial feature film.

The History of The Boys in the Band— HERE

NYT: Frank Bruni writes about The Boys in the Band, noting how lucky he is that he's white.

EXTRATV: Taylor Swift's Reputation Stadium Tour is almost here — May 8 is the launch.