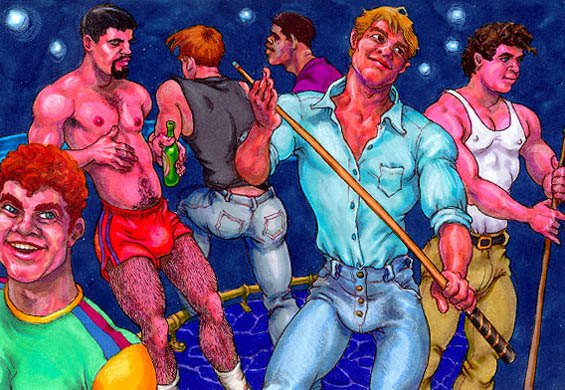 Kirwan's art was bursting with testosterone. (Image via KirwanArts.com)

Michael always had a gift for telling and writing stories, but it was his illustrations an 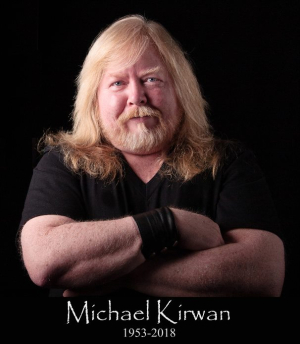 d drawings that would give his friends and fans the clearest window into Michael’s thoughts and his heart. His first published work of art appeared in Playguy magazine in 1980, and getting paid to create art was Michael’s sweetest dream come true. Through the late 1980’s until the mid 2000’s, Michael’s highly detailed and evocative art was published in more than 600 magazines. There were periods of the 1990’s when Michael’s art appeared in as many as six different magazines per month. The art was gay, straight, fetish, hardcore, and promotional to illustrate fiction, comics, and real life. Michael was incredibly prolific and his talent grew and became more and more popular with fans, readers, and art collectors.

Michael’s works of art have appeared in galleries and exhibitions around the world. After moving to California, he spent a year as the Artist in Residence with the Tom of Finland Foundation. Michael enjoyed an inspirational relationship with the work and history of Tom and a very supportive relationship with the people of his Foundation who are dedicated to the education and preservation of erotic art for all artists. These years would provide Michael with the most important friendships and partnerships, and during this time, Michael created the best work of his life. Through that association, Michael appeared at internationally attended events and exhibitions that brought new admirers to his work and his Grand Persona as an artist.

I worked at Mavety Media in the '90s, at the height of his demand as an illustrator, and I remember how popular his fetishy and unique works were. It's also true that there was hardly an issue published without at least one of his creations represented.