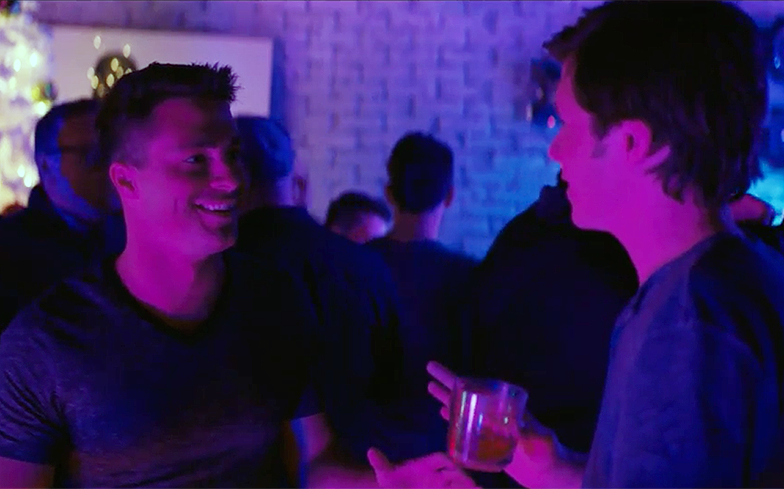 Colton Haynes, playing a randy college boy, hits on 17-year-old Nick Robinson in a deleted scene from Love, Simon, part of an eight-minute sequence that was shot to show how the titular, recently outed character would react to his first gay-bar setting.

Unfortunately, the scenes were deemed to take the viewer out of the narrative, so they were scrapped. However, they will survive on the DVD ...

Hilariously, Simon's straight BFF is more comfortable in the gay bar than he is:

Good grief, his first bar was almost the Atlanta Eagle:

And here is what happens when Simon gets home after his bar experience.