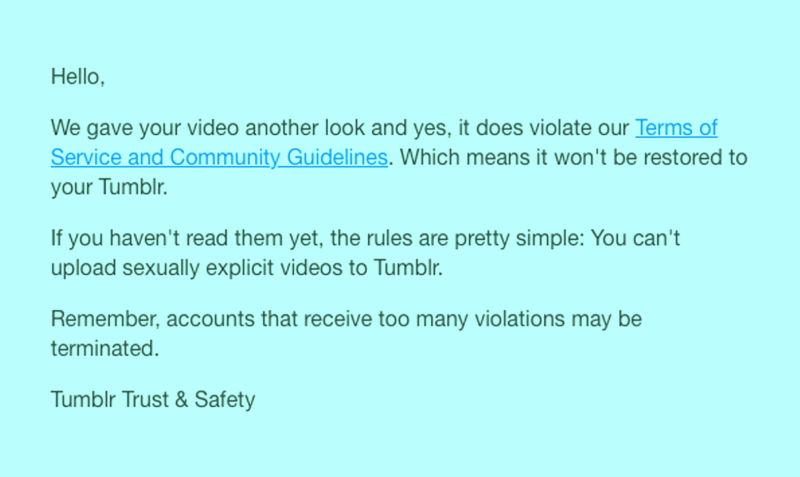 First, if you work at Tumblr Trust & Safety, you're bad at your job. (Image via Tumblr)

Gifted fine-arts photographer Michael Stokes, the go-to guy for physique imagery that is not just cut, but a cut above the rest, is stumped after Tumblr — a veritable Wild West of hardcore and selfies of young people of indeterminate age — removed his chaste Kickstarter video for being too sexy. 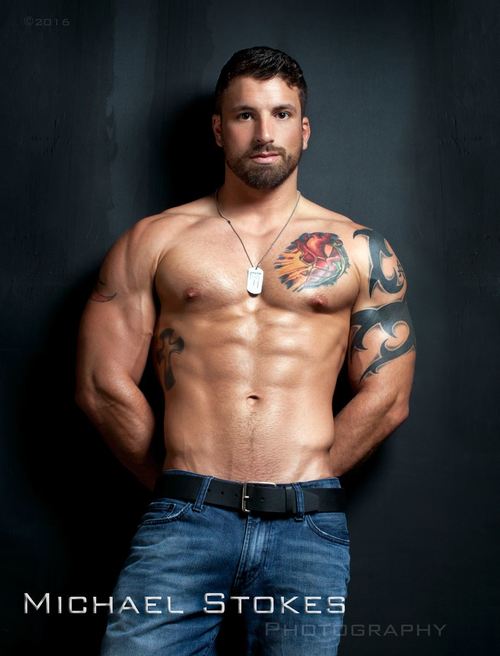 Stokes has already been harassed by Facebook over the fine line between nudity and nekkid dudes.

Keep reading for the too-hot-for-Tumblr video ...

The reactions are hilarious: