Above: This interesting side-by-side of Madonna then and now is the subject of a hot, fancentric debate about credit for ideas and/or for the original work in question. (Details after the jump.) 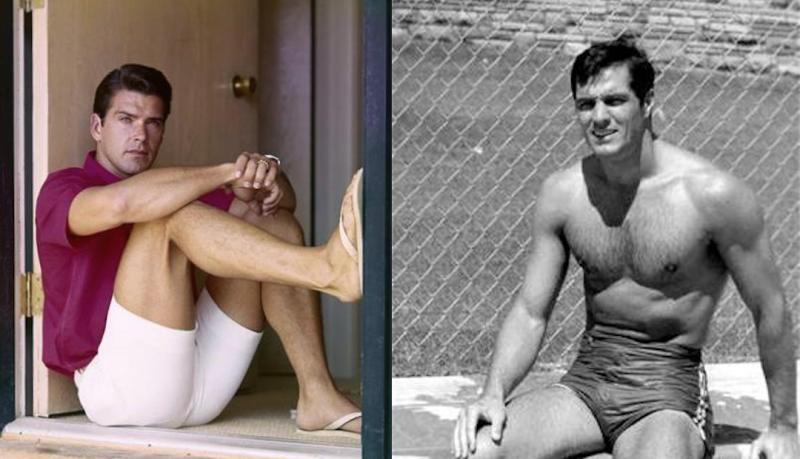 I hope you know their names — two of TV/the movies' hottest! (Images via head shots)

POSEIDON'S UNDERWORLD: Dive into Memorial Day Weekend by taking the plunge with Poseidon on the topic of men in skimpy swimwear from TV and the movies.

EXTRATV: Disgraced film mogul Harvey Weinstein has turned himself in to face charges he sexually assaulted at least two women. Ironically, he carried a book entitled Something Wonderful. Perhaps not so ironically, but intended to send a message, he also clutched a biography of the late Elia Kazan, the supremely talented Hollywood director who turned on his friends, naming names before the House Committee on Un-American Activities, a decision that led to widespread condemnation in the film community. 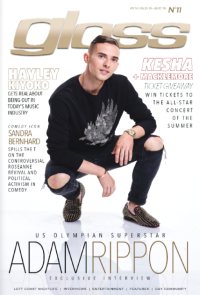 KENNETH IN THE (212): All the gay mags you can handle — and some you probably can't.

HUFF POST: Kim Jong-un continues to play Trump like a harp, saying he isn't walking away from talks just because Trump is.

NYP: Trump awarded Medal of Honor to a retired Navy SEAL ... accused of war crimes. Seriously, everything Trump does is bad and wrong and meant to send a message: There is no such thing as going too low.

JOE.MY.GOD.: Ecuador has just about had it with Julian Assange. Where will he go next?

But just then Mr. Sedaris paused, looked stricken. His nerdy bravado slipped away and his voice quavered. “We’re not together any more,” he said. An audible gasp of dismay swept through the auditorium, packed with more than 2,000 people, as the author — so unshockable, so seemingly unsentimental, so darkly humorous, yet so constant in his domestic arrangements — began to lose it, right in front of us.

By now people in the audience were practically weeping, and Mr. Sedaris was for real. Until he wasn’t. (We should have seen it coming.)

MATT & DAN: Bonus sketch from the comedy duo finds Matt as the most patient patient ever:

LGBTQ NATION: GOP congressman thinks it should be legal to deny housing to gay people on the grounds of immorality.

CNN: The apartment was a dump, but in the West Village of NYC ... and it only cost 28 bucks a month.

DLISTED: There is actually going to be a Britney Spears Broadway musical. (Will it be lip-synched?)