Below: Keep reading for Adam Rippon's glory, a butt that gets the party started, the Obamas' next move, Benjamin Voisin nude, a day to be gay and to give back, death of a legendary artist, royal wedding ruthlessness, and more ... Yes, he can! (Video still via ABC)

HUFF POST: In the least surprising news ever, Olympian Adam Rippon took home the gold on Dancing with the Stars. 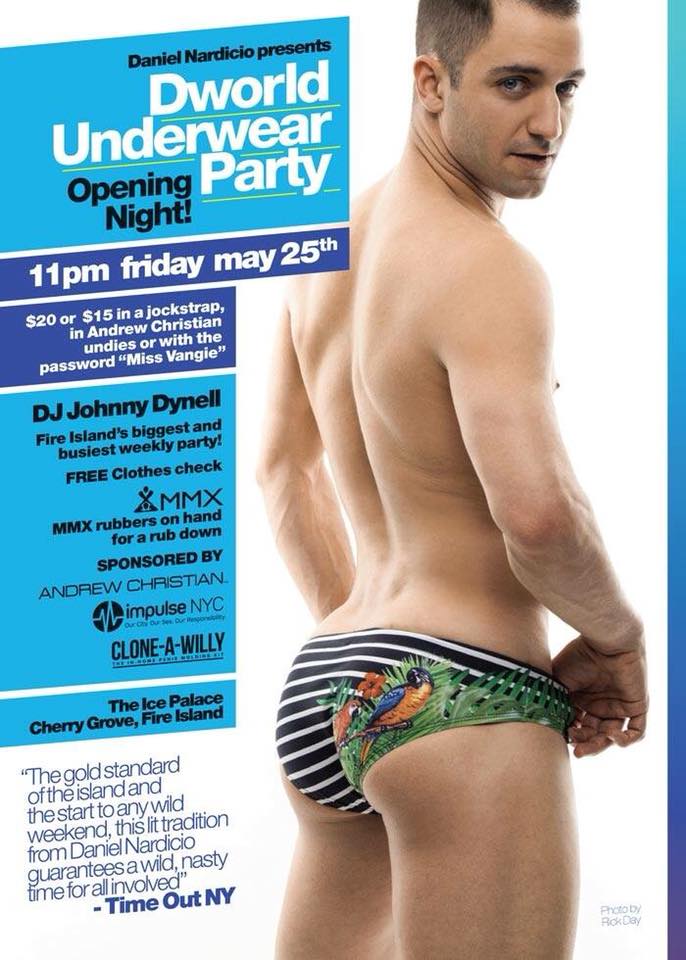 FACEBOOK: If you've never been to a Dworld Underwear Party, the image above might get you off your ass. 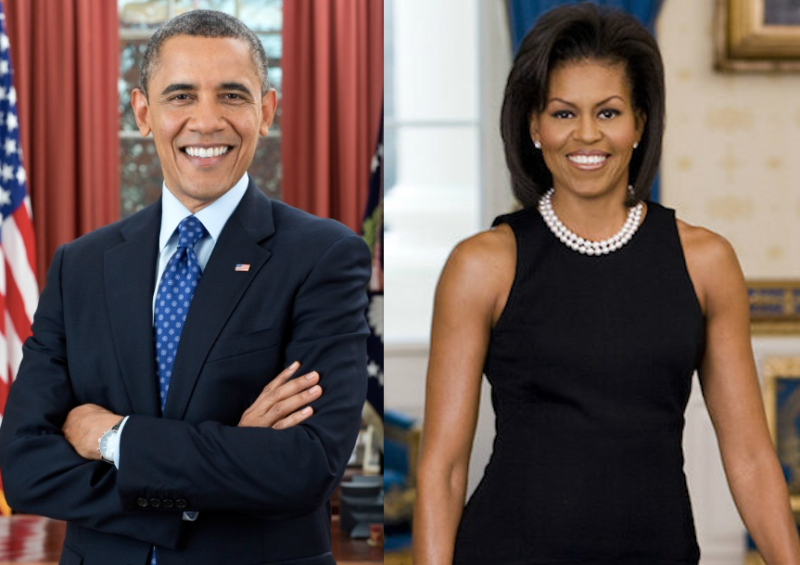 If only they could be renewed in D.C. for another season ... (Images via the White House)

NPR: The no-drama Obamas are about to serve some drama ... and maybe some comedy, some documentaries, who knows what else! The former First Couple have signed a multi-year deal to form their own production company, providing content to Netflix. The company shall be named Higher Ground.

Michelle and I are so excited to partner with Netflix — we hope to cultivate and curate the talented, inspiring, creative voices who are able to promote greater empathy and understanding between peoples, and help them share their stories with the entire world.

Barack and I have always believed in the power of storytelling to inspire us, to make us think differently about the world around us, and to help us open our minds and hearts to others. Netflix's unparalleled service is a natural fit for the kinds of stories we want to share, and we look forward to starting this exciting new partnership.

I'm old enough to remember that when Clinton left office, there were rumors he'd do a talk show — and the right-wingers' heads exploded at the disgusting, base idea of a former POTUS getting into the TV biz. That notion, post-Trump's election, seems laughably naive.

GR8ERDAYS: Follows and likes appreciated, if you're into pop culture '20s-'80s.

Proud, and his co-star was plowed (GIF via GIPHY)

CRIME WATCH DAILY: You know how it's annoying when the person next to you on a flight takes off their shoes, applies nail polish, talks incessantly, and/or takes up too much space? Yeah, well, this guy got blotto, groped a woman, then full-on urinated on the seatback in front of him. Proud of his big load (Image via Gay for Good)

GAY FOR GOOD: The org Gay for Good has honored Harvey Milk every May 22 by mobilizing volunteers to help improve the lives of others as a part of the Harvey Milk Day of Service. Great initiative to learn more about, at the link. 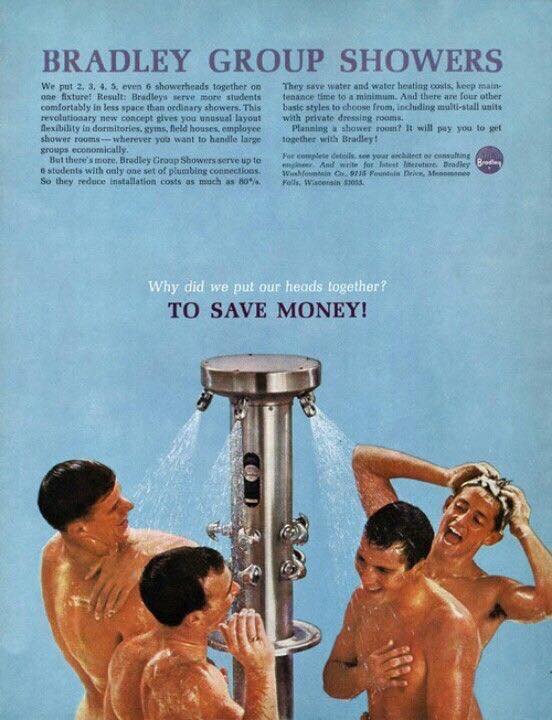 KENNETH IN THE (212): A collection of soap-dropping reveries.

POLITICO: Trump's Twitter phone is completely unsecured, and he won't bother with security for it because it's “too inconvenient.”

FACEBOOK: Houston's top cop took to  Facebook to write a common-sense response to the spate of school shootings and gun violence, calling out apathy and gun lust:

PEOPLE: I kind of love the sheer tackiness of Harry & Meghan offering low-rent gift bags (they included a coupon!) to the 1,200 or so people invited to hang out outside their nuptials at St. George's Chapel, and I think it's brilliant that some of those guests are now attempting to make a score on eBay with them. 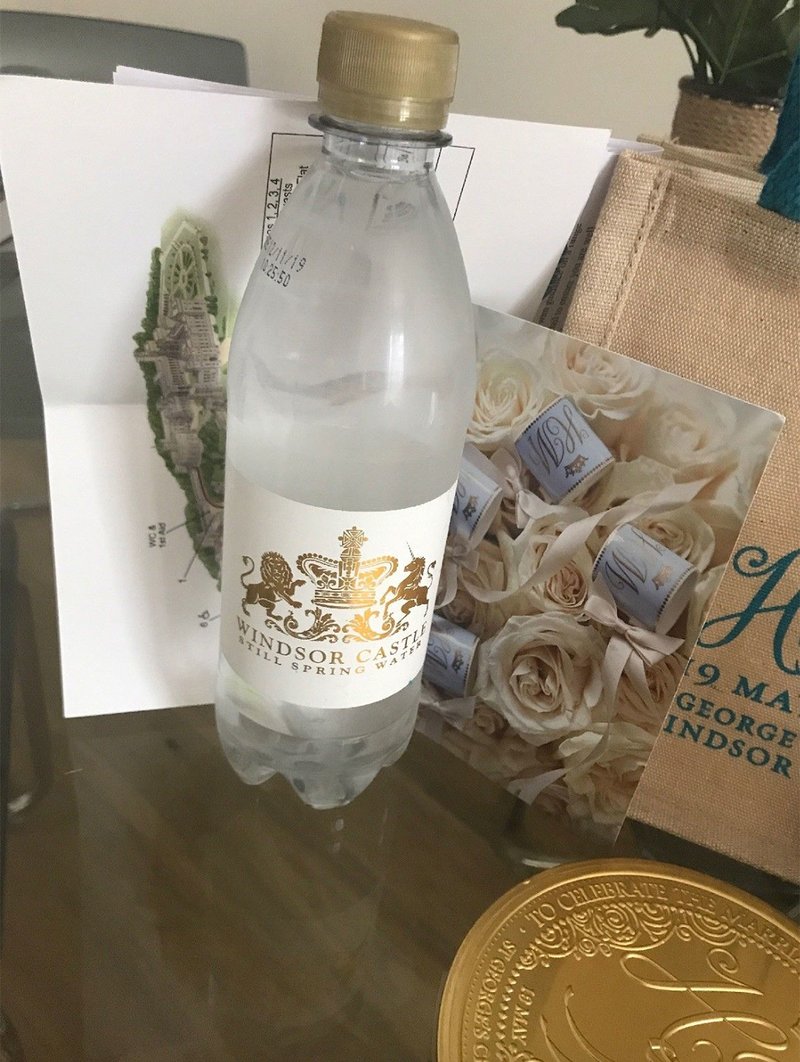