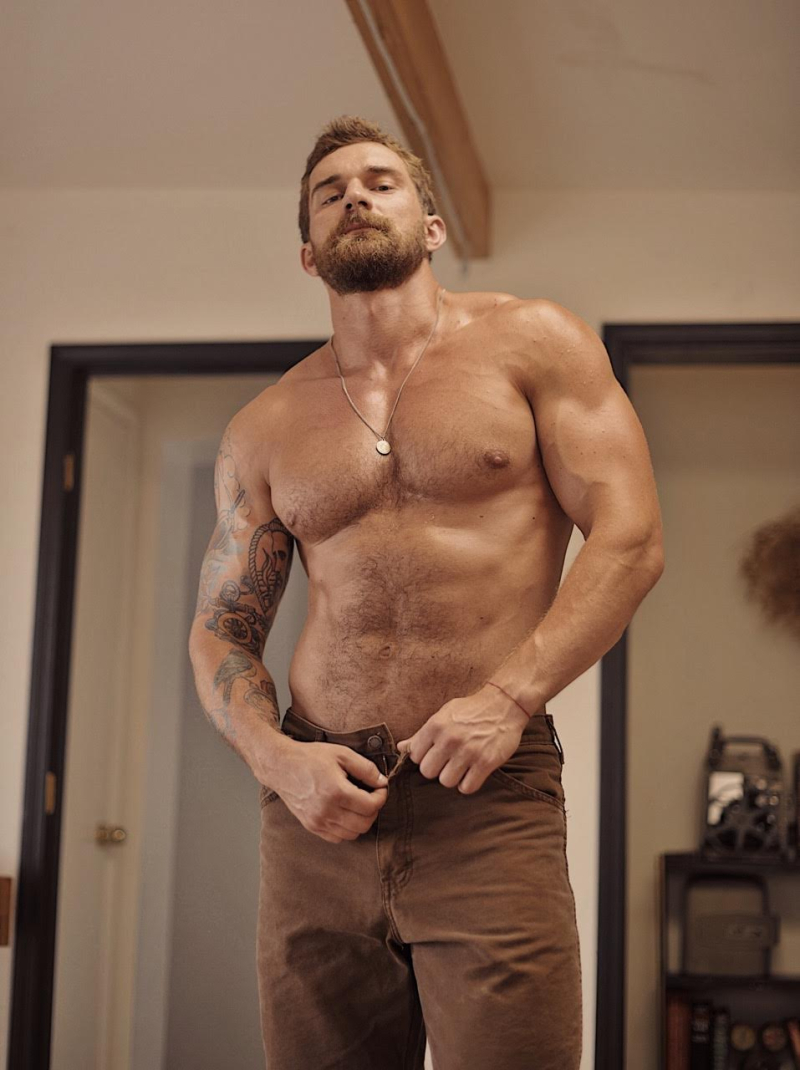 (All images by Dmitry Bocharov)

Abramov Lex is aka Alexander Abramov posing fully nude for the first time in a series of books ...

You may be following Lex on Instagram, where you know him as a skinny Russian nerd who transformed himself into a muscle-bound daddy. Now, with help from shooter Dmitry Bocharov, he is posing nude in what will be a five-part series of books, all branded under the title Uncovered.

Full press release on this daring series, some of the proceeds from which will benefit gay Russian charities: 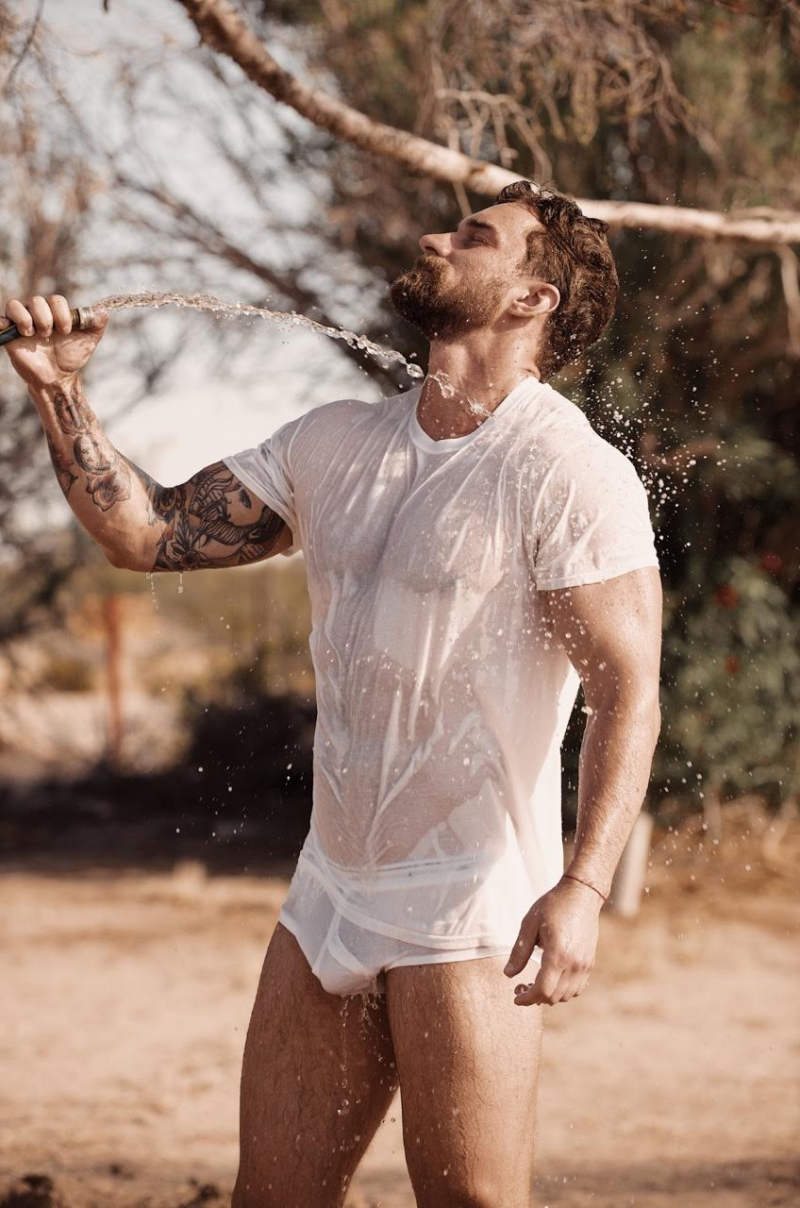 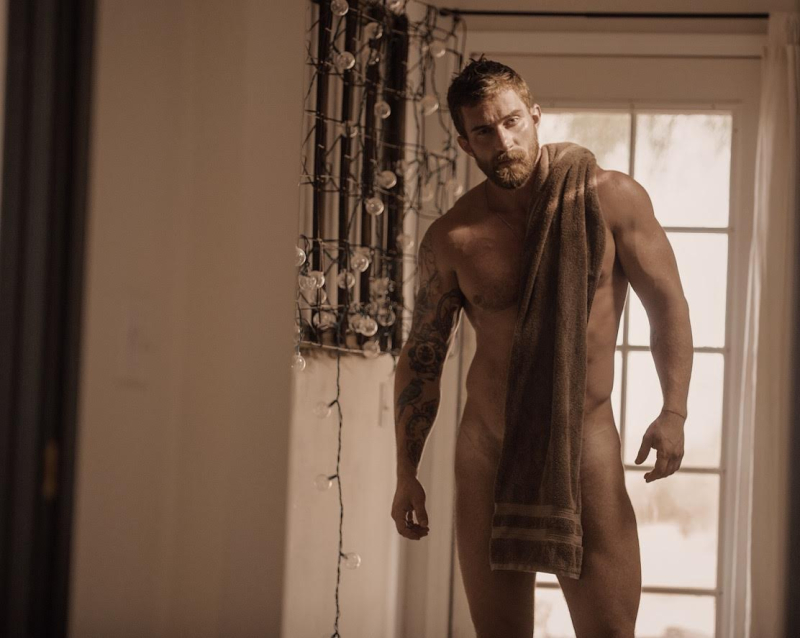 Abramov Lex bares all in Uncovered, his coming of age story about a man who isn’t afraid to speak his truth, foll 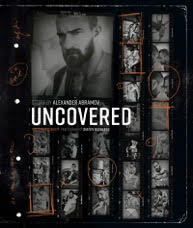 ow through with his vision and be exposed, both body and soul. The five part series of art books tells the story of Alexander Abramov. The Russian artist and producer portrays different characters in unique worlds full of action and emotion. Through images and notes from his personal diary, Alexander explains to the world who he really is. “I started keeping journals 18 years ago. My diary is about awareness of my homosexuality, about my experiences and explorations of the world: first feelings, first love, first sexual encounter ... It is also about human imperfection and struggle, drugs and fears, scars and past troubles. On the whole, it tells of becoming the man I have wanted to be: a man who is able to inspire others to makes changes for the better.” 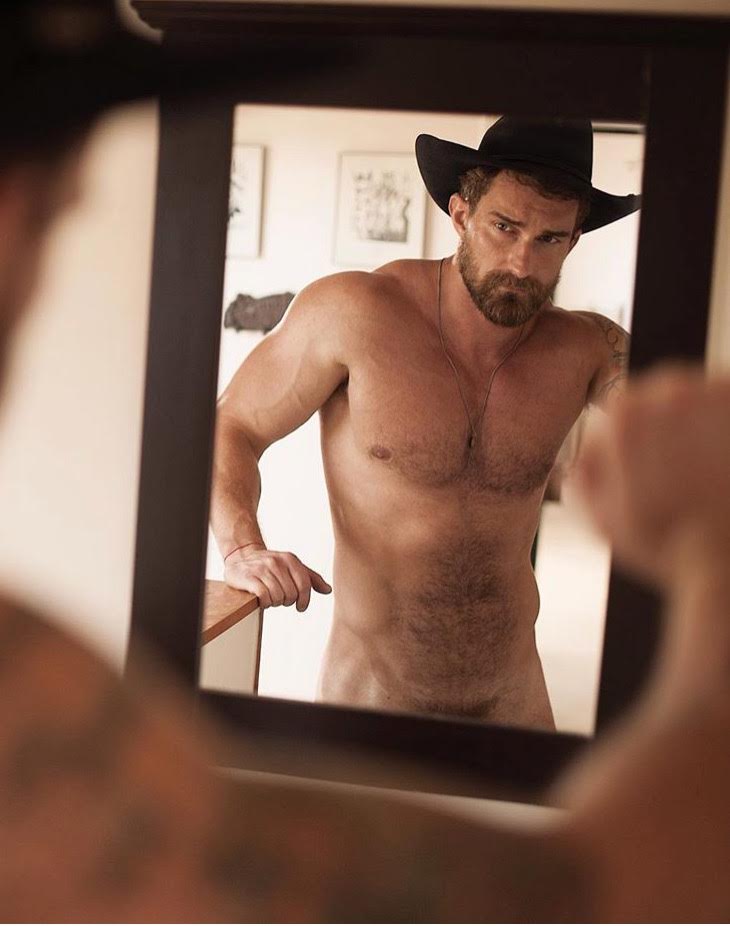 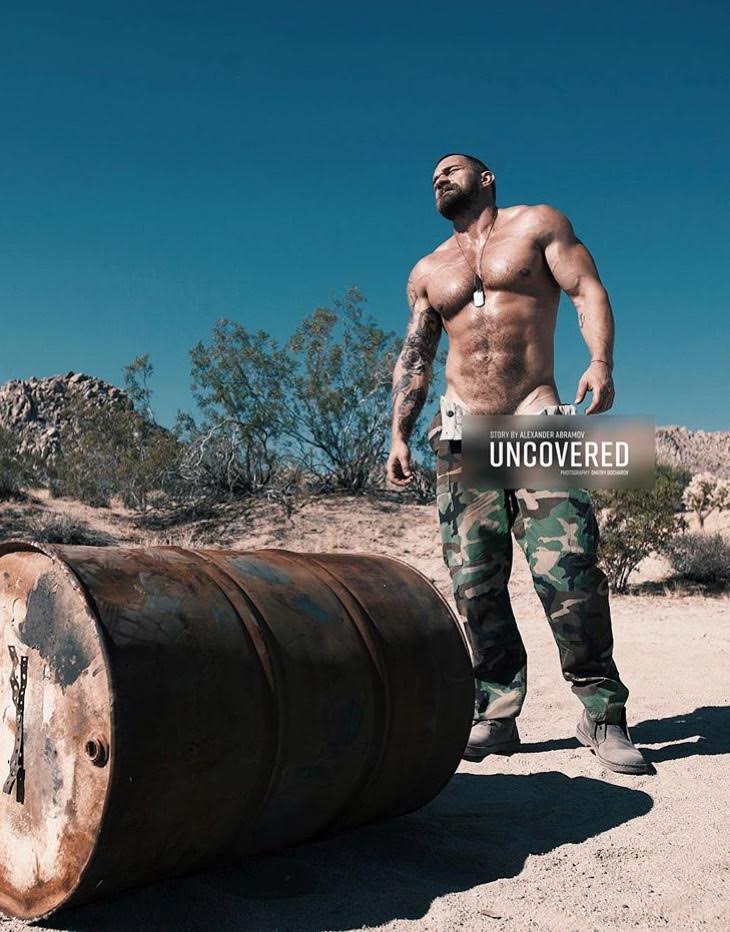 In Uncovered, Alexander depicts five characters: a Wrangler, a Mercenary, a Woodsman, a Journeyman, and a Seafarer. He posed for more than 5,000 pictures at multiple locations with celebrated Russian photographer Dima Bocharov. “I knew it would be a long process, but as a person who has never been a professional model and also never published a book before, I had no idea it would be this challenging.” Uncovered Vol. 1 Wrangler and Vol. 2 Mercenary are available for pre-order on April 16 on his website, www.abramovlex.com. As a gay man who was born in the Republic of Kazakhstan and lived his young adult life in Russia, Alexander Abramov knows from experience the horrible situation with gay rights in these countries. For this reason, he is donating 10% of proceeds to the Russian LGBT Network, to help protect the gay youth of his native countries. The Russian LGBT Network is an interregional, non- governmental human rights organization that promotes equal rights and respect for human dignity, regardless of sexual orientation and gender identity. Alexander developed the idea for Uncovered three years ago when he first moved to New York City from Moscow. He had three motivations: the first was his love and passion for photography.

Second was his desire to share stories from his life that he thought a lot of people, especially the LGBTQ community, might identify with and would find interesting and inspiring. Lastly, he wanted to create; something he has loved to do his entire life. “I’m a man who is not afraid to open his soul,” he says. “Аfter all, I always remember, life only gets better when we are able to be honest and when we are willing to give something to others, especially our spirits.” Revealing his body for the book wasn’t as easy. “I grew up a very sick child,” he reflects. “I had problems with my lungs and at the age of 13, I underwent a serious operation on my intestines, which left me hospitalized for four months and put an end to my normal existence as a man. I was tall, 6’2", but very skinny, probably around 130 pounds.” 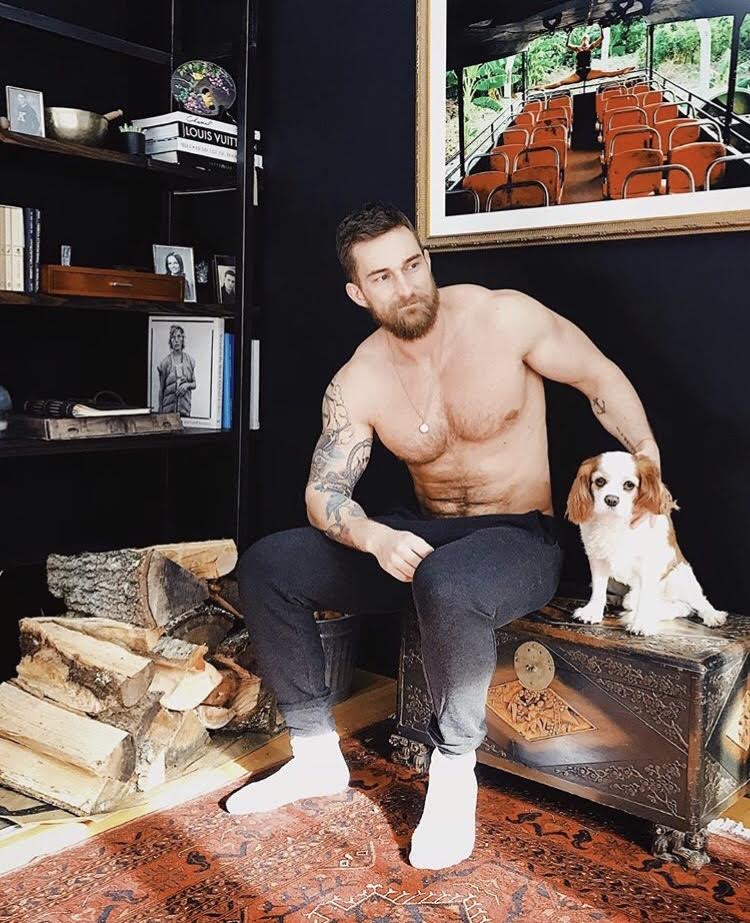 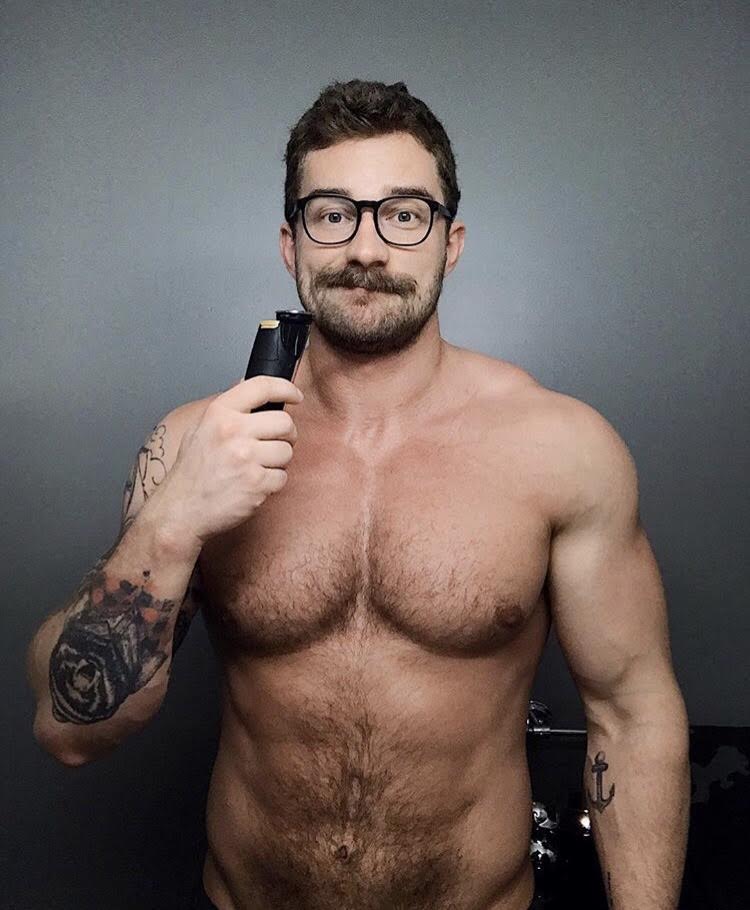 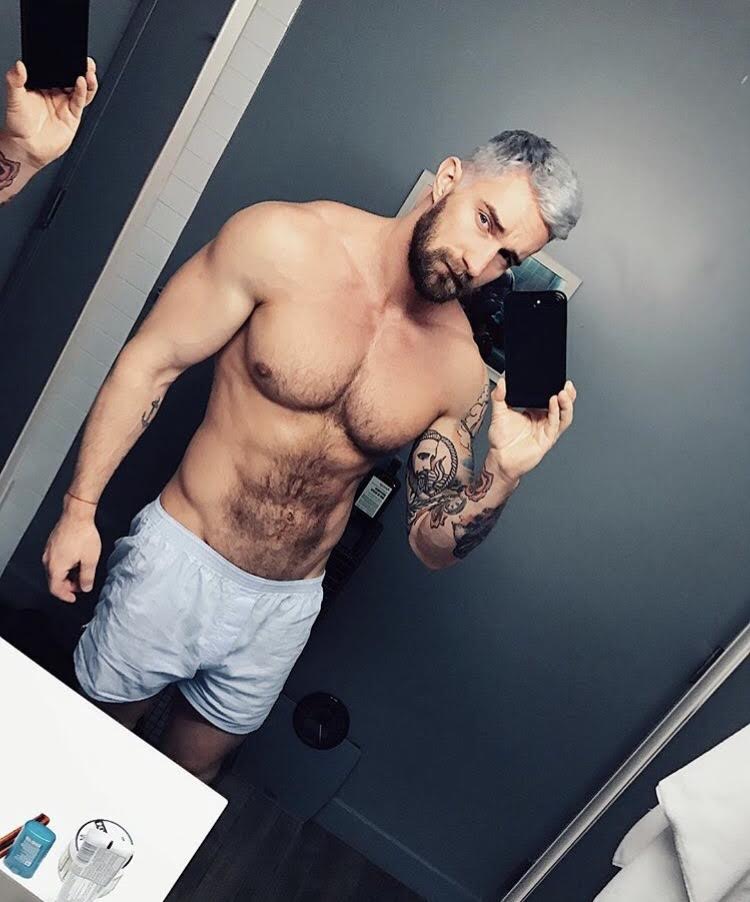 It wasn’t until Alexander was 20 that he started to think about going to the gym. It took over 10 years to get to his current weight of 230 pounds. He is finally at a point where he feels confident with his body. Still, posing for nude photos was something he had never done before. Alexander was careful and selective about using his nudity in a tasteful way. “Because I have known Dima for many years and he and I have done many photo projects together, it was not hard for me to take my clothes off. What was hard was to be naturally sexy, appear relaxed and to not pose too much. Of course, it is very difficult to surprise people in the age of universal exhibitionism, but these nude images that we captured definitely deserve some attention.” Taking clippers to his head for the second book, Mercenary, also required courage but he did it for the sake of the story. “I hope these beautiful images will resonate and inspire people to be the best versions of themselves, inside and out, as well as inspire them to travel to gorgeous places and live outside of their comfort zones.” Alexander Abramov began his career in media business as an assistant in a pr agency specializing in corporative events in his hometown of Karaganda, which is in Central Kazakhstan. After he moved to Moscow, he got a job at a magazine as a producer of photo projects. While there, he dabbled in fashion, creating a few collections that appeared on the runways of Russian Fashion Week. Russia, however, experienced a financial crisis and Abramov was forced to leave fashion for a more lucrative career back in PR, again as a photo producer. It eventually led to an opportunity in TV where Alexander Abramov became an executive producer of a makeover reality show on one of the biggest entertainment TV channels in Russia. He remained in TV for five years until he decided to move to the USA. 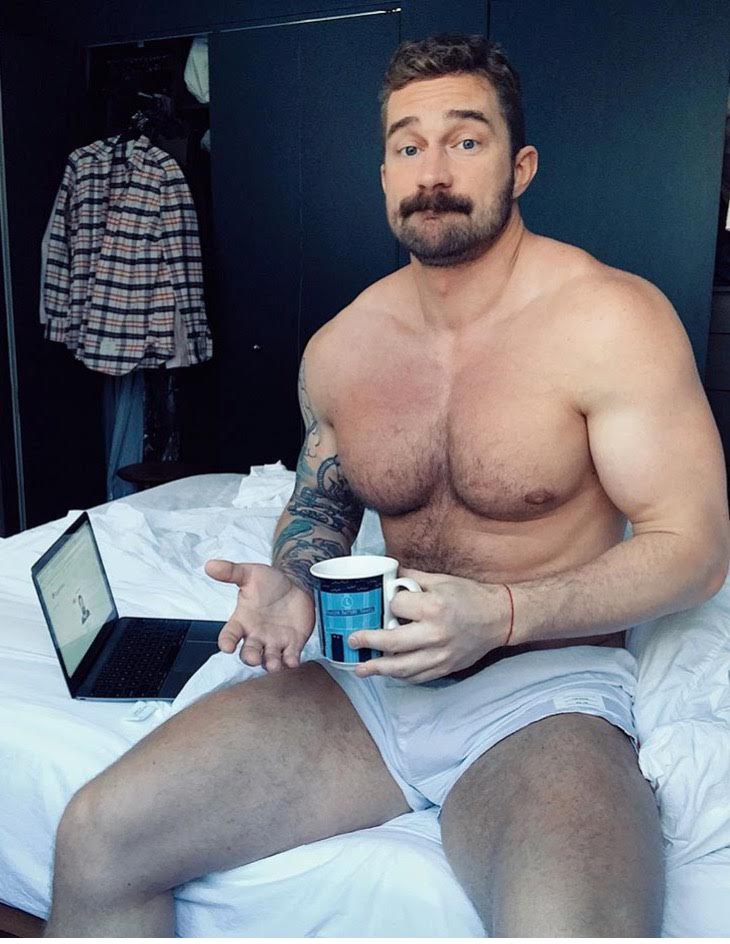 “It’s been a long, winding road to where I am now but all of my past experiences in magazines, fashion and TV have contributed enormously to the making of this series. They are all part of the fabric of the man that I’m excited to reveal in Uncovered.”