Slip Of The Tongue: Madonna's LIKE A PRAYER Costume Origin Story Comments (0)

Marlene Stewart, who did Madonna's costumes for some of her best videos back in the day, just let slip some new info: That incredible chocolate-brown slip Madonna wears in her “Like a Prayer” video was apparently originally made for Natalie Wood!

Stewart, speaking to Vogue, said she found the slip at the iconic Western Costume Company:

She used to wear lingerie as outerwear, so I found this incredible slip with built-in boning, and it had “Natalie Wood” the name inside of it, who it was made for. At the time, people used to make costumes and it had the name [of the celebrity] inside of it. It was used as an undergarment, but it was built like a dress because of the way they used to create costumes and slips. They had a lot more structure to them.

She said the slip's presence was a provocation in what was otherwise an arguably devoutly Catholic setting:

If you follow the tenets of the religion, there is something about showing lingerie, wearing lingerie as outerwear, which is very sinful in some way. She was playing with and pushing that boundary.

Speaking of Madonna, Catholicism and fashion, check out this amazing shoot by UMARACAIBO, who captures Madonna look-alike Jamie Auld ahead of the summer release of Madonna and the Breakfast Club, the feature doc about Madonna's early years in which Jamie stars as the icon. 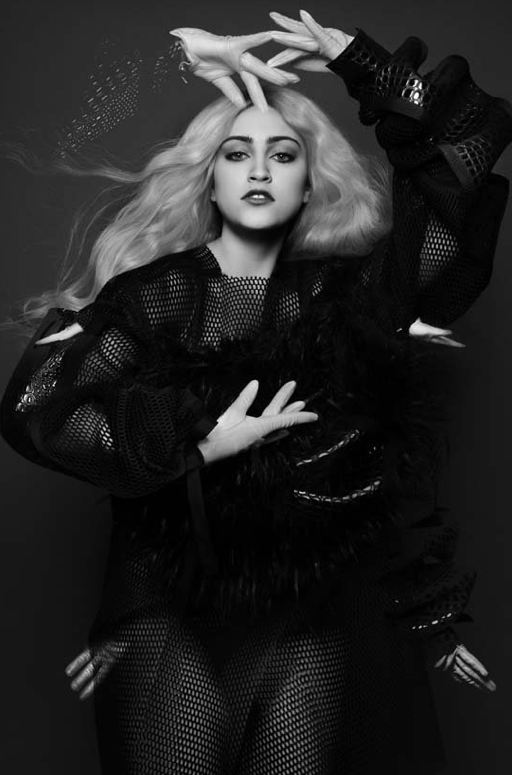