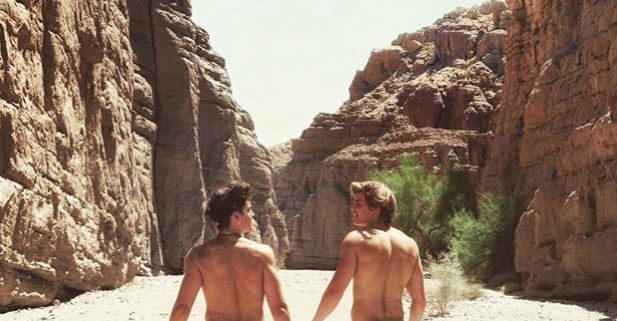 This couple has four sweet cheeks between them. (Image via Instagram)

GAY FLESHBOT (WORK UNFRIENDLY): Zander Hodgson and Troy Pes showed off their bountiful booties on Instagram, once again showing they've got the right stuff — and lots of it.

He pleaded — and was — guilty. (Image via mug shot)

JOE.MY.GOD.: Look, people like to complain that everyone wants to be outraged all the time. But this kind of thing is truly, truly outrageous. Trump is gushing about granting a full pardon to Dinesh D'Souza, the right-wing nut who used a go-between to give an illegal donation to a Senate candidate. D'Souza is so far to the right he was DENOUNCED by CPAC for making light of the Parkland shooting survivors. The U.S. might actually be unretrievable at this point; Trump is signalling his willingness to pardon anyone and everyone he likes. The system is being abused with glee.

Let me just say, one mother to another, do something about your dad’s immigration practices you feckless cunt!

This will be used all day by the right to claim hypocrisy, because they will fail to see that an admittedly harsh (and funny) name used by one woman against another is not the same as racism. In their world view, all insults are the same, and insulting a white lady of means is practically a capital offense. 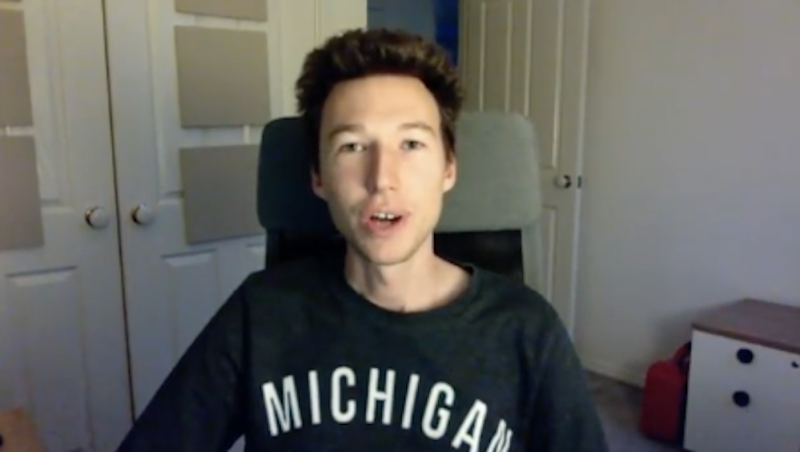 The Western Australian musician says “gays are an abomination.” (Image via video still)

JOE.MY.GOD.: Who knew that Tom Arnold was the saner, talented one?!

Roseanne, who told her fans not to defend her remarks (and then went on to retweet all their defenses anyway), is hinting she may (legally?) try to fight her show's cancellation. John Goodman's head-in-the-sand response to the controversy is pretty annoying. He should have more balls, like Michael Fishman, who unequivocally denounced Roseanne in a heartfelt way — only to have her dismiss him, and who is now worried about the jobless crew.

NYP: Some say The New York Post's base but clever Kim Kardashian/Trump cover is in poor taste and sexist, but when your entire brand is your ass, when you sell perfume bottles of your (admittedly stacked) body, I don't think it's sexist to make light of that. If this were Kirsten Gillibrand, we could have that conversation, but Kim IS her body. That she is currently trying to get one woman's life turned around (good for her) does not erase the odd humor of her being invited to the White House to speak on prison reform as if she were some kind of expert.

I hope she is successful, but I fear she is simply going to get her wish (because elites help elites and Trump is addicted to PR) and then come away thinking it means Trump is a good guy like her mentally ill husband Kanye West has been saying. Love her or hate her, Kim's been a good Democrat. So far.

LGBTQ NATION: Torin Hodgman, an eighth-grader (God, I was not ready to fight the system in eighth grade), wore a trans flag around their neck while Secretary of Education Betsy DeVos strolled through Grand Rapids Public Museum School.

INSTAGRAM: Aaron Jay Young shoots queer people better than most, and is now offering a series of 95 portraits of drag queens from RuPaul's Drag Con.

TWITTER: Gaga has been skipping meals! She's in NYC recording; rumor has it she's putting the finishing touches on her A Star Is Born soundtrack (and possibly recording with Tony Bennett again).

DLISTED: Brigitte Nielsen is pregnant at 54.