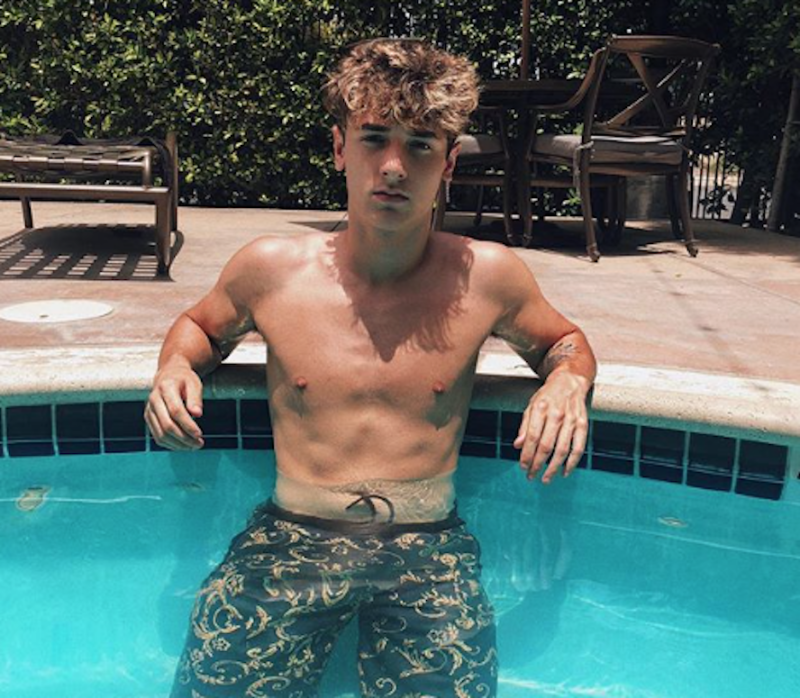 QUEERTY: Sarah Paulson, 43, is deeply involved with longtime partner Holland Taylor, 75 — and she doesn't care about people who think the relationship is weird:

If anyone wants to spend any time thinking I’m strange for loving the most spectacular person on the planet, then that’s their problem. I’m doing just fine.

HUFF POST: Because it was beginning to look like Kim Jong-un was going to back out of the much-ballyhooed June 12 peace summit between the Koreas and the U.S. prematurely announced for June 12 in Singapore, Trump abruptly canceled the meeting, and he did so (1) without notifying South Korea of his decision in advance, and (2) by misspelling Kim Jong-un's fucking name in his regrets.

Trump is a tool and so is anyone who ever believed he had the ability to affect anything but negative change. NEWNOWNEXT: H&M launches its first Pride collection. And if you don't like that one, try American Apparel's own LGBTQ pride line: 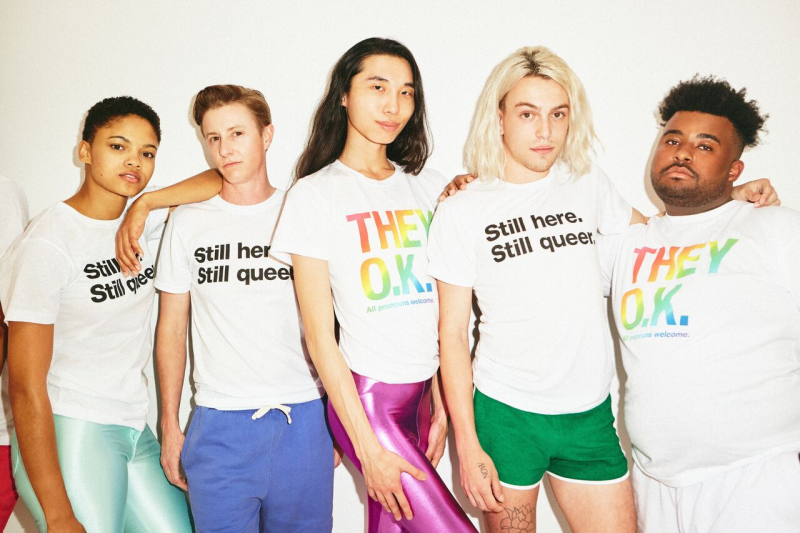 We are family! (Image via American Apparel)

USA TODAY: David Ermold, one of the men denied a marriage license in Kentucky because Kim Davis is anti-gay, won't get a chance to unseat her in November. Emold flopped in the Democratic primary, losing to Elwood Caudill Jr., a more seasoned candidate who has run for the position before. There is still a good chance Caudill Jr. will wallop Davis — who ran unopposed as a Republican — in the fall.

JUST JARED JR.: You won't find many pronouns on the new Shawn Mendes album, and that is mostly due to his intense working relationship and friendship with hitmaker Teddy Geiger, who has recently been transitioning:

MOSES FARROW: Mia and Woody's son Moses has consistently denied that his sister Dylan could have been molested by Woody Allen, and now writes a long and detailed account of why. Ronan Farrow, their brother, steadfastly stands behind Dylan — but it bears mentioning that Moses was old enough to remember what happened (although he could be wrong or lying), while Ronan absolutely was not. The train-set detail is particularly troubling. 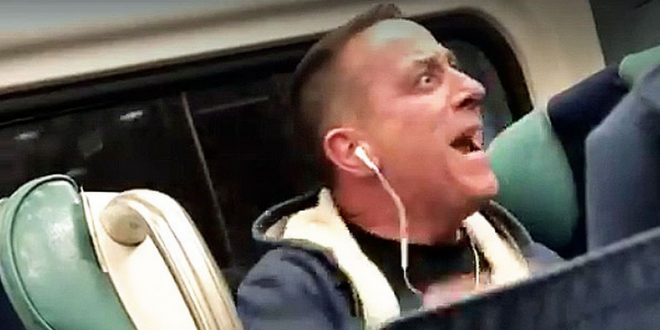 JOE.MY.GOD.: Hate-crime charge for the loony LIRR passenger who went off on a racist tirade because a fellow passenger was talking too loudly on her phone.

HOWARD STERN: Gwyneth Paltrow recalls the time Harvey Weinstein made an inappropriate pass at her in a hotel room, describing being blindsided and expressing love for then-boyfriend Brad Pitt, who she says threatened to kill Weinstein.