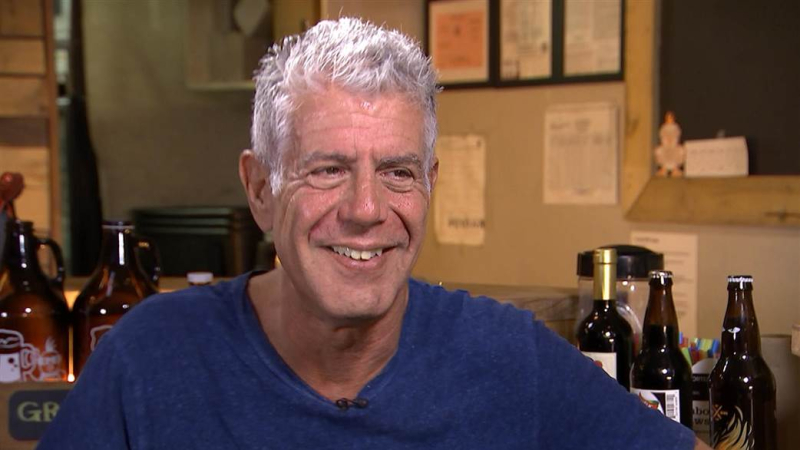 Internationally famous chef Anthony Bourdain is dead at 61 after hanging himself in his hotel room in Strasbourg, France, ExtraTV reports.

Bourdain's suicide is hard to grasp, he was such a proponent of wringing every bit of life out of  ... life.

Bourdain was in Frances shooting an episode of his Peabody Award-winning Anthony Bourdain: Parts Unknown for CNN. He was found, unresponsive, by fellow chef Eric Ripert.

Bourdain, the mouthy, earthy, ultimately charming bad boy of cooking, had battled heroin addiction in the past and was a frequent and loud critics of men accused of wrongdoing as part of the #MeToo Movement. He had dated Italian actress Asia Argento, one of Harvey Weinstein's accusers, since late 2016, though it is unclear whether they were together at the time of his suicide.

The raconteur shot to fame after a 1999 New Yorker article was expanded into his best-selling book Kitchen Confidential: Adventures in the Culinary Underbelly. That book led to others, and to a string of TV shows, most importantly Anthony Bourdain: No Reservations and his current winner for CNN.

Bourdain is survived by his 11-year-old daughter, Ariane.