My friend Michael Michaud posted today about an event that happened nearly 41 years ago, and that 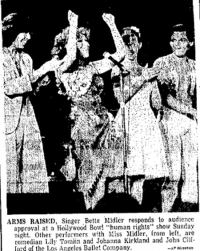 will forever stay with him — a benefit concert in favor of gay rights at a time when Anita Bryant was on the warpath to ensure that all gay people were disenfranchised even more than we already were.

His remembrance of being struck with a bigot's baseball bat, then having to endure (bisexual) Richard Pryor's homophobic, probably coked-up outburst from the stage is riveting.

Bootleg Betty also has a piece on how that evening went. Shocking that Pryor did that at such a fledgling moment for gay rights.

A bio of Pryor recalls the evening like so, and here's how Jet recorded the evening, starting with a slam that it was pompous to be about gay rights: 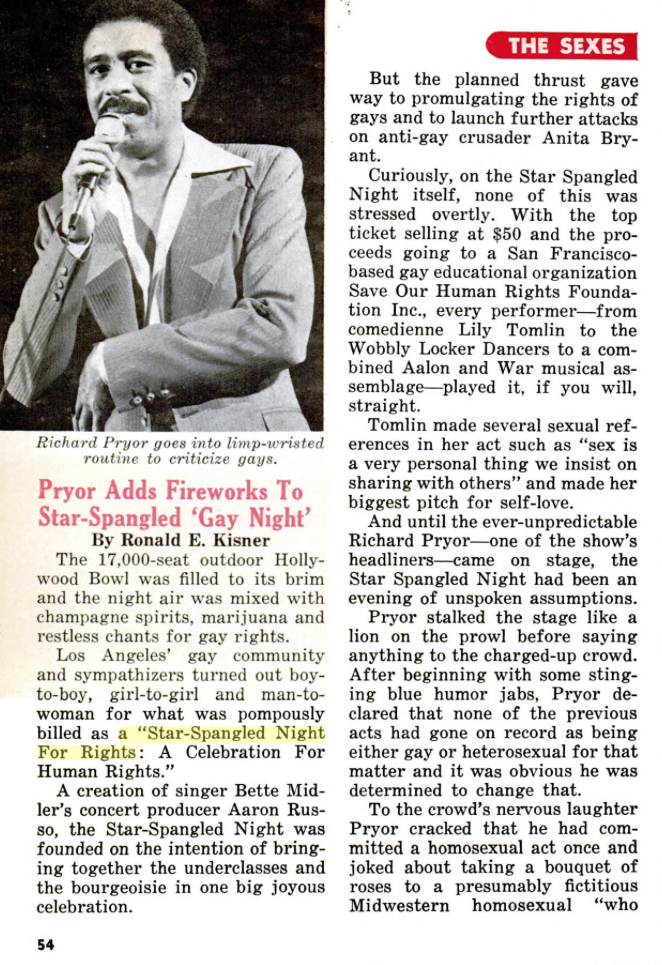 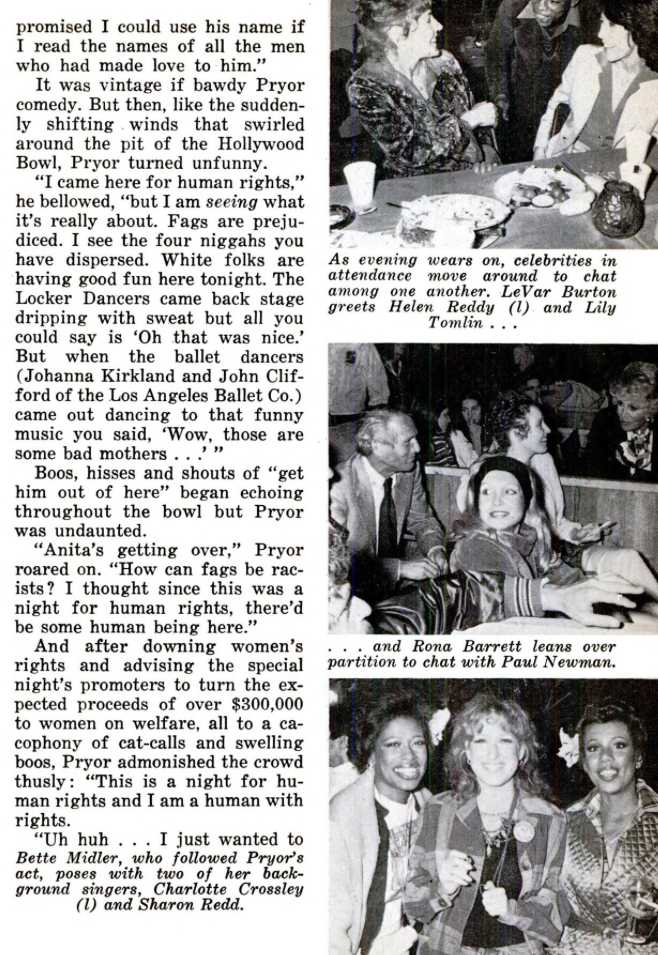