Conrad Ricamora On SOFT POWER, THE KING AND I & That Despot Trump Comments (0) 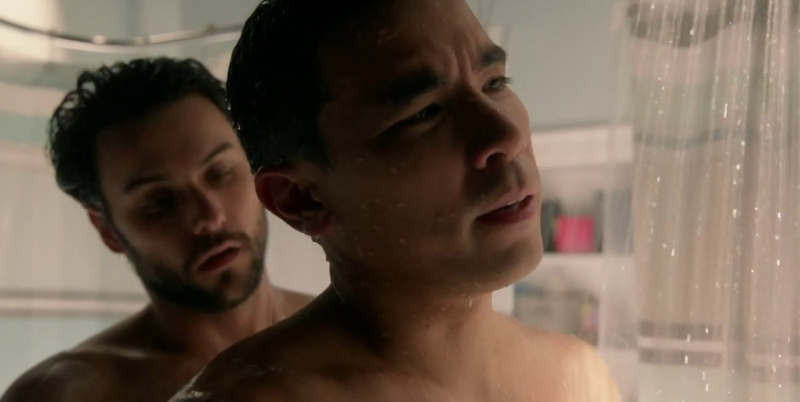 How to Get Away with Murder star Conrad Ricamora grants an exclusive interview to Broadway World, talking about originating a role in the new musical Soft Power, Trump's racism, and being tormented by bullies as a teen ...

The new musical he's in — playing through July 8 in San Francisco — is a joy for him:

I tell them it's a play that turns into a musical. After a traumatic event, it centers on the 2016 election, racism and politically charged issues, like gun control. But you can't describe Soft Power in one sentence, and that's what I love about our show.

The archaic nature of The King and I, in which he appeared:

Even when you do The King and I with as much integrity as you can can, the King comes off as a comedic device. It's nice to turn that on its head [in Soft Power]. Usually, it's the white foreigners who come to the exotic land and teach the natives how to live. We [Asians] have always accepted that [stereotype] because we didn't have anything else. But now it's nice to be part of the change.

How to not let Trump get away with murder:

Omigod. It's still reverberating. I went into a period of mourning. Then, I went into a period of action. We need to stay on top of this. We've got a leader of our country who legitimizes white nationalists. And the Muslim travel ban that just passed is because [Trump] got Neil Gorsuch onto the Supreme Court. It's unfathomable and ridiculous how much racism is now part of [his] presidency. This fall and at the next presidential election, it's so important to mobilize and stand up for compassion and stare down this bigotry.