Not exactly wearable, but adorable! (Image via Adriano B.)

F*CKING YOUNG!: Adriano B. turns in a fun photo essay of the Moschino line. The models are fashionably hot.

Nolan's VPL is the real view (Image via Instagram)

The gang's all queer! (Image via EW)

EW: The cast of the American Queer as Folk have reunited for the first time since the series ended! Actor Peter Paige said of the groundbreaking series:

People came for the queer, they stayed for the folk.

“Two of the survivors of the Pulse attack came up to me and said, “We just wanna thank you all for having done that story line about Babylon [nightclub getting bombed.]” They were just very teary, and I feel that there are so many aspects that have stayed current.

Great pic and vids of the momentous occasion.

YOUTUBE: A trip into Troye Sivan's garden — via “Bloom” — is lush and sensual:

KENNETH IN THE (212): Random cute dude in his underwear. 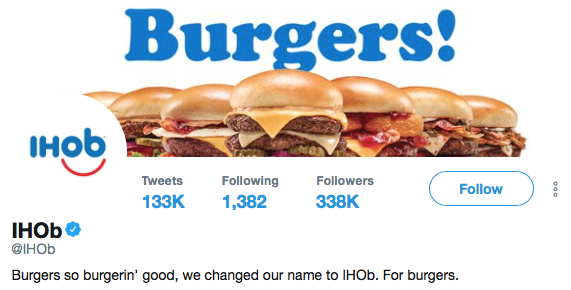 Pass. (Image via IHOB, or whatever)

TWITTER: IHOP has become IHOB. It was presumed that the B would be for breakfast, but turns out it's for burgers. What the hell? No.

NYC #lovers, I'm excited to announce I will be playing an intimate #Golden show at @BoweryBallroom on 25th June!! 💫 Tickets go on sale this Wednesday, 10am EST. pic.twitter.com/UymqTiunDe

HUFF POST: Ohio is aggressively purging infrequent voters from its rolls, an action that disenfranchises voters, makes it harder for them to vote, and disproportionately affects minorities (who skew Democratic) — all of which are not side effects but reasons why the Republicans there implemented the law. And now, SCOTUS has ruled (5-4, thanks again, those who didn't vote for Hillary Clinton) that this is A-okay.

TWITTER: Kylie Minogue will play an intimate show at the Bowery Ballroom in NYC June 25. Tickets go on sale Wednesday.

TWITTER: Kathy Griffin is donating $2 from every ticket sold to one of her shows (as long as it's purchased in June) to the Trevor Project, and she's got Colton Haynes helping her break the news:

Big announcement with @ColtonLHaynes. For the month of June I’m donating $2 from every ticket sold (no matter when the show is)
to the @TrevorProject which focuses on suicide prevention with LGBTQ youth. Tried to get him to take his shirt off!

YOUTUBE: Andrew Garfield's Tony acceptance speech was a full-throated endorsement of the LGBTQ community, and of equality and love:

YOUTUBE: Watch survivors of the Parkland shooting belt “Season of Love” at the Tonys: