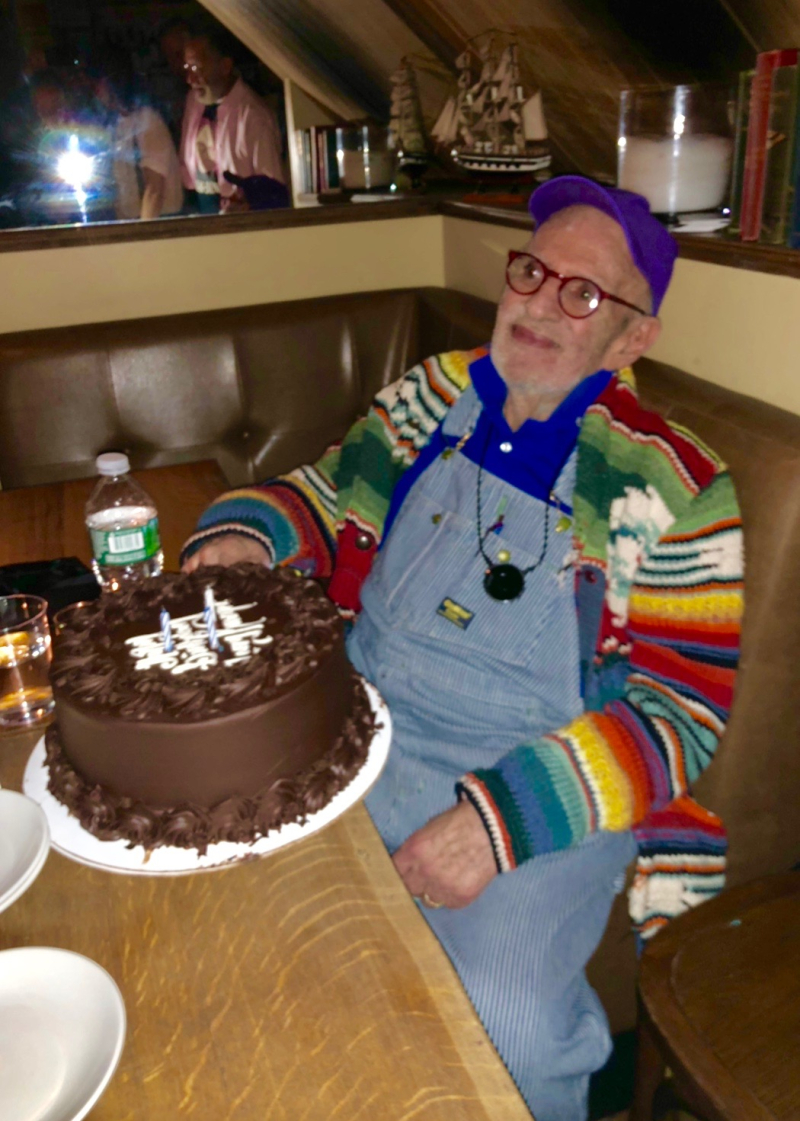 on a generation of gay men. For me, a person barely touched by the AIDS crisis on a one-on-one level, I was nonetheless in his thrall as I read the bitterly funny Faggots, which certainly informed Boy Culture.

So it was a thrill to share air with him again, this time on the occasion of a reading of his 1992 play The Destiny of Me by Eric Bogosian, Ellen Barkin, Gideon Glick, Josh Hamilton, Lee Pace (on his night off from Angels in America), Mark Ruffalo and Edie Falco at the Lucille Lortel.

Scintillating play! So well-observed and such a classic story of growing up gay. 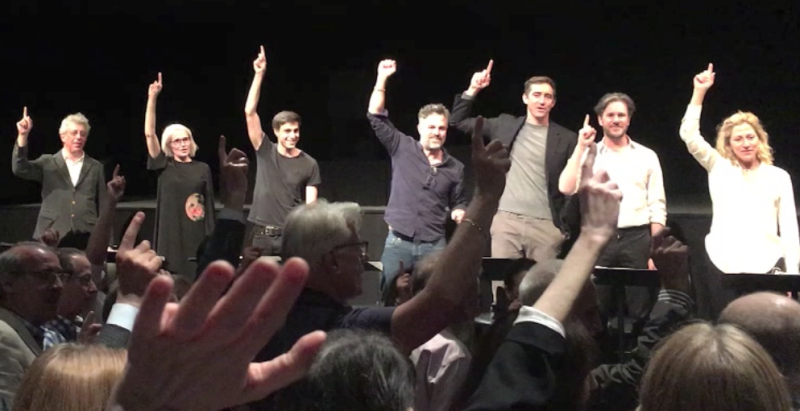 Beore the reading, Kramer received well wishes via messenger from Mayor Bill de Blasio. After, it was cake in the theater and at an after-party.