Below: Keep reading for a tennis stud, Countess Luann's latest embarrassment, a progressive earthquake that Trump thinks benefits him, Cher's review of a musical about her own life, gay history, and much more ...

DLISTED: Gay  men — why do you tolerate, let alone like or patronize, Countess 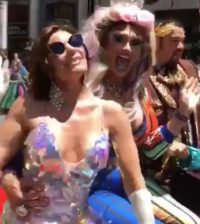 Luann de Lesseps? This elitist troll voted for Trump, has ZERO talent, and now is accused of being a total bitch during San Francisco Pride. Enough! I don't mind making harmless stupid people famous, but why give them the keys to our community?! I can't imagine spending money on her cabaret act. Camp value only goes so far. 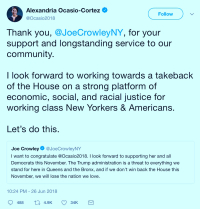 possible blue wave has not yet lost momentum. Most interestingly, Democratic Socialist Alexandria Ocasio-Cortez unseated Rep. Joe Crowley (D-New York) in the Democratic primary, a total shocker. The media wants this to be a condemnation of Democratic leadership, but I see it as nothing but bad news for the right — Democrats are voting, and they will, at times, bypass perfectly acceptable, middle-of-the-road Dems in favor of balls-out progressives. Either/or, I'll take them.

By the way, Crowley was beyond gracious in defeat, immediately giving Ocasio-Cortez his full support and playing (he's a rocker!) Born to Run in her honor — doesn't sound so very fractious to me, Trump:

Now @JoeCrowleyNY is playing guitar. He dedicated the first song to @Ocasio2018 — “Born to Run”
@ pic.twitter.com/U3sx6mth90

The show's producers are tearing their Cher out over these comments! (Image via GIPHY)

DLISTED: Cher gives an honest assessment of the musical based on her life, praising some of it and saying other parts are ... not so good:

Some parts of it are really fabulous. We’re going to work on the other parts. In many parts, it was much, much better than I thought it would be. And there were no parts where I wanted to gouge my eyes out. It needs work. I’m not supposed to say that but I don’t care.

FACEBOOK: Stephen Saban, fondly remembered as a raconteur and chronicler of NYC nightlife (that Details column!), has passed away. Michael Musto's remembrance is beyond fond:

OCCUPY DEMOCRATS: Why do so many of the racist incidents that are caught on video lately star fat white ladies?! Girls, what is making you so unhappy that you ignore being a woman and feeling the societal B.S. that goes along with it and embrace patriarchal, racist behavior? Are you that desperate to be accepted? At least this one is in trouble with the law for her behavior:

TWITTER: FUCK civility, and let the harassment begin: Students protesting Mitch McConnell gOt an earful (and a pointy-pointy finger) from McConnell's wife, nepo-tastic Secretary of Transportation Elaine Chao, during a protest action. Remember that McConnell stole a SCOTUS seat that has led to several lifetime-lasting anti-progressive decisions, and then gloated about his theft on social media:

“Leave my husband alone.” Trump Sec of Transportation scolds students (with her finger no less) that they don’t have right to criticize @SenateMajLdr Mitch McConnell.

In America, they sure do, @SecElaineChao. Why don’t you leave the Constitution alone?pic.twitter.com/Z49o06XHTA

GAY STAR NEWS: The British Museum is set to showcase LGBTQ links that go back 11,000 years in a new exhibit, which will include the Ain Sakhri pebble, the world's oldest depiction of same-sex copulation. 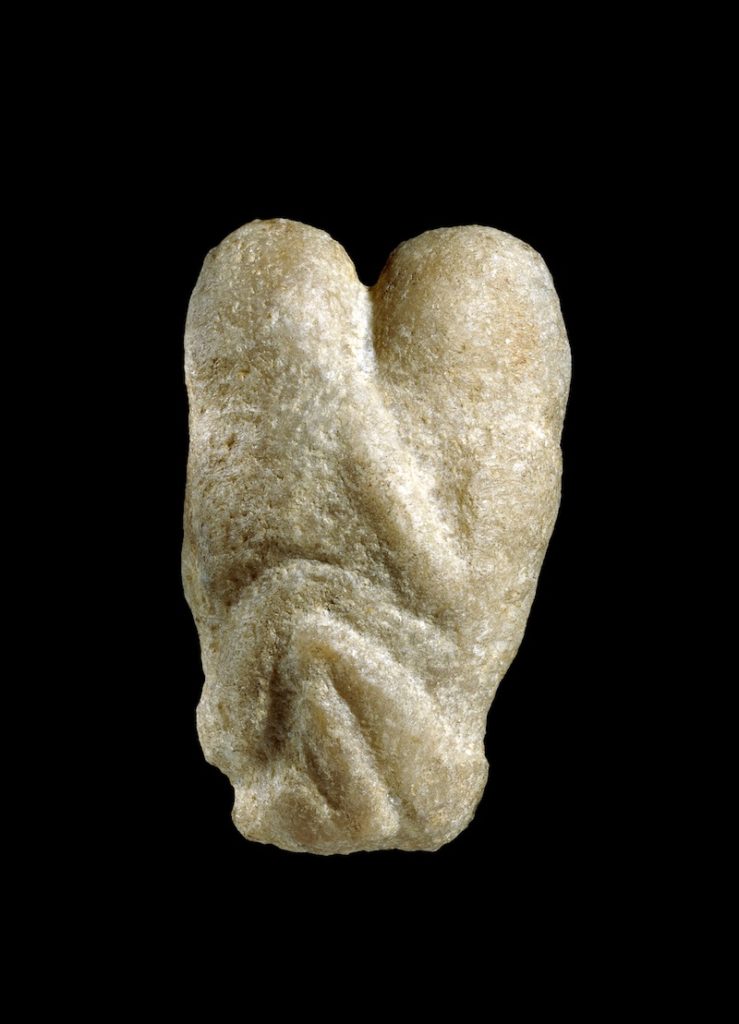 NEWNOWNEXT: Demi Lovato isn't accepting the mantle of gay icon passively — she launched a Pride push to raise money for GLAAD that seeks $30,000.

I’m celebrating Pride by raising money for GLAAD, an organization that has been fighting for LGBTQ+ inclusion and justice since 1985. Join me here: https://t.co/ishF4PegOv pic.twitter.com/M6eAXO6OIg

GAY FLESHBOT (WORK UNFRIENDLY): Bear Grylls and Derek Hough hung out in their boxer-briefs, and made sure a camera was on the invite list.

QUEERTY: Lakeith Stanfield of Get Out fame posted — then quickly deleted— a homophobic video on Instagram. Come on, man.