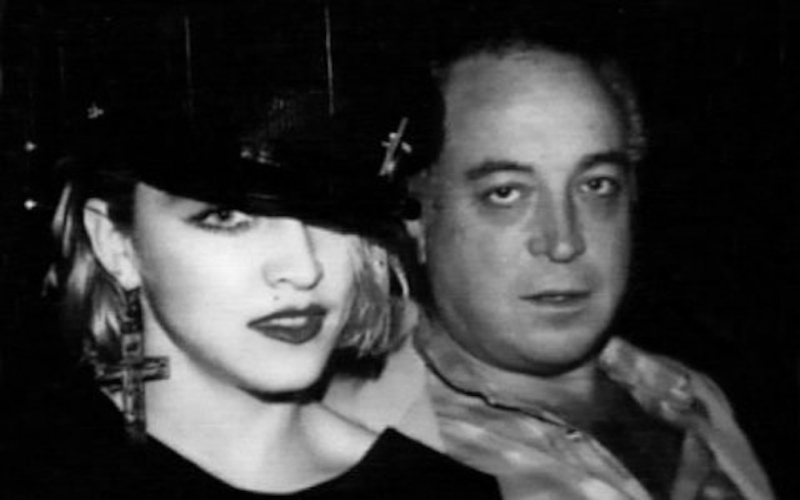 On the occasion of Madonna's upcoming 60th, legendary music exec Seymour Stein, 76, has written an exclusive reminiscence of signing Madonna from his hospital bed, an oft-told story, but one that unlike human beings (even superhuman beings like Madonna) never gets old ...

Months before, Mark had started dropping hints about a dancing beauty who had introduced herself to him at Danceteria, the number-one downtown New York club. She charmed the pants off him, literally, and played him a self-made demo of a song called “Everybody.” He had reworked and revamped it and I was finally hearing it.

By the time Madonna walked into my hospital room, my hair was good and I no longer smelled like a farm laborer. Of course, she took one look at the tube stuck into my skin and squirmed. Not that she really cared about my predicament. She’d come to get a record deal before this old record guy croaked, along with his cheque-signing hand.

She was all dolled up in cheap punky gear, a club kid who looked absurdly out of place in a cardiac ward. She wasn’t even interested in hearing me say how much I liked her demo. “The thing to do now,” she said, “is sign me to a record deal.” She then opened her arms and laughed. “Take me, I’m yours!”

She didn’t take long to cut through the smalltalk. “And now,” she said, “you give me the money.”

“What?” I snapped, a little irritated. I had no idea she was broke and hoping to leave the hospital with a cheque.

“Look, just tell me what I have to do to get a f***ing record deal in this town!” she hit back, sounding deflated.

And the rest is herstory.

The Daily Fail, er, Mail is on a Madonna kick, it seems — they've also published an entertaining and lengthy piece by a woman who has interviewed Madonna seven terrifying times.