Above: To me, he's gotta be best in show!

Below: Keep reading for the Walking Dead gay-porn affair, a Will & Grace gag reel, a hysterical drag parody of the news, and more ... 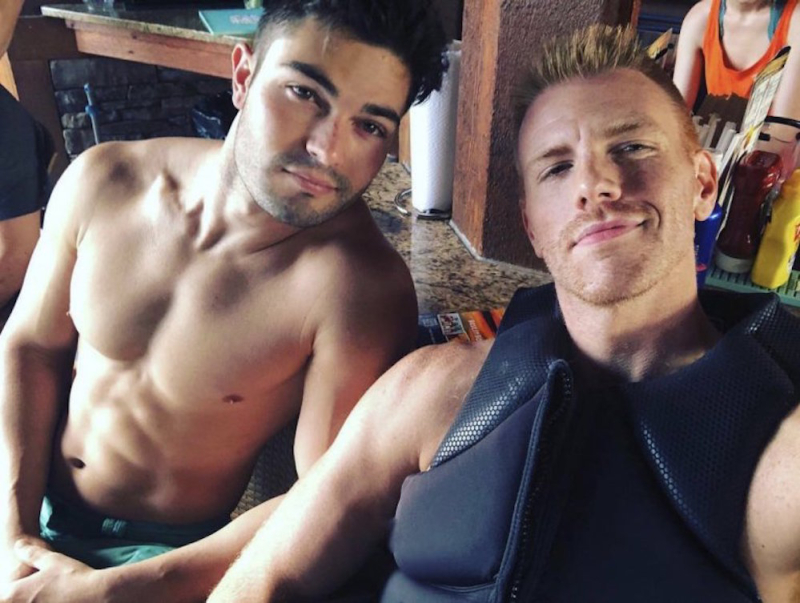 INSTAGRAM: The Walking Dead's Daniel Newman surprised fans by posting shots of himself hanging with a new pal, the instantly recognizable gay-porn star Tanner of Sean Cody fame. Newman reacted to fans commenting that he doesn't discuss his personal life, but he is on the record as gay.

Both hot guys, and hope they're having fun — but is it me, or do they sound like they're intentionally lowering their voices in the videos? The walking butch!

WAPO: Laura Bush, who is all but apolitical, penned a scathing take-down of Trump's baby-snatching ways this weekend. I never dreamed the Bushes would look good compared to any other presidential family.

This just in from @davidbegnaud: Border Patrol has reached out to @cbsthismorning and said they are "very uncomfortable" with the use of the word cages. They say it's not inaccurate and added that they may be cages but people are not being treated like animals. pic.twitter.com/0zSDqJszgK

JOE.MY.GOD.: Homeland Security Secretary Kirstjen Nielsen blatantly lies, claims Trump Administration has no policy on separating families at the border. This is why it's not always good news when women take on traditionally male roles — some women are assholes, too.

THE GUARDIAN: Great piece on how queer cinema is using the past in looking to the future.

UNIVERSAL PICTURES HOME ENTERTAINMENT: This gag reel from Will & Grace is at least as funny as the new episodes:

BOSGUY: This guy's Speedo might as well be made of Saran Wrap. Or hopes and dreams.

TOWLEROAD: The piece-of-shit Pope, who is supposedly sooo progressive, has reiterated that gay people can't form families. Asked and answered! 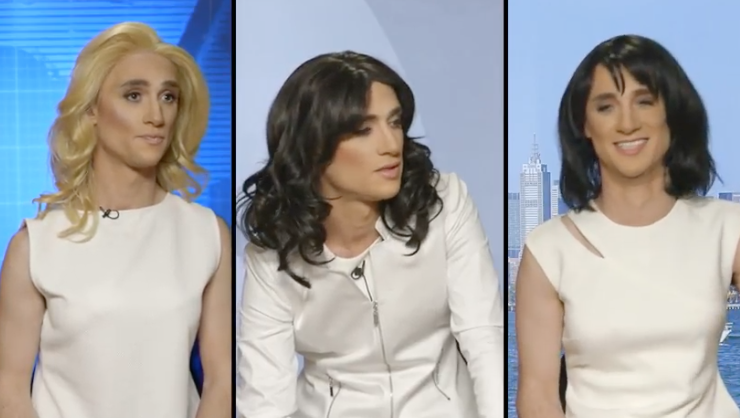 Yeah, it's an issue! (Image via video still)

OMG BLOG: Watch these bitches (aka this bitch) work it out all in white.

KENNETH IN THE (212): Some innocent guy got shot, yet Kenneth has time to ask, “But did ya see the ass on that shooter?!” 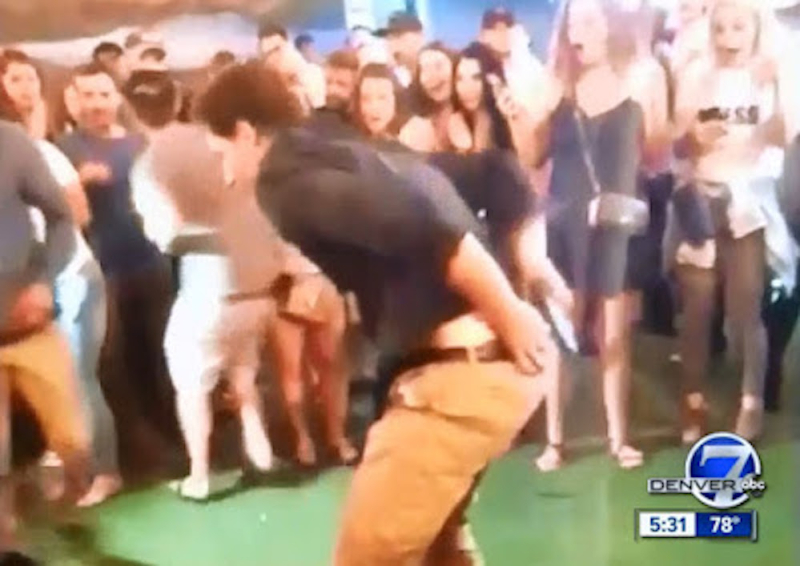