Below: Keep reading for a Hunger Games star's coming-out, the story behind that pic of the little girl crying at the border, Trump's trans ban swatted down (again), and much more ... GAY STAR NEWS: Amandla Stenberg of The Hunger Games comes out as gay:

EXTRATV: Queen Elizabeth's cousin, Ivar Mountbatten, plans to wed his male partner in what will be the first-ever same-sex wedding for the British royals. His ex-wife will give him away — do I think this is the very definition of the British stiff upper lip? I do!

Getty Images photographer John Moore tells the story behind his viral photo of a crying toddler at the border https://t.co/IS0jP72V4o pic.twitter.com/d7DRcFYIAN

CNN: Shooter John Moore describes how he got his instantly iconic image of a tiny Honduran child crying at the U.S./Mexico border.

TWITTER: Steve Grand's sophomore album, Not the End of Me, is finally (almost) here! Buy it now, signed or unsigned:

Pre-order now! Out JULY 6
CDs, vinyl, and signed copies available only at https://t.co/VEkdyQap01

Available in all digital retailers as well :D pic.twitter.com/imcvjY8v0f

KENNETH IN THE (212): Big 'n' hairy in a playful Speedo always does the trick. Also, one SQUATTING in a Speedo works wonders.

POLITICO: Mueller is plowing over Trump's efforts to kneecap him. 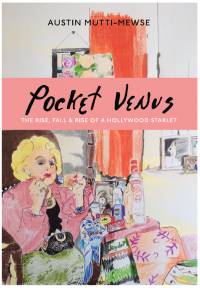 GR8ERDAYS: Fascinating new book on a film star in decline — Pocket Venus: The Rise, Fall & Rise of a Hollywood Starlet.

LGBTQ NATION: The Pride-tastic snake that was born this way: