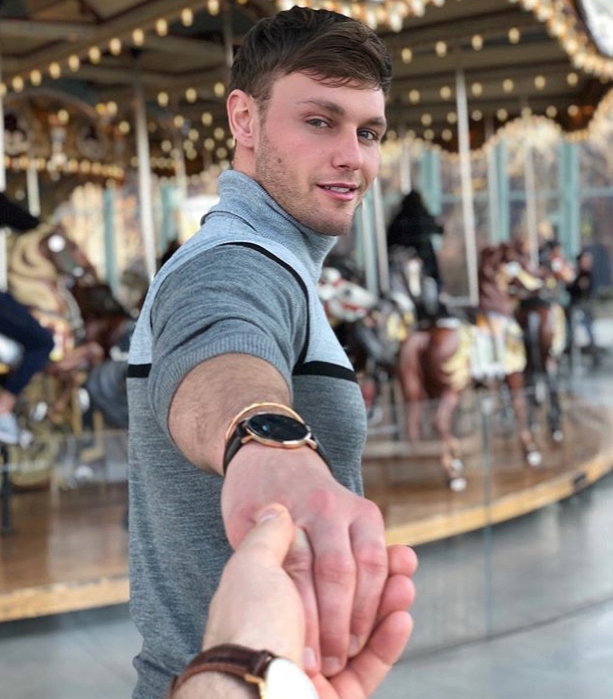 Take my hand. Now, my third leg. (Image via Instagram)

GAY FLESHBOT (WORK UNFRIENDLY): Charles-Laurent Marchand's got a huge one. 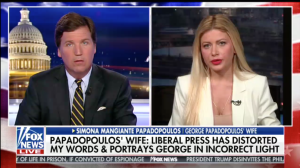 Homeboy is going to either wind up in prison or get a highly controversial, self-incriminating pardon from Trump.

TPM: This is fascinating. George Papadopoulos is in the hot seat, cooperating with Mueller, and yet his wife seems to have gone rogue on TV, claiming he's been set up by the Deep State and all but begging Trump to pardon him. Our democracy is in ruins. I don't see how the U.S. truly recovers, so it wouldn't surprise me if Trump pardoned fucking everybody and then just crossed his arms and waited to be impeached.

BBC: The European Union's top court has ruled in favor of a Romanian who sued in order to have his legal husband (under U.S. law) live with him in Romania, a huge win for LGBTQ rights. The Romanian government does not recognize same-sex unions, and had fought this tooth and nail. 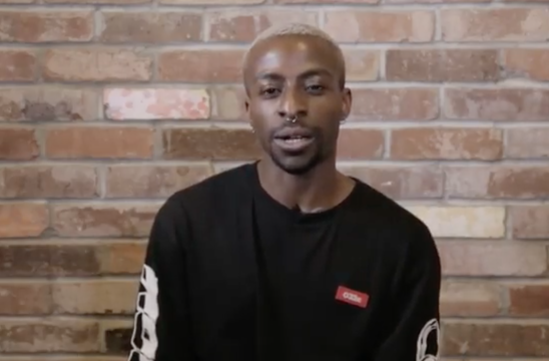 THE HILL: Trump has disinvited Super Bowl champs the Philadelphia Eagles from visiting the White House, trashing them for being disrespectful over the #TakeAKnee flap. In so doing, he has enraged many in Pennsylvania, one of the typically Dem states that helped ensconce his royal high- (coke's a helluva drug) -ness in the White House in the first place.

The Philadephia mayor's response to Trump is priceless: He called out Trump's draft-dodging and narcissism:

The Eagles call the birthplace of our democracy home, so it’s no surprise that this team embodies everything that makes our country and our city great. Their athletic accomplishments on the field led to an historic victory this year. Fans all across the country rallied behind them because we like to root for the underdog and we feel joy when we see the underdogs finally win. I’m equally proud of the Eagles’ activism off the field. These are players who stand up for the causes they believe in and who contribute in meaningful ways to their community. They represent the diversity of our nation — a nation in which we are free to express our opinions.

Disinviting them from the White House only proves that our President is not a true patriot, but a fragile egomaniac obsessed with crowd size and afraid of the embarrassment of throwing a party to which no one wants to attend.

City Hall is always open for a celebration.

When will this long national nightmare end?

FACT CHECK: Not a single @Eagles player took a knee or stayed in the locker room during the National Anthem last season, per NFL source. https://t.co/35VlL0zckl

GR8ERDAYS: RIP William Phipps, an actor who debuted on the big screen and on TV in 1947, and who was the voice of Prince Charming, appeared in sci-fi classics like War of the Worlds (1953), and whose final role was in the broad gay comedy Sordid Lives (2000.)

TMZ: Top Chef Masters star Art Smith is urging LGBTQ bakers to rally, and to fight back against the SCOTUS Masterpiece decision.

POLITICO: Meet Jon Delaney, a little-known Maryland congressman who wants to be the Democratic nominee for POTUS in 2020 — real bad.

USA TODAY: Miss America is doing away with the swimsuits. No, not getting naked — the org will no longer judge women in a swimsuit competition. Gretchen Carlson, who is a Board of Trustees Chair, went so far as to say Miss America is “no longer a pageant.”

NME: Star Wars fanboys have bullied The Last Jedi (2017) star Kelly Marie Tran right off Instagram. Her infraction? Having the temerity to be an Asian in a Star Wars film.

GR8ERDAYS: Renée Taylor, most famous as Sylvia Fine on The Nanny in the '90s, is returning to her Off-Broadway roots in a revival of her one-woman show My Life on a Diet — at 85 years old! Bless.