Do We Like Cartoon Network's Lesbian Proposal? We DO! Comments (0) 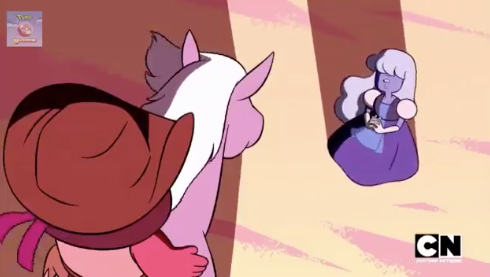 Keep reading to watch — they did this way better than Chance the Rapper ...

Next episode: The wedding!

Steven Universe is the first series independently created for Cartoon Network by a bisexual woman, Rebecca Sugar. She's been nominated for multiple Emmys for her work on this and on Adventure Time (2009-2012; 2015).