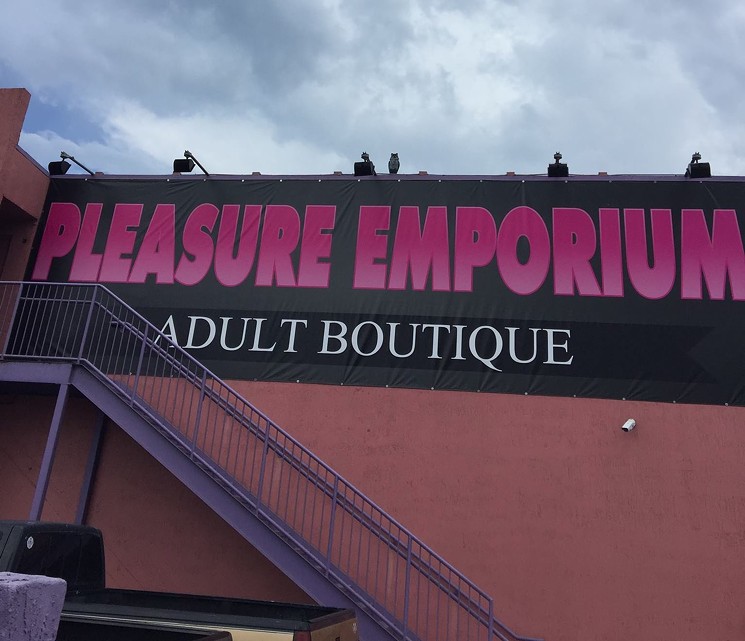 Technically, they're breaking the law. Anyone with a sense of humanity knows it shouldn't be illegal to engage in this behavior in places where it is sought and is expected, yet not only did the cops raid the joint for the second time this year, numerous local outlets published the names and mug shots of the men who were arrested. There is no chance in hell they didn't maliciously out at least some of them in the process, and all were publicly shamed — and for nothing.

Kudos to the Miami New Times for this editorial. Key portion:

The stories committed some of the most clichéd and obvious sins of crime reporting, from unnecessarily publishing mug shots, to the uncritical parroting of police-department propaganda, to using sex as an obvious click-traffic grab, to — in the Herald's case — joking that the people who just needlessly had their lives ruined by a local police department were all watching Rocky Horror Picture Show.

Their story led to some of the outlets removing the salacious details, names and mug shots.

Even more damningly, the paper notes:

While it's spending time busting gay men for consensual sex, Hollywood PD doesn't seem all that excited to investigate actual sex crimes. In 2014, HPD reported it had 94 rape kits sitting in storage, and some hadn't been tested for as many as nine years. The police department didn't even bother filling out a rape-kit-backlog survey the Florida Department of Law Enforcement published in 2016. The Sun Sentinel reported that HPD submitted blank documents instead.

The cops need to get their fucking priorities straight, across the country.