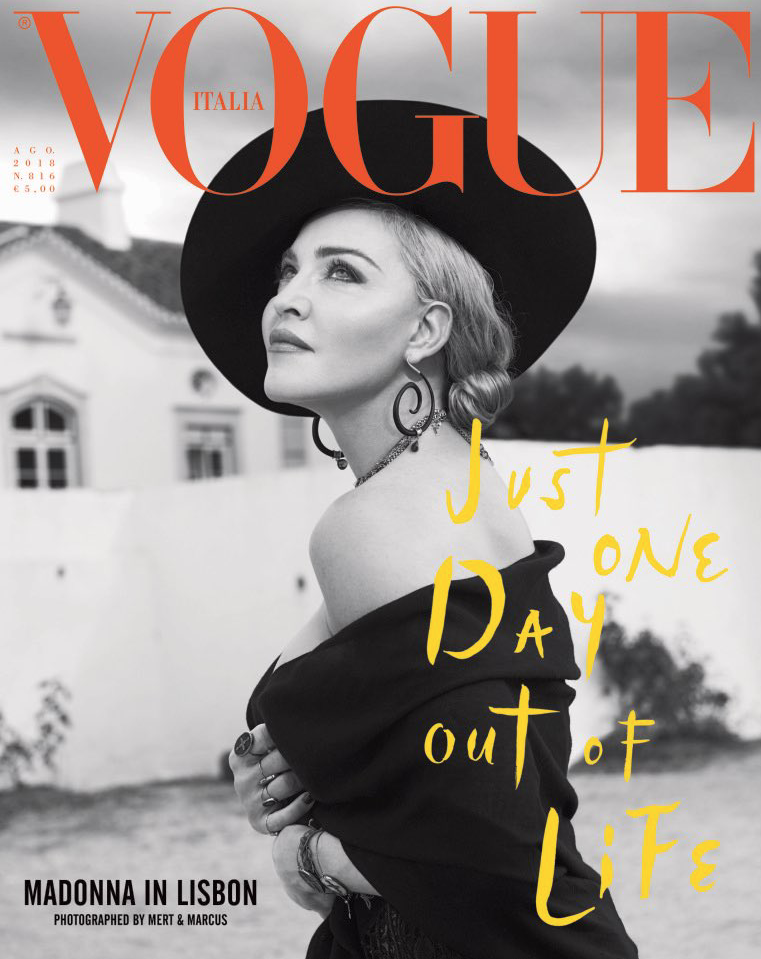 I love a candid, haha! (Image via Vogue Italia)

MADONNATRIBE: Madonna looks like a stunning lady of the manor — but still herself (unlike that British incarnation with Mr. Ritchie of a few years back) — on the cover of the next Vogue Italia.

HUFF POST: Rudy Giuliani, who is somehow still Trump's lawyer, has now changed Trump's defense from “no 'colusion'” (sic) to “collusion is not a crime.” So Republicans would've been cool if Obama had colluded with Saudi Arabia to get dirt on McCain and/or Romney? Yeah, because I wouldn't be okay with that and I'm betting they'd be calling for his hanging had he done anything of the stort.

Yellow, not so mellow  (Image by Philippe Vogelenzang)

PORTIS WASP: Lucca Schlenker shot by Philippe Vogelenzang for Made in Brazil.

CNN: SCOTUS Justice Ruth Bader Ginsburg isn't going anywhere — at least not by choice. She told an audience following a play about the late Antonin Scalia that she thinks she has about at least five more years in her for the job. Fingers are crossed.

would be welcome to do another season of Master of None, Netflix says. Sanity prevails.

ICOLLECTOR: Wowza, today is the start of the massive Liza Minnelli auction! So much correspondence, plus her The Act and Cabaret costumes!

KENNETH IN THE (212): His abs have abs. (Not even sure if this dude has abs — but who cares with that everything else?!)

JOE.MY.GOD.: Kavanaugh ruled in Trump's favor in an anti-union case.