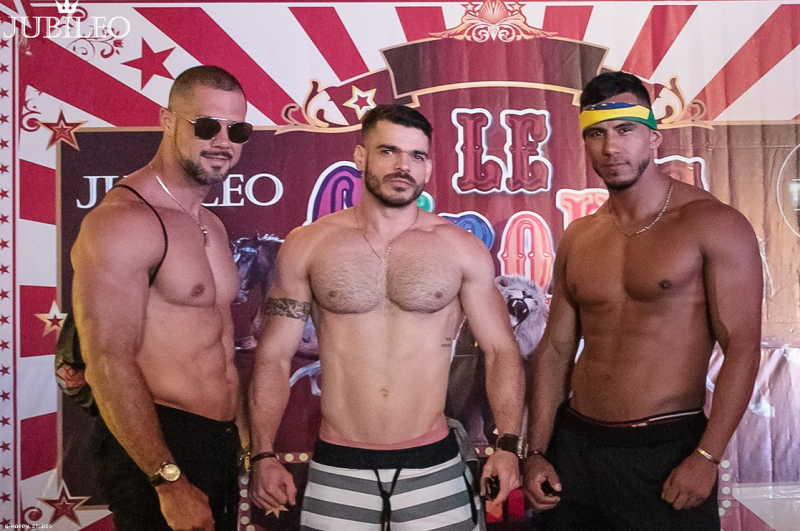 Meat the f*ckers! (Image by Hector Quintero of Jubileo)

HUFF POST: Bravo to Gary Segura, Luskin School's dean, who called out The New York Times and its reporters right to their faces for their both-sides journalism, for normalizing Trump, for positing that he may be good for the LGBTQ community.

Wow, at an NYT event at UCLA, Luskin School Dean @GarySegura blasted and mocked NYT reporters in front of their faces for their both-sides journalism.
Predictably, those reporters were not happy. https://t.co/rxgEcii39d

BOSGUY: Everything you ever wanted to know about what to do during Bear Week ... 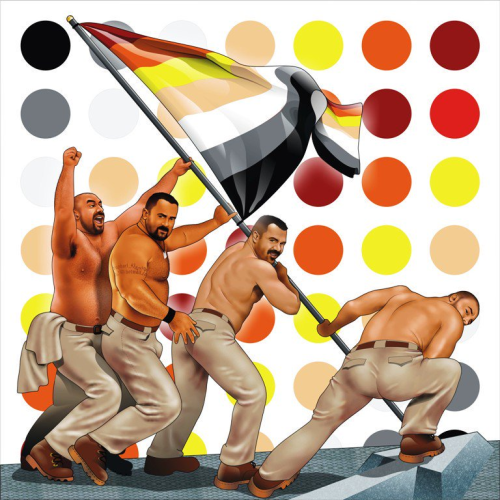 GAY FLESHBOT (WORK UNFRIENDLY): Shawn Mendes's alleged phone-sex audio has, er, leaked. Sure sounds like his voice, so i 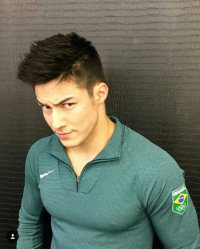 f it's fake, it'll still work if you dig him and phone sex.

POLITICO: Jim Jordan, who is denying he knew anything was up when he was assistant wrestling coach at OSU, used to take saunas with his teen charges and encourage them to trash talk, making it highly unlikely he was unaware of this:

Larkins Hall, the building that housed athletic teams, became such a well-known target that people who frequented it at the time have reminisced in anonymous postings online how easy it was to ogle naked members of the wrestling team.

The situation was so egregious that former wrestling head coach Russ Hellickson would at times have to physically drag the gawkers out of the building, several sources familiar with his actions at the time said. Hellickson also pleaded with the university multiple times to move their athletes to a private facility, the sources said. Jordan served as Hellickson’s No. 2, and the coach has been described as Jordan’s mentor.

The accusations could exacerbate Jordan’s troubles. He was the wrestling team’s assistant coach from 1986 to 1994 and has adamantly denied knowledge of any sexual abuse.

“I never knew about any type of abuse,” Jordan said in an interview this week. “If I did, I would have done something about it.”

NBC NEWS: Surprise! North Korea is still working on nukes, is made the U.S. is pressuring them to stop. Pompeo's fresh meetings there amounted to a fool's errand.

OUT: Sexy Jeremy McClain aka Cubby of the House of Abundance on Pose, chats with Out about learning to vogue, his ideal house and queer representation in Hollywood. From the piece, his vogueing tip:

It’s truly just about being comfortable with yourself, not thinking too much about it, and having fun. In rehearsal, I would get into my head a little bit too much — especially with the old way of vogueing. It’s so much more geometric and about making shapes and Pose is set in 1987, so it was very much the old way. That way is a bit more difficult because the new way of vogueing is more flouncy and free. It’s really just about letting go and believing in yourself.

WAPO: Eight Republicans spent the Fourth of July in fucking Moscow — and nobody cared. Nobody thought the optics were shocking. The GOP is an arm of the Kremlin now, and its flag-waving supporters are too stupid to believe it. We don't need to understand Trump voters, we don't need to stop insulting them — we need to outnumber them at the ballot box as we do already IRL.

WATCH: Hundreds of protesters in Chicago shut down part of a major interstate during march against gun violence. pic.twitter.com/2if2kvw6my

TWITTER: To be fair, how could the one and only Sean Ford look back in anger with that thing there?!