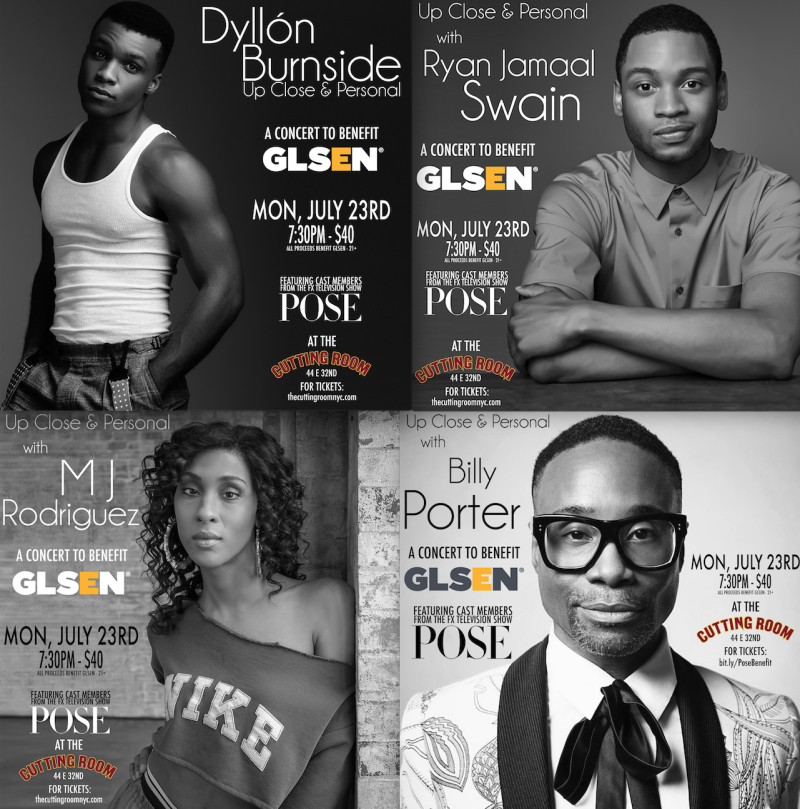 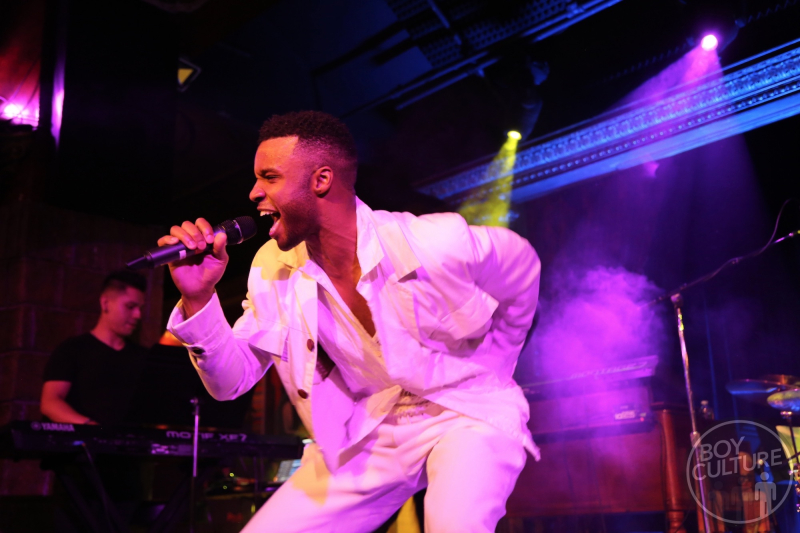 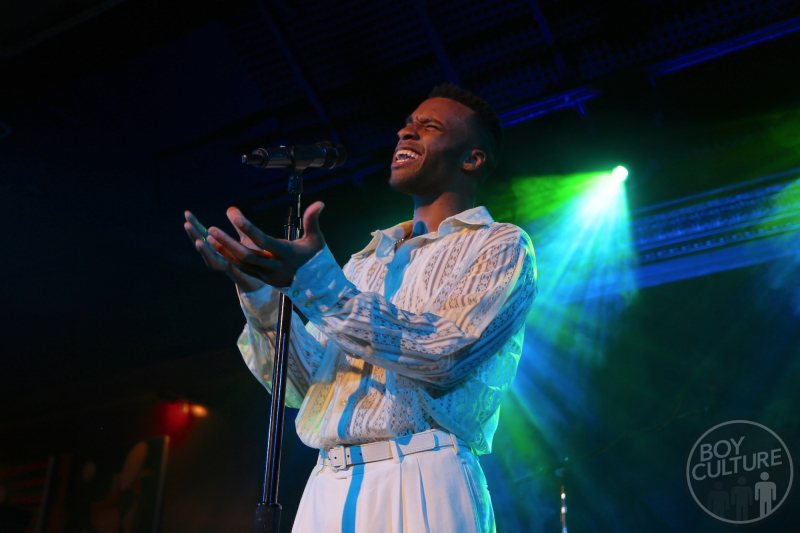 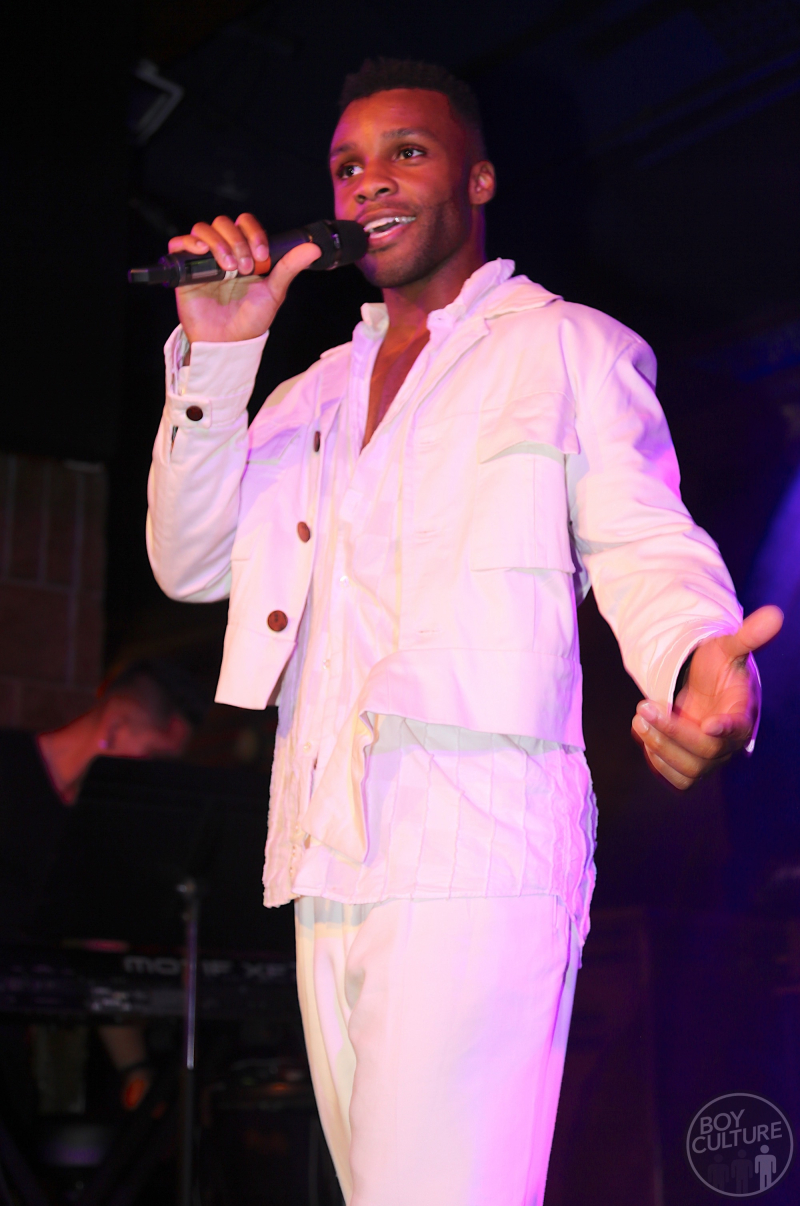 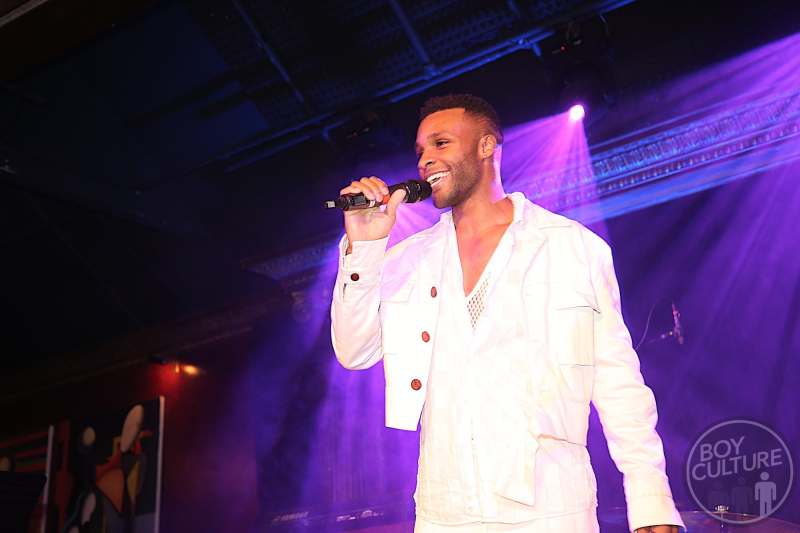 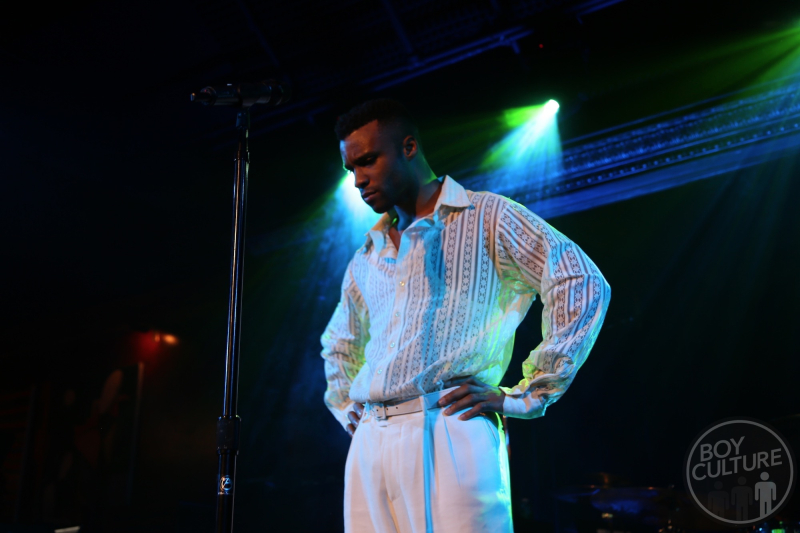 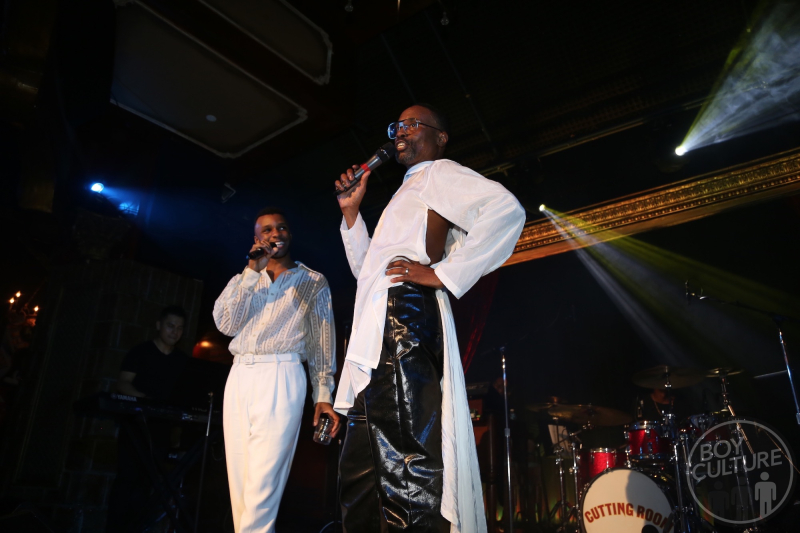 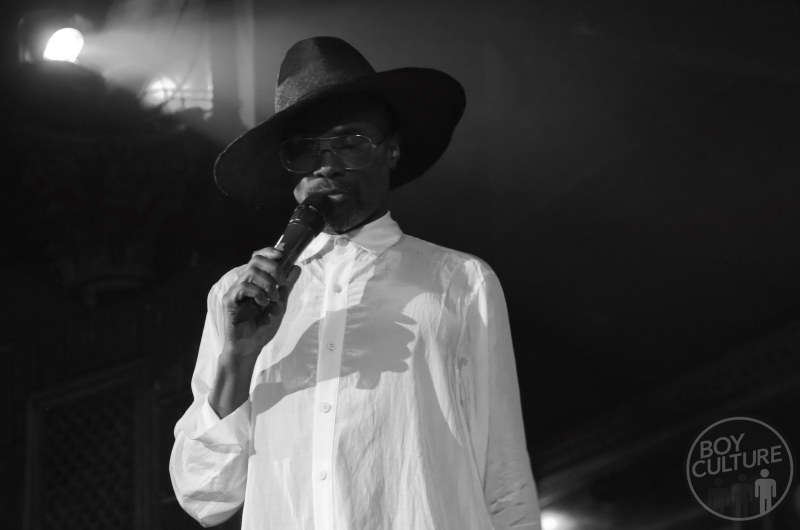 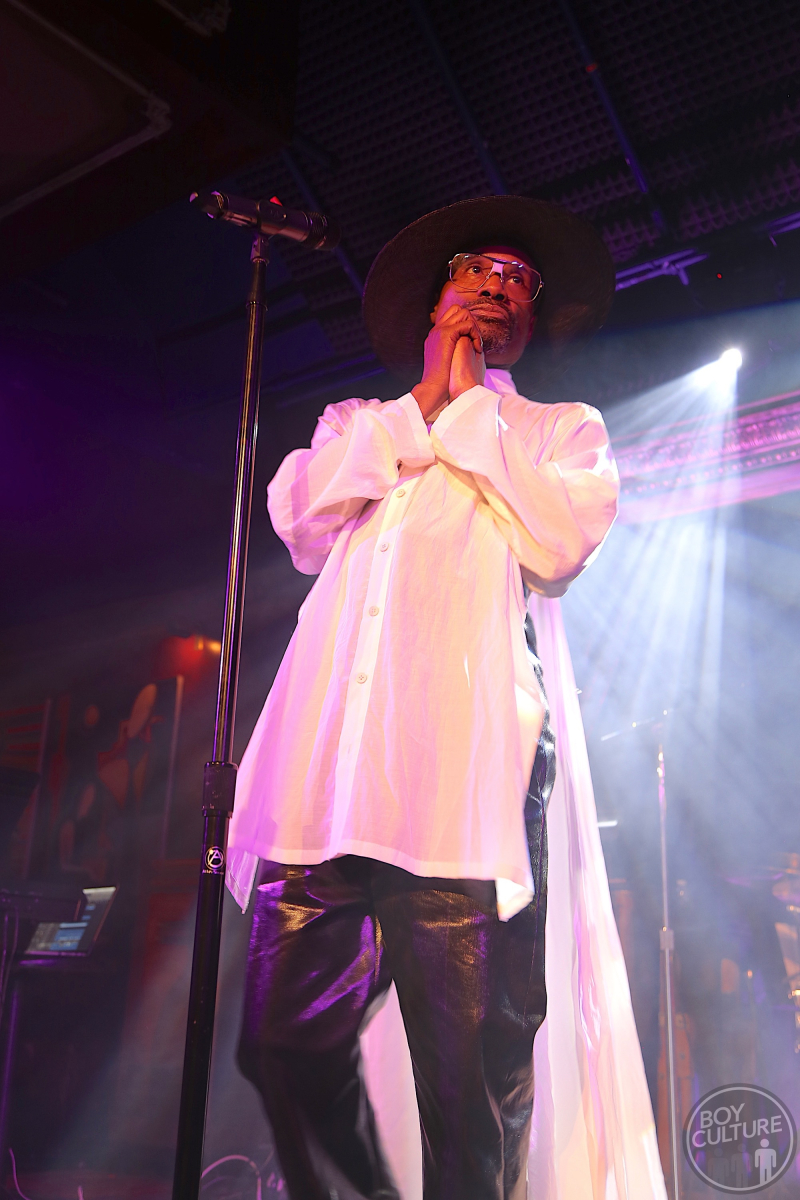 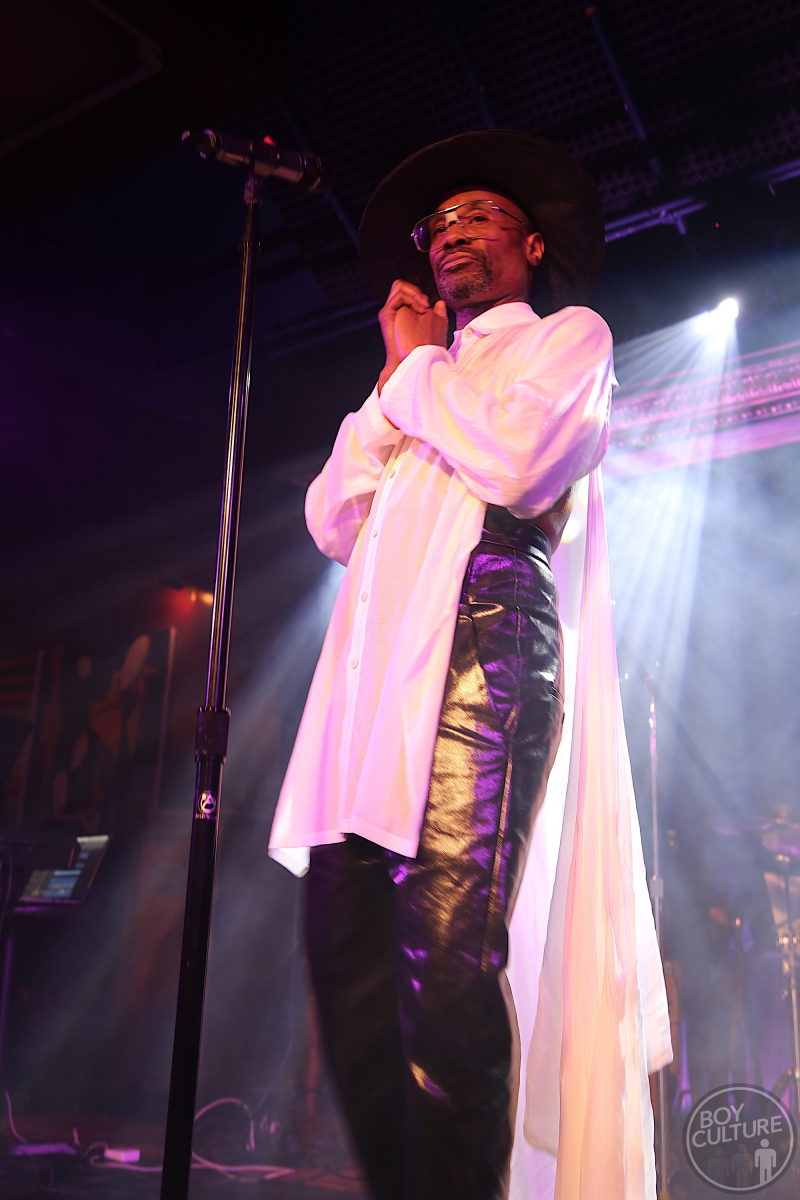 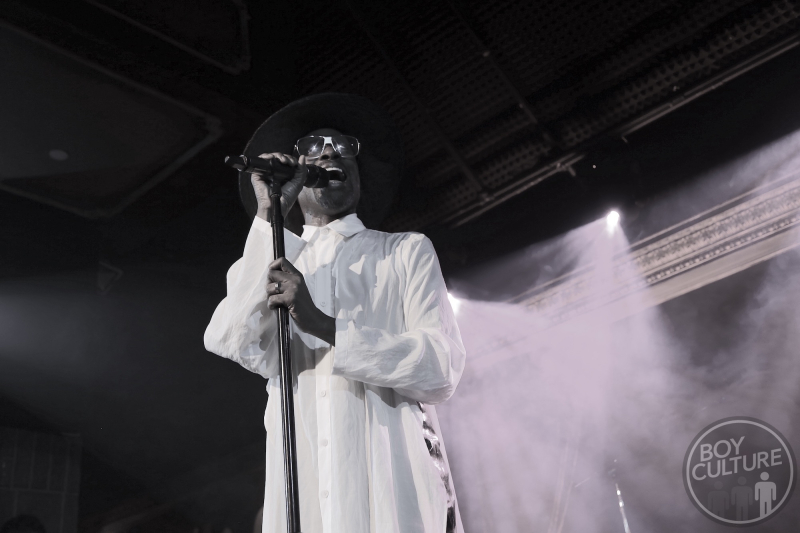 Burnside's fiery duet with the already fiery Billy Porter was one for the ages! Porter, in a slinky, white, sideless number and black leather pants, sang from his latest album, a mysterious figure under his floppy hat, but with a voice that spilled secret emotions willingly. What a display of strength through vulnerability. It felt like watching a living legend — because that's what happened!

I was most surprised by Mj Rodriguez, who plays the warm-hearted mother of the House of Evangelista and who is charged with anchoring Pose emotionally. Freed from the life-or-death battles of her character, she was a light presence, girlish and gay, and she humbly said she'd sing us a “cute” song — before launching into a wildly effective cover of “Waving Through a Window” from Dear Evan Hansen that revealed her rich, lower register, as well as the required falsetto trills. 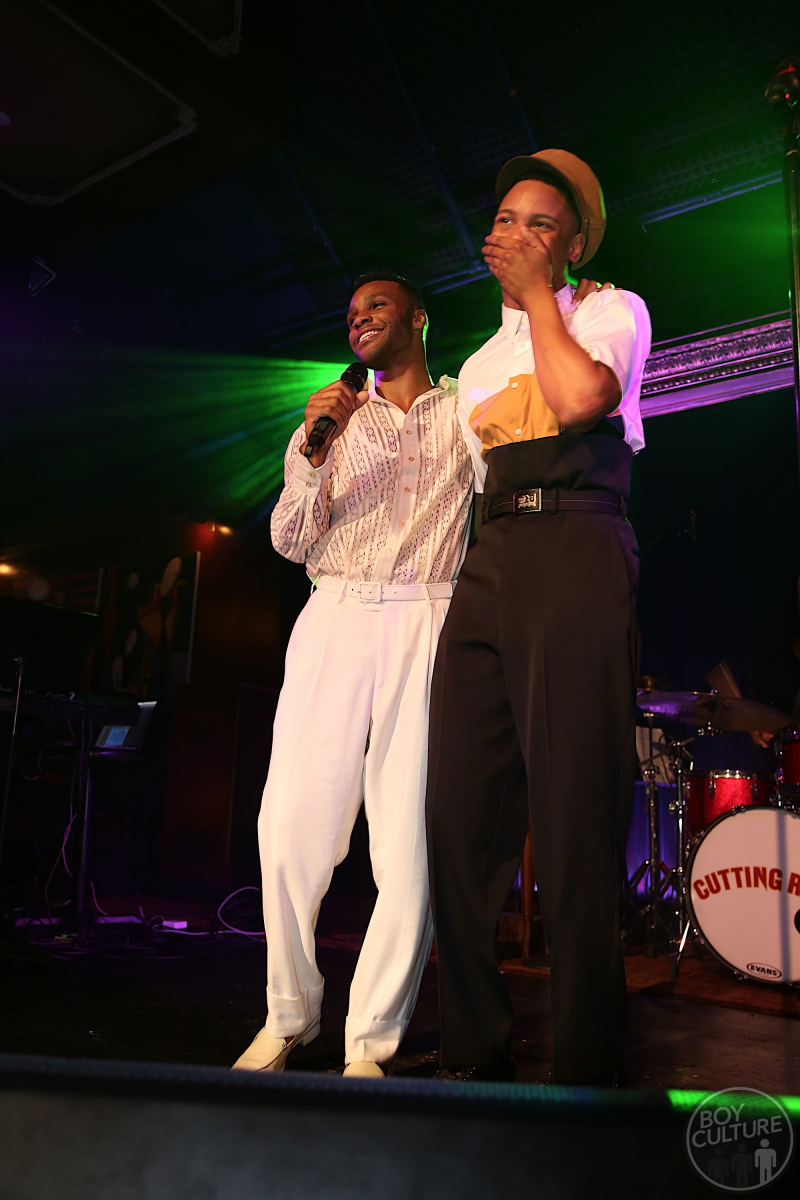 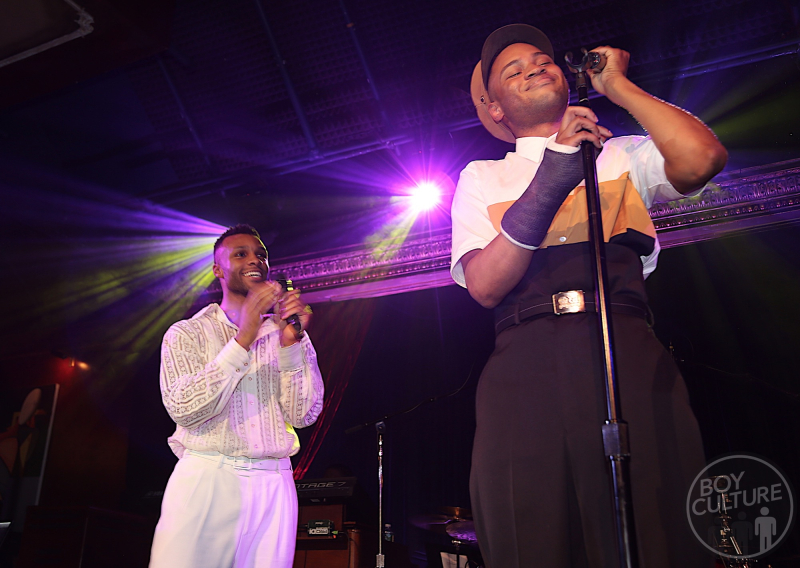 OMG, the BF energy was real!

Adorably, Burnside duetted with his on-screen BF, Ryan Jamaal Swain, who showed up in a chic Twiggy-meets-the-ballroom cap, striped shirt, and high-wasted pants. They have such great chemistry on the show, and it was on full display onstage as well. 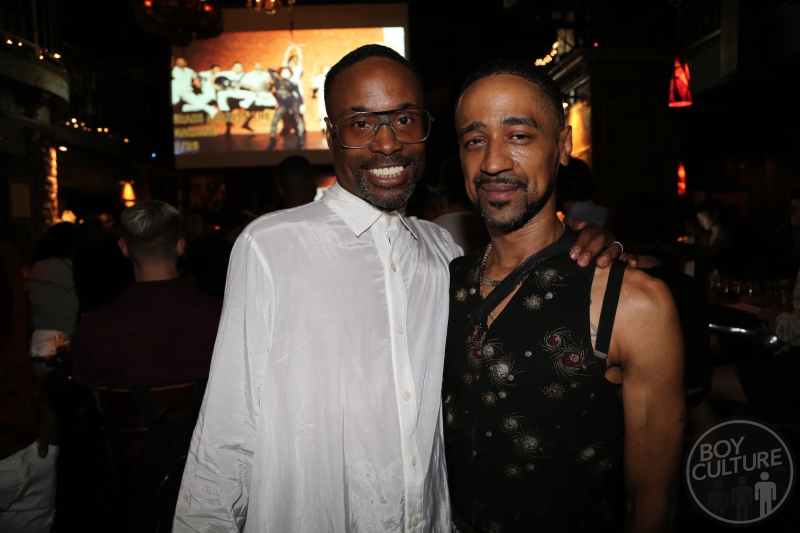 The event was also graced by the presence of Dominique Jackson aka Elektra Abundance. Unlike her character, she was no diva, graciously posing for at least a hundred fan photos and gamely doing a runway walk at Burnside's request. The category was ... Sunday church! 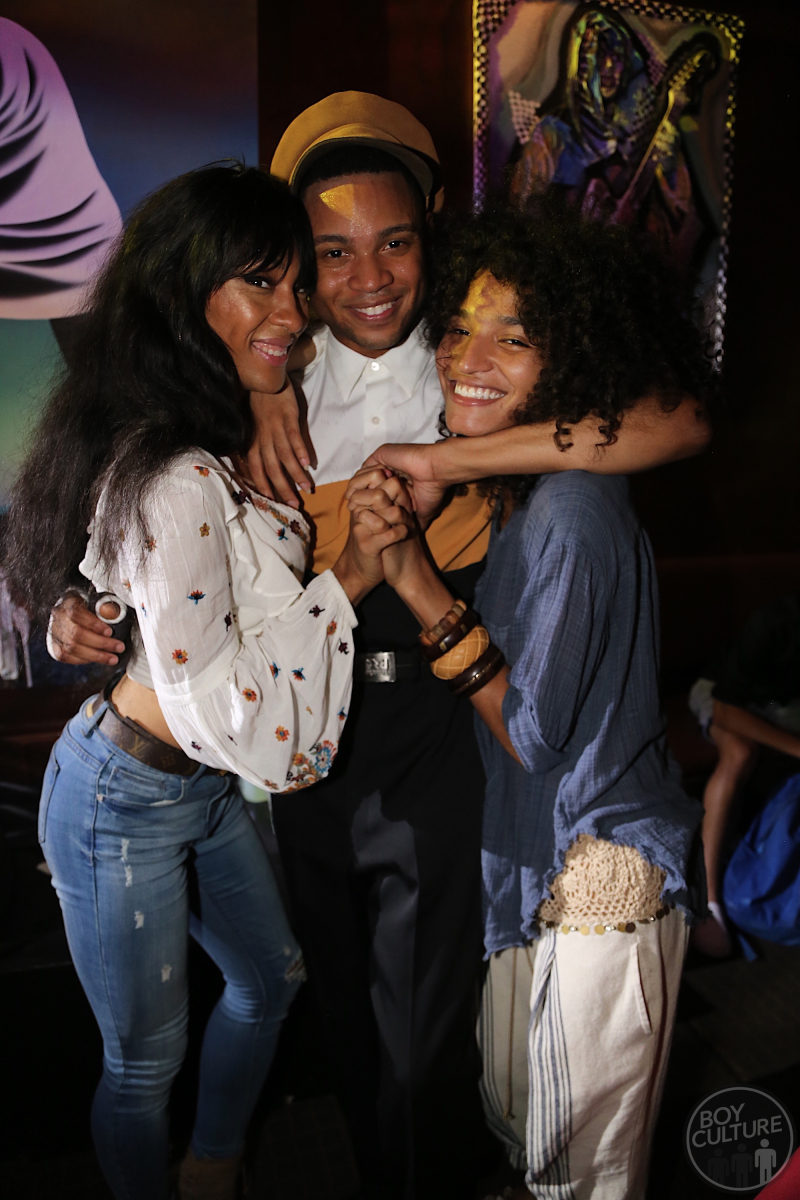 This cast loves each other — LOVES.

José Gutierez, Jason Rodriguez and the fabulous Indya Moore (my favorite of the show's actors), were in the audience cheering everyone on. When I told Indya how mesmerized I have been by her performance and storyline, she was thrilled, hugged me, introduced herself formally, and made sure I met Mj, too. I love that their success is still so new that hearing from fans is still meaningful.

And I'm so grateful I stuck with Pose, a show whose first episode I liked but did not love, but which I found improved each week, turning into a highly satisfying TV event by season's end. The great thing about Pose is that it's not only entertainment about a point in LGBTQ history, it is itself history in the making.

Click here for more info on how you can help GLSEN in its mission of championing LGBTQ issues in K-12 education.