HUFF POST: Trump is ever-so-pissed that his former lawyer Michael Cohen has turned on him, and turned hard.

CRIME WATCH DAILY: Pablo Villavicencio, the hard-working pizza deliveryman who was in the midst of his green card process when military goons on the base he was delivering to decided to check into his immigration status, has been freed by judicial decree. Hardline policies don't make us safer.

THE GUARDIAN: Head Over Heels, which opens on Broadway Thursday, isn't just a Go-Go's jukebox musical, it's a Shakespearean pastiche filled with crossdressing that features the first transgender person in a major role on the Great White Way: Peppermint.

TMZ: LGBTQ ally and pop singer Demi Lovato ODed on some type of opioid (not heroin, as reported), was administered Narcan, and is now recovering. 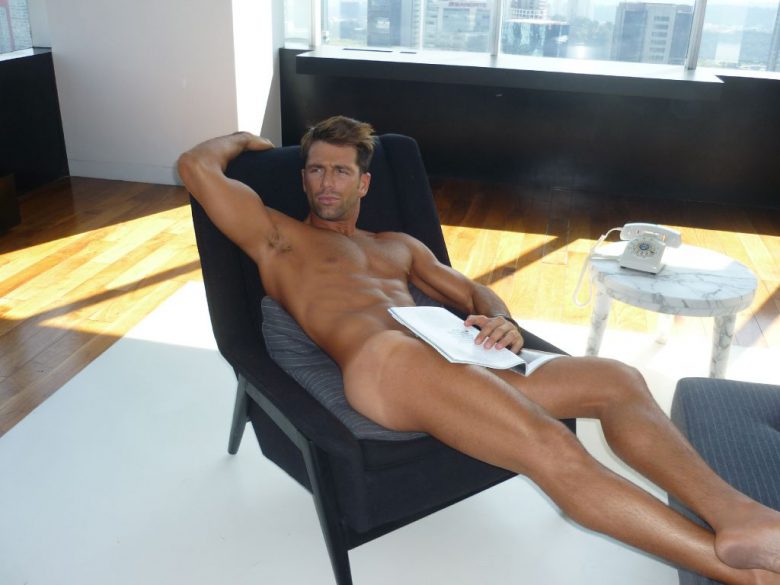 He was once romantically linked to Ricky Martin. (Image via Instagram)

GR8ERDAYS: Trump is coming to Family Guy, and the series is also figuring out how to say so long to Adam West.

EXTRATV: Could Henry Cavill be the next James Bond?

KENNETH IN THE (212): Shirtless tennis totty.

INSTAGRAM (FOLLOWS APPRECIATED!): Derek Chadwick's coming-out made a big splash — and I'd never so much as heard of him until yesterday!

FACEBOOK: Hollywood sex kitten of the '50s Mamie Van Doren, 87 and still posing topless when the mood strikes her, just posted this image of herself at 13, declaring herself the original Lolita. She also wrote that if she'd filed a complaint every time someone in Hollywood hit on her, there would be no Hollywood. I think she meant this not to diminish #MeToo so much as to remind people not to pretend everything was golden in the Golden Age.