For Ryan out loud! (GIF via Disney Channel)

BACK2STONEWALL: Sen. Jim Jordan (R-Ohio) stands accused by many men he helped coach in wrestling decades ago of knowing full well they were being molested and doing nothing about it. So instead of being pressured into resigning by his party and the media — as handsy Al Franken was — he's announced he will run for Speaker of the House! I guess Dennis Hastert is his role model.

GAY STAR NEWS: Gay dudes over 45 are far more likely to be single. In other news, wanna come over and J.O. just as friends?

COCKTAILS & COCKTALK: Some guy worked out naked at Planet Fitness, was surprised he wasn't in a judgment-free zone. (Jeez, the guy I spotted in my gym today using the climber with no shoes or socks seemed beyond the pale — now this?)

ADVOCATE: You can't make this shit up — Doug Mainwaring is a right-winger who IDs as gay — and thinks Fox News is too gay:

Of course, many LGBT people and allies would argue that Fox News is biased against the LGBT rights movement, not in favor of it. And Mainwaring’s claim is all the more astounding considering that he is gay. He wrote about what he called his “predilections” in a 2013 column at a site called The Public Discourse, and explained his opposition to marriage equality.

“I wholeheartedly support civil unions for gay and lesbian couples, but I am opposed to same-sex marriage,” he wrote. “Because activists have made marriage, rather than civil unions, their goal, I am viewed by many as a self-loathing, traitorous gay. So be it. I prefer to think of myself as a reasoning, intellectually honest human being.”

He said his “proclivity” for homosexuality has “never faded,” but he married a woman, and they adopted two children before their marriage broke up. They eventually reunited, but “because of my predilections, we deny our own sexual impulses,” he wrote. They have a happy marriage nonetheless, he said. 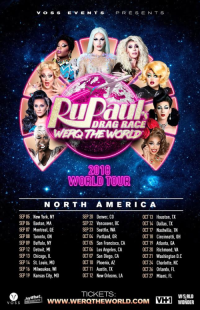 POLITICO: Could Scott Walker finally go down in Wisconsin?! P.S. Polls show the Midwest falling out of love with Trump.

GR8ERDAYS: Lotsa stars showed up to celebrate the opening night of Renée Taylor's My Life on a Diet in NYC (including Steve Guttenberg, who at 59 can still get it). Check out my full review!