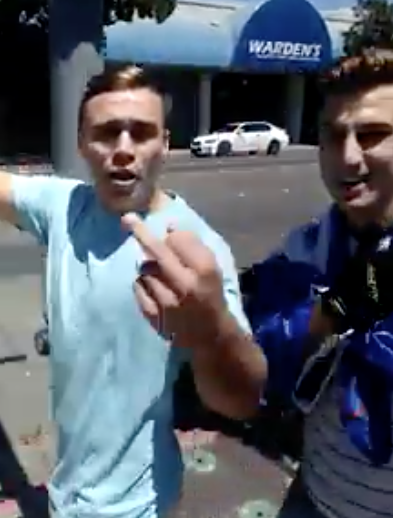 TOWLEROAD: Bronson Harmon, who got a Cal Poly scholarship for rolling around in a singlet with other males

(aka wrestling) was caught on video giving the finger to a young woman of color and shouting faggot! — which led to the revoking of said scholarship. Once the young Nazi was called out, he issued an apology in which he whined about being caught up in the heat of the moment and his free speech being impinged upon. Go fuck yourself, kid.

LGBTQ NATION: Star Parker literally said that the B in LGBTQ stands for bestiality. 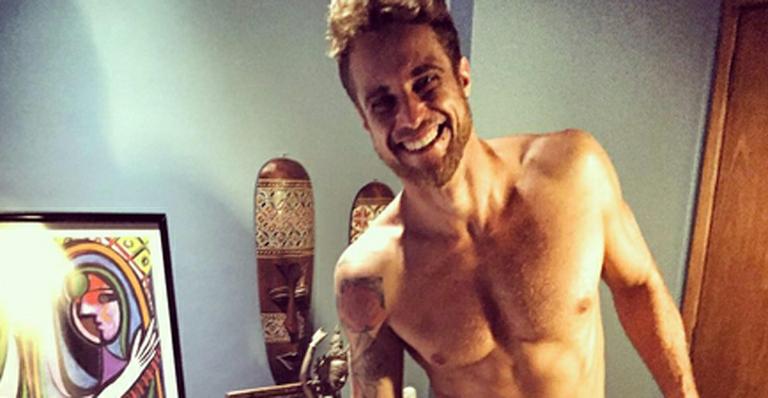 See if he measures up to your expectation. (Image via video still) 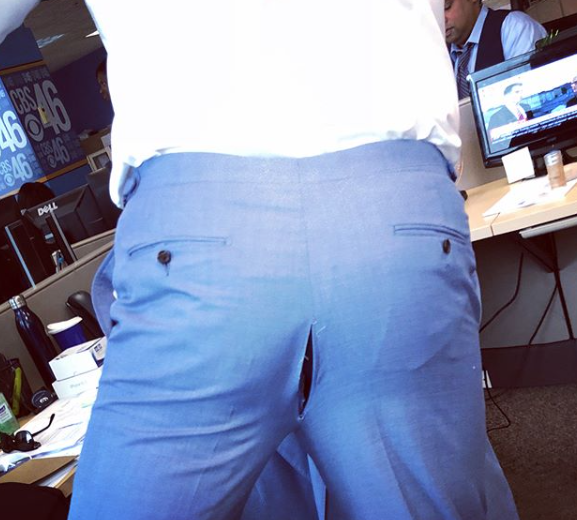 Anyone care to do CIA-level enhancement on this? (Image via Instagram)

KENNETH IN THE (212): Thomas Roberts has a new job, and his pants are tighter than ever.

MSN: The U.S. paid Trump's Scotland golf course $77K ahead of his visit. When the next Democratic POTUS is in place, I will not be happy until he or she has gone after every goddamned ill-gotten penny that has been pumped into the Trumps' hands.

ALEXANDER KACALA: Mr. Kacala patiently deals with a Jesus freak who says she isn't trying to offend gay people by telling us that we are, by definition, sinners:

INSTAGRAM (FOLLOW HERE): Red-hot Nyle DiMarco pics — fresh ones, because the first batch I was sent were not approved. I guess Nyle didnt like flaunting his butt in those kinky boots?!

Arnold Schwarzenegger calls out President Trump for what he said was an “embarrassing” performance at his Helsinki news conference with President Putin. pic.twitter.com/b5hIU2n8AY

NEWNOWNEXT: Mamma Mia! was the dumbest musical and one of the most painful movies I've ever seen. Why gay people dig it, I do not get it. Love the songs, hate the repurposing. Now, the sequel is here, and for some reason, gays are jumping for joy that Cher (who plays Meryl Streep's mother in the movie) and Meryl Streep kissed at the red-carpet premiere. I am definitely not the market for any of this — and I love both women!