Above: It ain't easy being green, but it does have its benefits.

Below: Keep reading for a Boys in the Band Q&A, the great conservative pile-on of Treasonous  Trump, the Trumpster who protests his gay Asian neighbor, and more ... 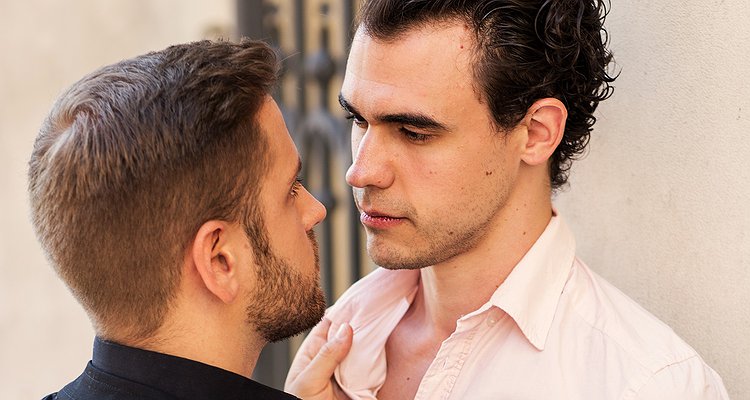 ATTITUDE: Simon Haines talks about appearing in For Reasons That Remain Clear, a Mart Crowley play. 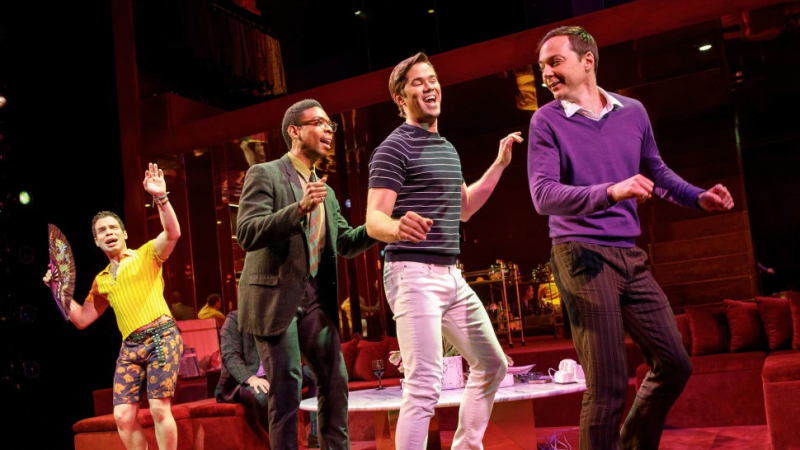 Mad about the Boys (Image by Joan Marcus)

inbill, one of three surviving original cast members of 1968's The Boys in the Band, tells Michael Musto he admires the current Broadway production, which he admits has something the first production didn't:

... on a month’s reflection, I see something else in these new guys that I don’t think we had in our show. There is a freedom that has been given by circumstance and society to be gay and out in certain sections of the world, like New York. The freedom to be who you are, I think, imbues these new young actors because they have come out before this and I think that gave them the right to be even crueler, in a funny way. The hostility is really present throughout the production. There’s somehow less fun and more war.

It's a truly great interview Musto does with him. By the way, the new The Boys in the Band has made bank. (Pics are me with survivors Luckinbill and Peter White.) 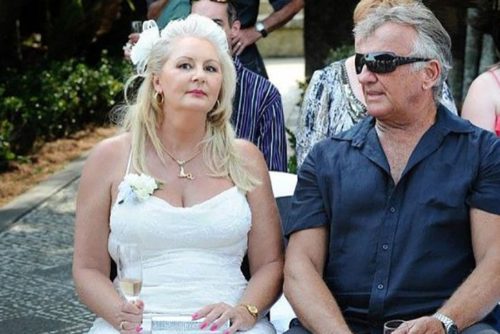 Unreal that people in love can do such things. (Image via Facebook)

LGBTQ NATION: This chick found out her man had a side guy — so she allegedly murdered him and dismembered him and toss his head in a road. But her defense is she found him already dismembered.

(Speaking of my use of the word “blowjob,” this guy at Huff Post — and a number of others — think using sexual and/or romantic metaphors to denigrate a person's actions when the people involved are of the same sex is anti-gay. Really? So suggesting Trump and Putin are “in bed together” is automatically about how being gay is weak and gross? It never has been before, it's been about expressing contempt for someone being too friendly with, even subjugated by, someone else who should be a foe. It's disgraceful that people are whining about this when we have a sitting POTUS gleefully (too twee? apologies ...) committing treason with an enemy on foreign soil.)

FOX NEWS: Above, Fox News host Chris Wallace had a half-hour sit-down with Vladimir Putin, in which Putin smirked when accused of hacking the U.S. election — and refused to handle the indictments Mueller has handed down against Russian foreign agents for that very offense. He also denied that he had any dirt on Trump, referring to Trump dismissively as someone who wasn't even on his radar until he won the presidency.

That includes Neil Cavuto, who called Trump's appearance “disgusting” and said it “sets us back a lot”:

POLITICO: Sinclair's bid to own Tribune and further infest the U.S. with right-wing ideology painted as news h 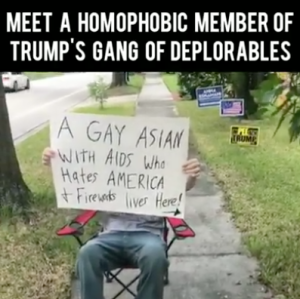 as hit a potentially end-of-the-road roadblock with the FCC — and nobody saw that coming.

TOWLEROAD: Matt Sherman, a young (but grown-up!) Trump supporter from Orlando decided it was a smart idea to picket his neighbor's home with a sign that read: “A GAY ASIAN WITH AIDS WHO HATES AMERICA + FIREWORKS LIVES HERE -->” on one side and refers to the neighbor as a “butthurt Trump hater” on the other. He did this even though (1) he lives at home with Mommy and Daddy, (2) picketing your neighbor in a fit of pique is probably the epitome of being butthurt, (3) it's illegal. Has he been arrested yet? No, but let's encourage Orlando cops to arrest someone white for a change.