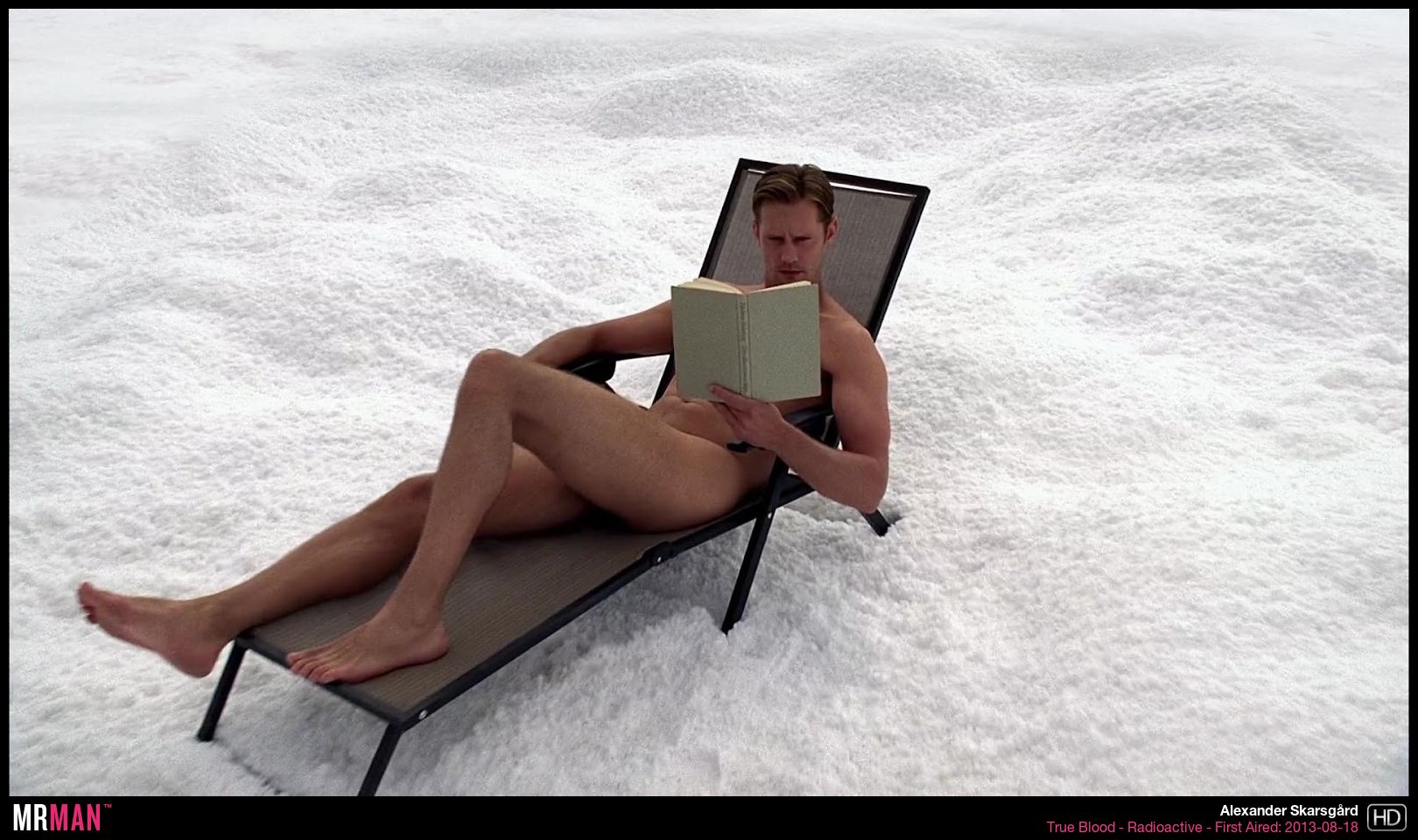 He’s dreamy, he’s sexy, he’s Swedish, he’s 6’4", he’s the one and only Alexander Skarsgard. Mr. Man loves him for all those reasons — and because his nudity résumé is a mile long.  In fact Skarsgard once told GQ, “Nudity is great. If it makes sense in the script, I really don’t care.” It wasn’t until his role as Viking vampire on True Blood that he finally dropped his pants. 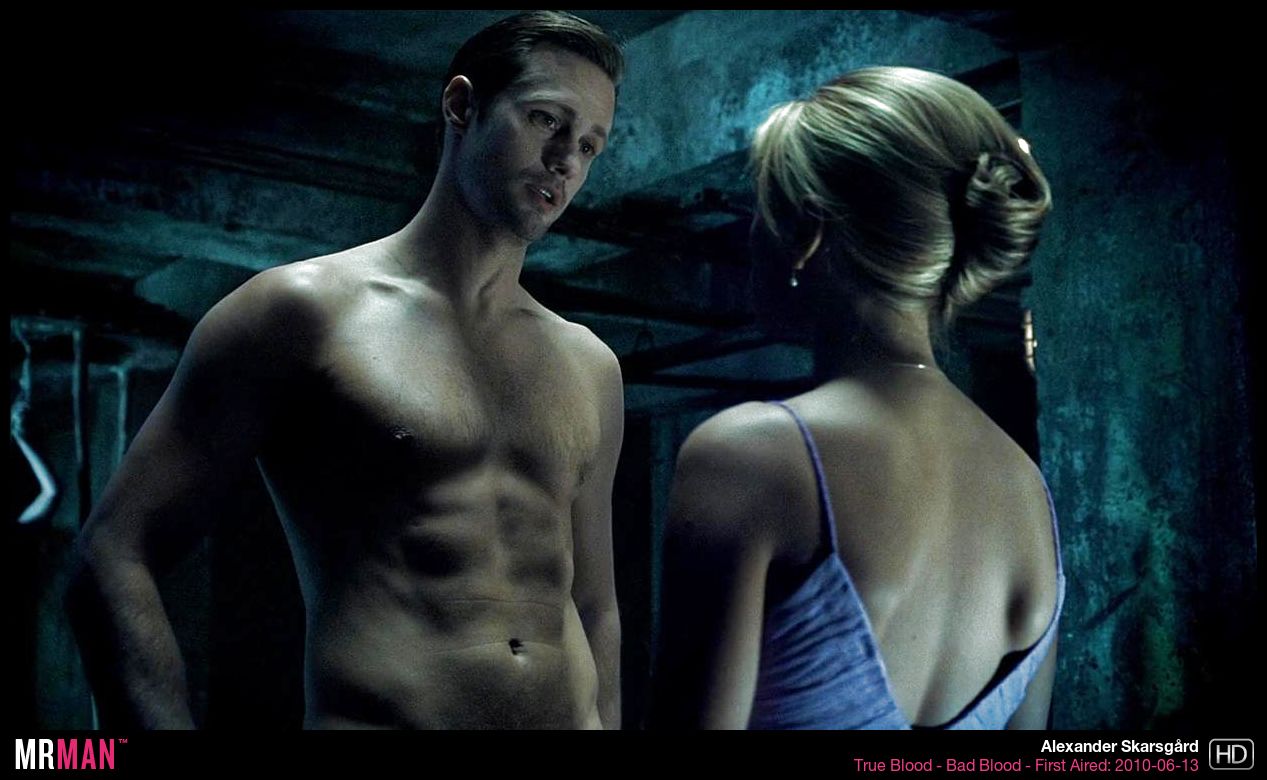 Alexander shows off his amazing, fit body, and exposes gorgeous glutes so tight you could bounce Thor’s hammer off of them.

Who can forget the steamy man-on-man action in True Blood? We know he’s straight, but we can dream. Check out the Straight Men Playing Gay playlist for more action.

In addition to the LOADS of skin scenes in True Blood, we can see Alex show some skin in War on Everyone and in The Legend of Tarzan. One of our favorite Skarsgård moments was him pantless in a tux at the 2016 MTV Movie Awards. #swoon 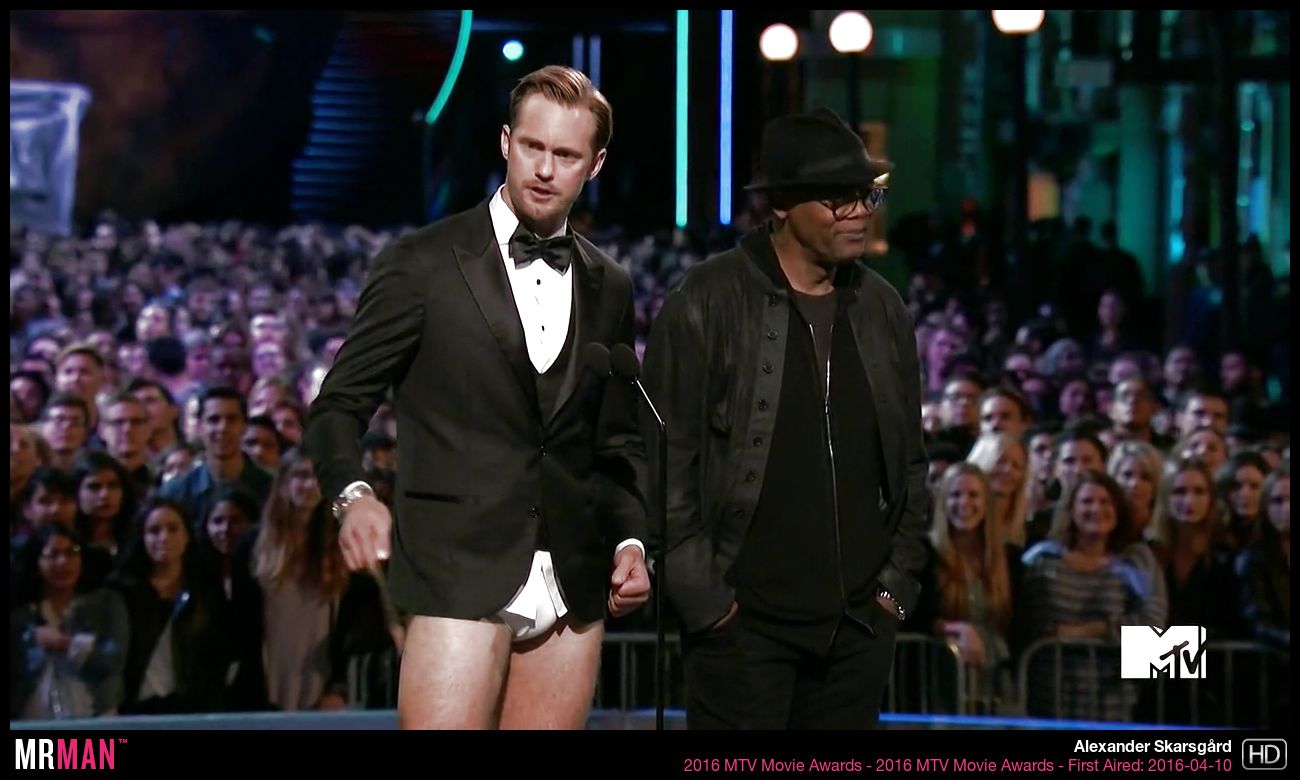 Our lives were changed forever after seeing his truly ageless ass as he has sex against a wall in Big Little Lies. You'll have a big little something in your pants! See his perfect ass and other Naked Hollywood A-Listers!

And let’s not forget his sexy little bro Billy Skarsgård who just turned 28 earlier this month. 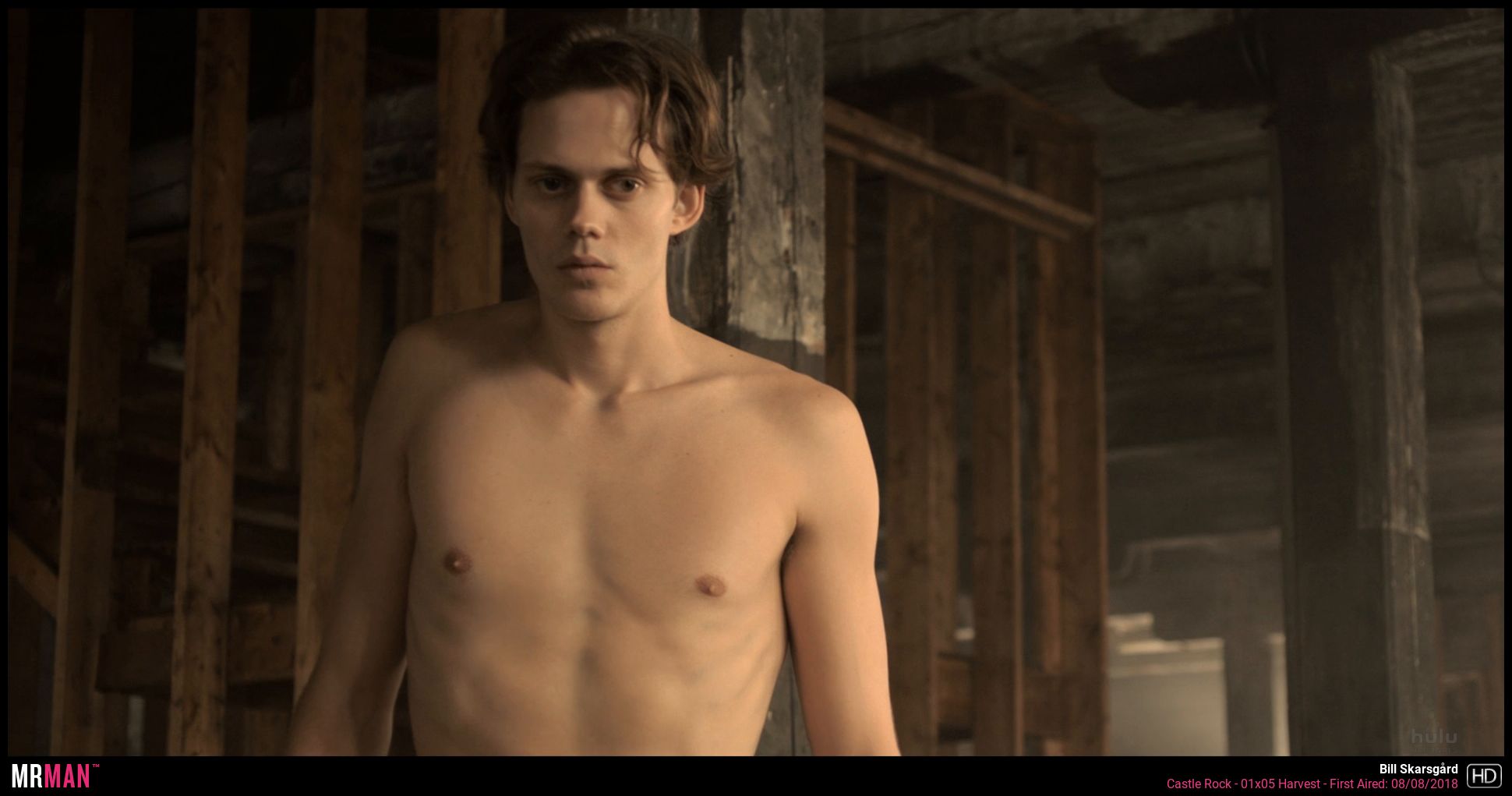 With amazing green eyes and full lips he is nothing short of super handsome AND is not afraid to follow in his family's footsteps and show some skin as you can see in the Sexiest Siblings playlist.