GAY FLESHBOT (WORK UNFRIENDLY): If you're interested in nuzzling Nolan Gould's pits, have they got the GIFs for you!

GAY STAR NEWS: Prolific producer Craig Zadan, recently famous for his work on the Oscars show, died Monday at 69. The popular creator was remembered by countless talent he worked with over the years.

I’m stunned and saddened the unexpected passing of Craig Zadan. He’s been a friend my entire adult life, championed me to host the Oscars, brought musical theatre back to TV. A wonderful, kind spirit. My sincere condolences to his family and his partner, Elwood. #RIP pic.twitter.com/BWLDmViJar

POLITICO: Trump still hearts Manafort, the convicted criminal, but he loathes Cohen, who turned on him and has officially implicated him in criminal acts of his own.

KENNETH IN THE (212): Check out this slot receiver. (I fainted when I heard that phrase used in the video about Ryan Switzer.)

HUFF POST: Tomi Lahren can't recall the last time a first lady was as criticized as poor Melania Trump has been. I can recall two in my lifetime who were lambasted far more than she, can't you?

BACK2STONEWALL: A gay cop has sued the San Francisco PD for ongoing sexual harassment. It happens everywhere — even in gay mecca. 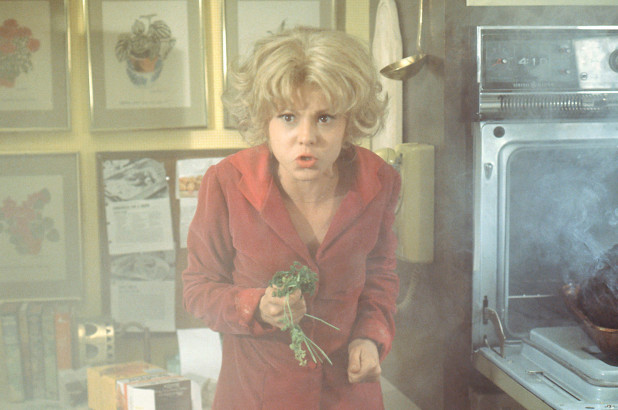 GR8ERDAYS: RIP Barbara Harris, 83, the star of Hitchcock's final film (Family Plot) as well as Freaky Friday and a host of others.

INSTAGRAM: Garrett Clayton posted his heartfelt thanks to fans for supporting him in coming out this week. Sweet pics with his mommy, too:

PINK NEWS: Hundreds of gay people will be interred and “treated” at a camp in Ghana.

JOE.MY.GOD.: In the crush of news regarding Manafort and Cohen's Trumpnado you may have missed the news that vile California Rep. Duncan Hunter, a Republican, and his wife were indicted on very serious charges of their own. Now, presumably lame-duck Speaker of the House Paul Ryan has stripped Hunter of his assignments.