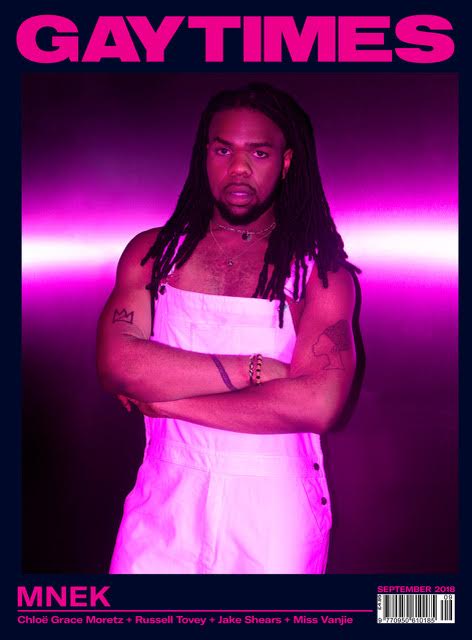 I had no idea MNEK was gay, but here he is on the cover of Gay Times — and knocking down one of the magazine's six, count 'em six, September covers ... 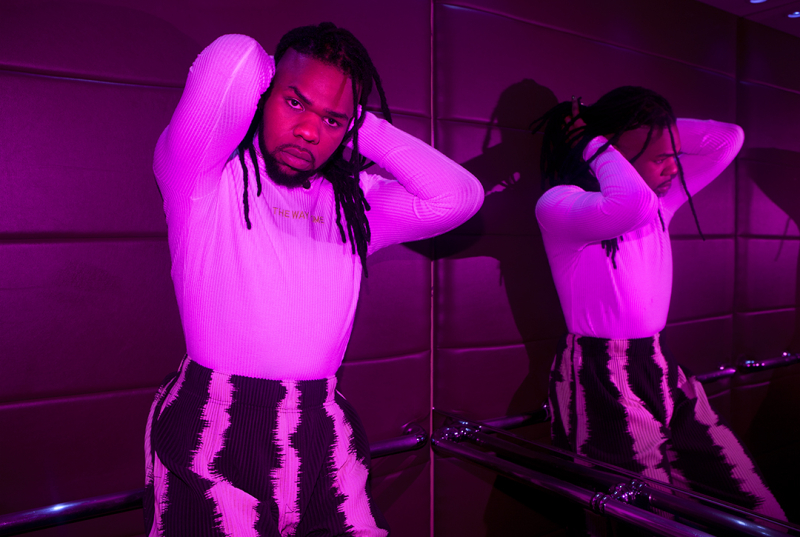 MNEK speaks out in the issue on the topic 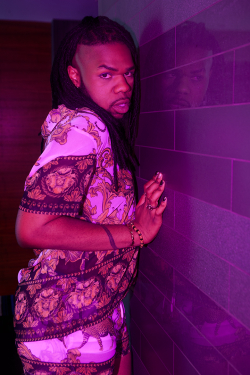 of visibility for LGBTQ POC:

When people are saying all this #20GayTeen stuff, it's really great and empowering, but I am one of the very few black people there. It's great to hold that flag and be like,“Yass! Werk!” But I shouldn't be the only one.

I think the public's perception of “gay being okay” is Olly Alexander. Olly's my girl – I love him – so it's awesome that people see him, and they see someone who's so comfortable in himself. But I think even he would say that the lack of diversity and the lack of variety in that idea of what “gay being okay” is, is alarming, disturbing, and discouraging. It's the world we live in. I'm not a politician, I'm not an activist, but my activism is my music. The best I can do is help normalise the conversation via these videos and via my music and via this Gay Times cover. I'll get some shit comments on the way, so I'll just have to bite it and deal with it. That's what comes with doing something that people aren't familiar with, because society hasn't told them that it's familiar or correct.

Pre-order the September 2018 issue of Gay Times at gaytimes.co.uk/buy