ABOVE: Rules are made to be broken in.

BELOW: Keep reading for some startling gay art, a hot guy in the wild,  Omarosa's Nixonian moment, Margot Kidder's cause of death, and more ... More than half off (Image via Lukas Blasberg)

BLASBERG STUDIO: Artist Lukas Blasberg's mixed-meia works (including photography and installations) tweak the world of online gay dating and mating by co-opting marketing tropes. Check out his work — it's a good bargain.

GUYDAR: Been a while. I feel like everyone else is doing this now that I've eased off.

CNN: Arch-right-wing conglomerate Sinclair has been thwarted in its quest to merge with Tribune Media.

DAILY BEAST: Omarosa secretly recorded Trump, has played the audio for others. Coming next, her tell-all book Unhinged. (Title seems to refer to Trump, but it's fairly utilitarian.)

TOWLEROAD: Sessions tells hate group it really isn't a hate group. Hey, LGBTQ defenders of Trump — this kind of thing is squarely on your shoulders.

TWITTER: Cher teases her “Gimme! Gimme! Gimme!” cover. (Mamma Mia 2 is one of Meryl Streep's biggest-ever hits — and she's almost not even in it.)

DAILY KOS: Add this to the list of reasons by Trump is a dangerous idiot: He's an asbestos fan. 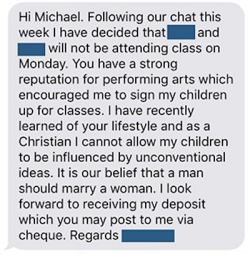 LGBTQ NATION: An outraged Christian mom pulled her kids from a performing arts program because the guy running it is gay. Yeah, she wants her children to have careers in the theater that are devoid of the influence of any gays — I hear they're hiring people to work with Russian bears. Her note and the response back from the teacher are priceless.

NYT: Devastating to hear that Margot Kidder's death in May was a suicide. TV's superman and the movies' Lois Lane. 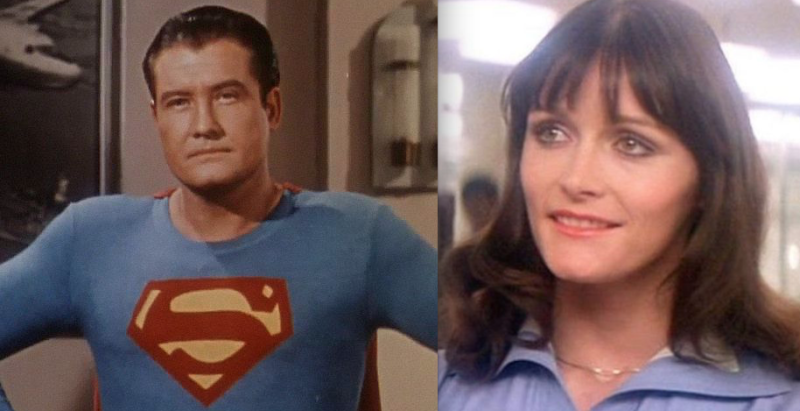 OMG BLOG (WORK UNFRIENDLY): Australian Survivor guys show off their butts — and almost everything else.

KENNETH IN THE (212): Handsome, and confused-looking. Who says there isn't much to eat on these remote islands?! (Image via video still)