Bill Daily Of THE BOB NEWHART SHOW, I DREAM OF JEANNIE Dies @ 91 Comments (0) 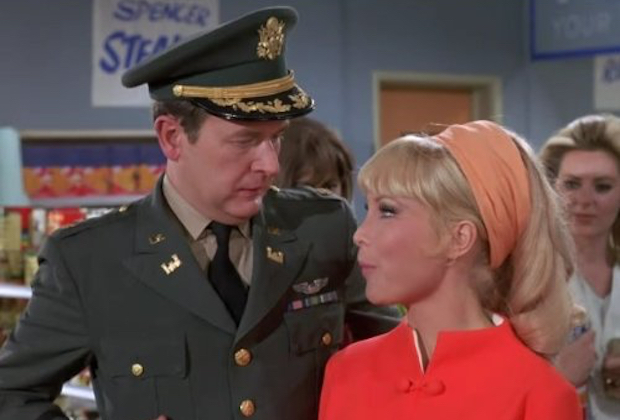 Sorry to hear of the death of Bill Daily at 91. He was a huge presence on TV, including five years on I Dream of Jeannie and six on The Bob Newart Show.

Nice to read the warm tributes from his surviving co-stars, Barbara Eden (who's 87!) and Bob Newhart (who's 89 ... and that seems about right), who played up his affable and upbeat qualities.

I've read he wanted no funeral, just a party — a great way to approach death at 91 after a fulfilling life, don't you think?

Bill Daily & I go back to Chicago in the 50's. He and I were both trying to get into standup. Later, he joined the Bob Newhart Show. He was our bullpen guy - you could always go to him. He was one of the most positive people I've ever known. I will miss him dearly

Our favorite zany astronaut, Bill Daily has passed. Billy was wonderful to work with. He was a funny, sweet man that kept us all on our toes. I'm so thankful to have known and worked with that rascal. Until we meet again Billy, xo -B #RIPBillDaily pic.twitter.com/OVZjaWB9CP