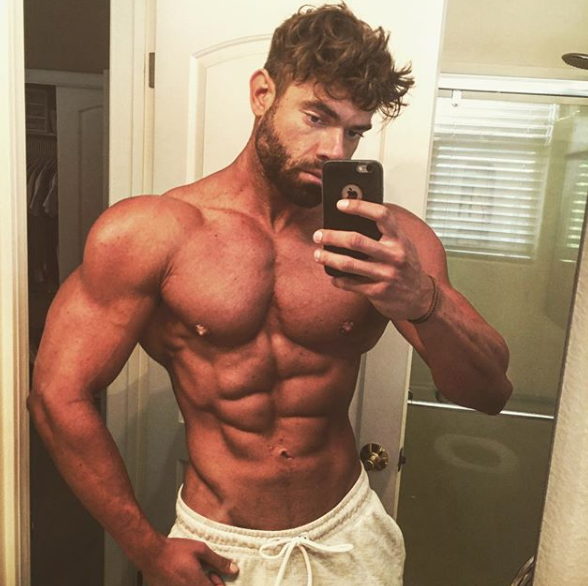 I prefer angry roommates to leave snotty notes around the house. (Image via Instagram)

Geoffrey Tracy, a California-based fitness model and Insta-hottie, came to NYC of his own volition to make some money stripping, but wound up arrested for stabbing the guy he was staying with ... 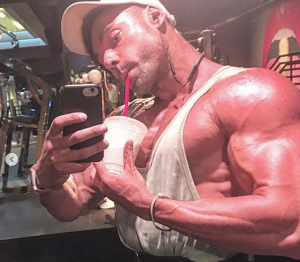 assault, pleading not guilty, according to NYP. Sounds like he is attempting a laughable gay-panic defense:

“The guy tried to make moves on me, I told him no, then he said he’d shoot me so I had to defend myself,” Geoffrey Tracy allegedly told police after he stabbed 50-year-old Gregory Kanczes 16 times.

“I had a knife to him, he went for the gun. I filmed myself on my iPhone saying I didn’t want to kill him. He had a gun. I had to kill him,” confessed Tracy of the Aug. 14 attack.

The 25-year-old personal trainer, originally from Gilroy, Calif., also admitted that he ditched the knife in a dumpster, court papers allege.

Kanczes, who was stabbed in the neck, chest and shoulder, survived the attack and was eventually released from Bellevue Hospital.

Oh, so the guy put the moves on you, unlike the guys you flew to NYC to dance for? I'm sorry, but strippers don't just strip, they give full-contact lap dances. That doesn't mean people can just grab him, but it makes his effort to sound offended that a guy made a pass at him pretty empty. It's also hard to believe this behemoth of a man had to resort to stabbing someone smaller he alleges was threatening him — let alone that he had to stab him over a dozen times.

'Roid rage? There's no way he'll get away with this.