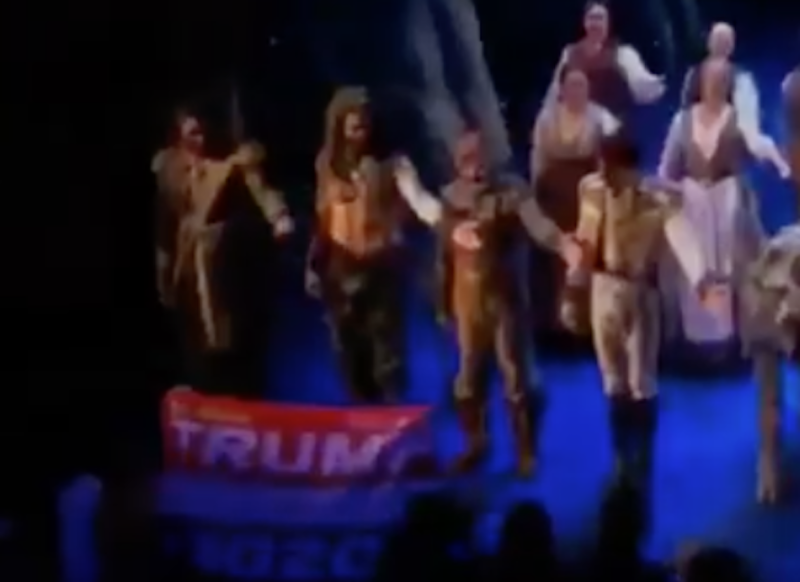 At this point, on the day Trump got his own Deep Throat, these people are cultists. (Image via video still)

More and more, people are displaying how ill-equipped they are to attend live theater, whether it's texting, talking on the phone, clambering onstage in search of the commode, or, now, unfurling a grotesque TRUMP 2020 banner at during the bows at Frozen in NYC. 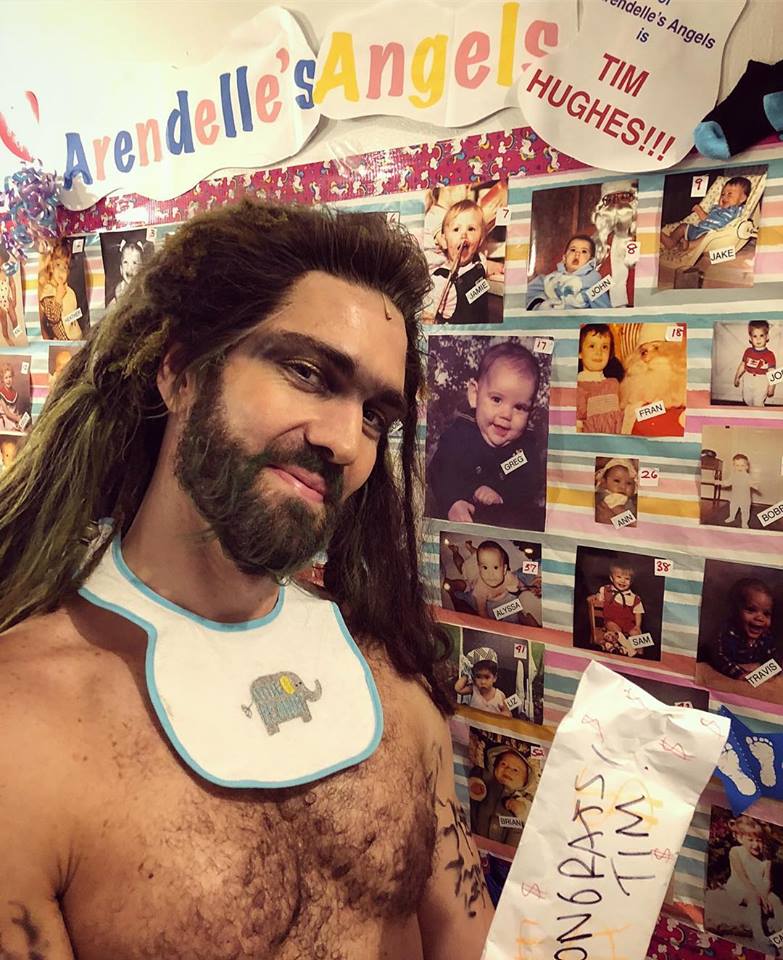 Some rube did just that Wednesday evening, but he had his ass handed to him when fast-thinking cast member Tim Hughes snatched the banner out of the man's hands and tossed it backstage like the garbage it was.

On Facebook, Hughes responded to the incident by explaining his actions and refusing to apologize:

What does it say about our country and politics when a man at the show tonight felt the need to protest Disney’s Frozen on Broadway with a pro Trump flag?? How frightening is it that our show’s messages of love, acceptance, and diversity have become the opposition to supporting Trump? The curtain call is a thank you between actors and audience, a final connection to end a shared experience. I will not apologize for how I responded to the disrespectful man trying to interrupt this moment with a pathetic political platform. Not at our show! Not in front of my beautiful, diverse, talented cast at @frozenbroadway. I appreciate everyone’s support. #resist #lovewins #lovetrumpshate