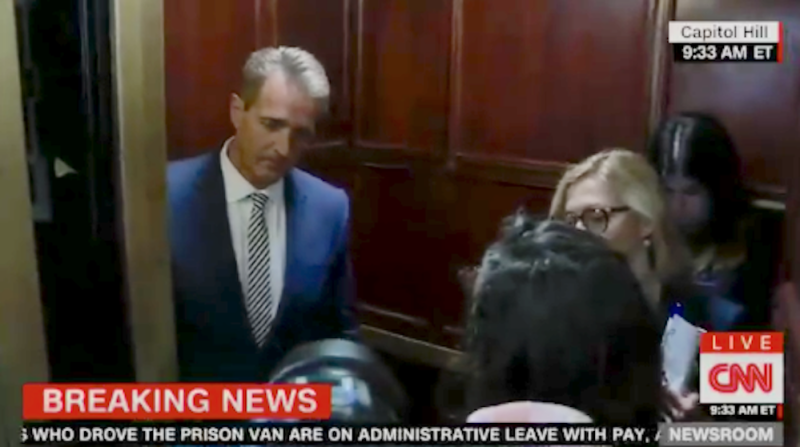 Sen. Jeff Flake (R-Arizona) has ann0unced he will support Brett Kavanaugh, following a whole lot of phony hemming and hawing that amounted to a hill of beans.

He was also confronted in an elevator by a sexual assault survivor who told him in no uncertain terms what his cave-in means to her and to countless others. Gripping stuff ...

A sexual assault survivor just confronted Jeff Flake (who just announced he's voting for Kavanaugh): "Don't look away from me! Look at me and tell me that it doesn't matter what happened to me, that you will let people like that go into the highest court of the land" pic.twitter.com/Jix2BI090B

Meanwhile the ABA — which had endorsed Kavanaugh before — is calling for an FBI investigation before he's confirmed, which won't happen. The SCOTUS is likely lost, but the midterms and 2020 and, yes, Mueller are still available to right the country.