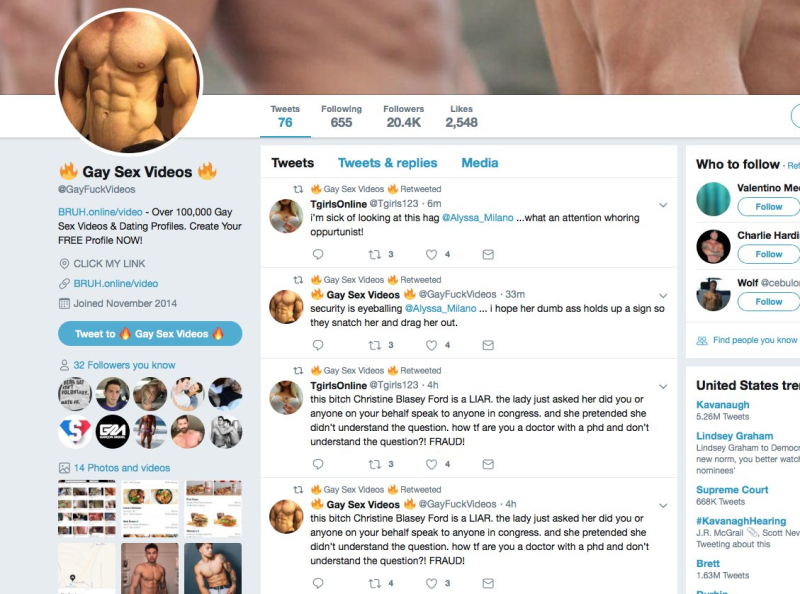 The account, which plays up the appeal of toxic masculinity (“bruh?” really?) attacked Ford as a “bitch” and a “LIAR” and observer Alyssa Milano as a hag.

What's the point? It's a Twitter account gay men use to watch gay-porn videos? Also, Kavanaugh would likely be a reliable vote against any sort of expansion or retention of LGBTQ rights.

Bros before hos works with gay guys, too?

UPDATE: Here is the account's response to me: