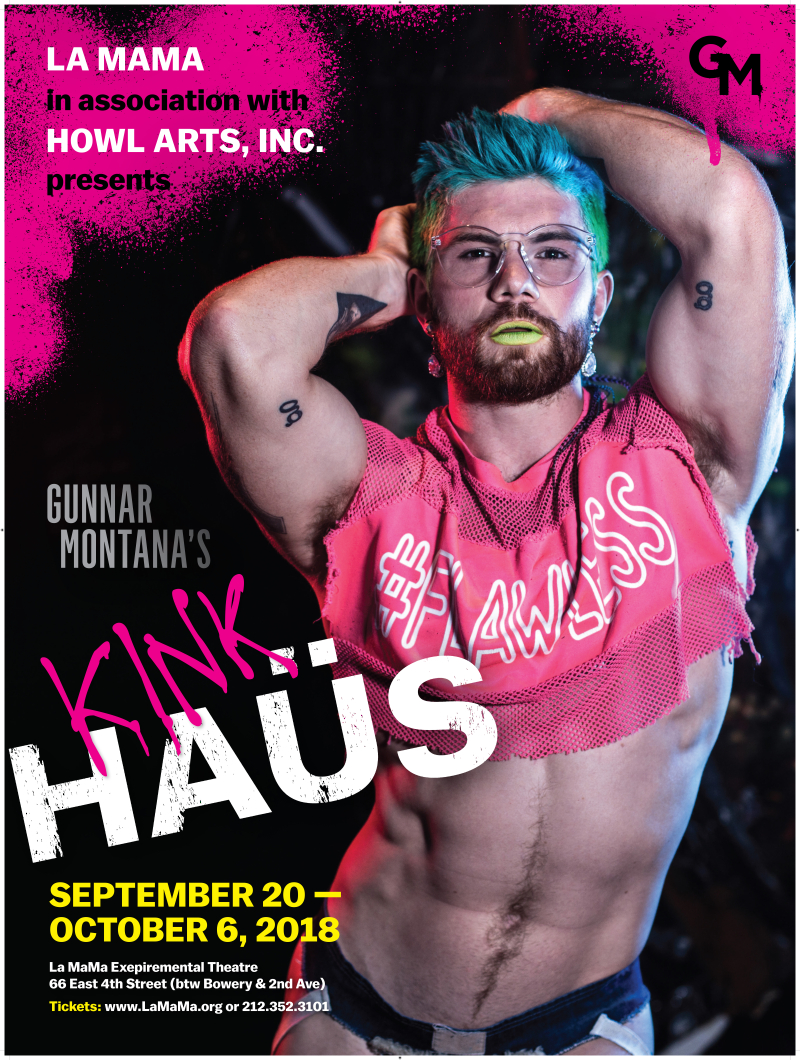 Gunnar Montana's throbbing Kink Haüs, currently playing at La MaMa (66 E. 4th St., NYC) through October 6, is billed as fringe, but I came away thinking it was more mainstream than it realizes — and I think the patron who brought her 12-year-old daughter would agree with me.

Regardless of how out-there or in-here the show actually is, it's an attention-grabbing, joyful gender-romp that is athletically choreographed and a visual smorgasbord ...

Right from the opening, there are elements that made me think it was less underground than advertised — a racy, riotously colorful catwalk sequence wouldn't be out of step at NYFW, not to mention musical interludes powered by Bonnie Tyler and Robyn. 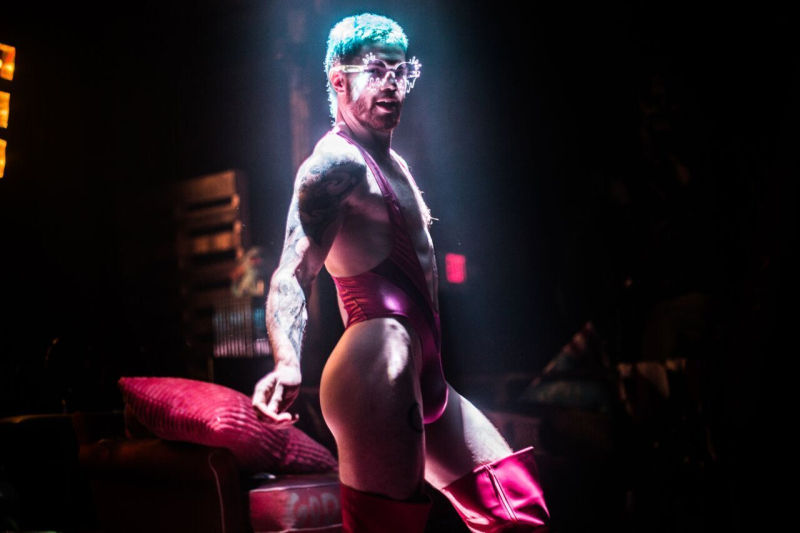 I think the tension between mainstream and counterculture is fanned by Montana — joined by Avi Bourochoff, CJ Coleman, Jessica Daley, Dylan Kepp, Frank Leone and Stephanie Lyneice — taking the audience through a series of vignettes that seem to alternately reject the mainstream's view of what is edgy and to embrace it. Nowhere is this more evident than in an expertly danced and lip-synched number featuring Kepp (aka drag queen Iris Spectre), over which we hear a sarcastic how-to-be-gay monologue that seems to snark on gay culture's obsession with fitness and drugs, yet ultimately could be a triumphant, season-ending RuPaul's Drag Race performance. The monologue boldly proclaims that gay men might as well not be alive without a six-pack (it is clearly said in a critical manner, not literally), and yet, everyone in the show has one.

That number follows one that features coke addicts snorting a Scarface-sized mound of the white stuff, which comes off as lighthearted. 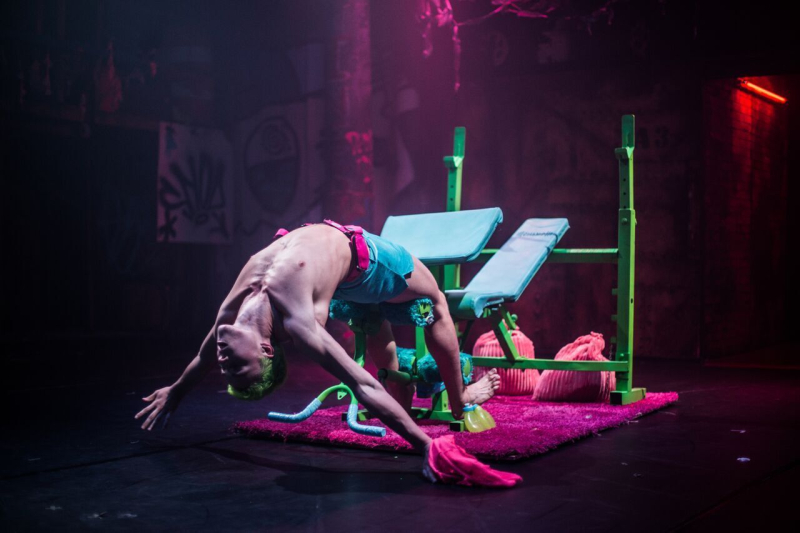 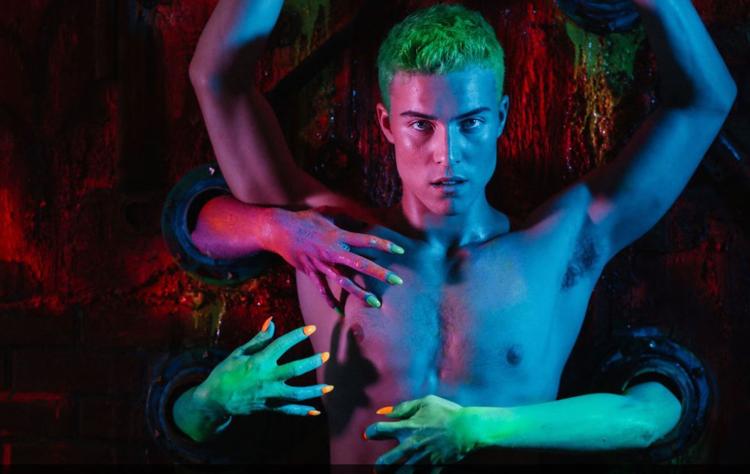 It's a hands-on experience ...

If you're not so concerned about what the show's message is, Kink Haüs is impossible not to enjoy — the dancing is impeccable and unexpected, and there is a bacchanalian atmosphere so intense it's hard to believe the whole spectacle is over in under an hour.

And be forewarned: When it's over, you'll know it's over.

Check it out — tickets here. (The show makes some of its tickets available free of charge to LGBTQ youth and seniors.)