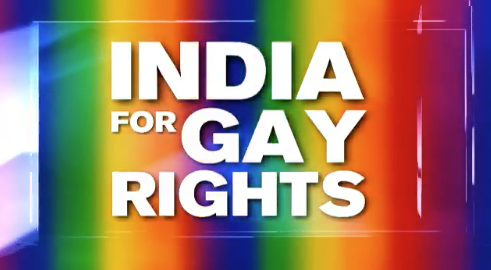 In a landmark ruling, the Supreme Court of India voted unanimously Thursday to repeal the country's colonial-era ban on same-sex relations.

When you work on LGBTIQ rights at an international level, your work constantly leads you back to colonialism and the penal codes that were imposed globally as instruments of control and domination. The sodomy law that became the model everywhere from Uganda to Singapore to the UK itself premiered in India, becoming the confusing and dehumanizing standard replicated around the world. Today’s decision to strike down the 377 law once and for all is a triumph. It is the culmination of years of community organizing, changing social attitudes, strategic use of the courts, and an LGBITQ movement in India that refused to give up. The decision decriminalizes homosexuality in India and also affirms the rights to privacy and non-discrimination. Today's historic outcome will reverberate across India and the world.

Menaka Guruswarny, one of the lawyers who repped plaintiffs India Institute of Technology and Navtej Johaand in the case, said:

This is a wide-ranging win for LGBT Indians across constitutional rights of equality, dignity, expression and freedom. It is a win for India as a constitutional democracy, and the court with this judgment had told young LGBT Indians that they are not alone. Their court, constitution and country stands with them.

Another lawyer in the case, Menaka Guruswarny, said:

This is a historic win. The Supreme Court has affirmed that the Indian Constitution applies with full force to LGBT Indians. As a unanimous decision passed by all five judges, this will have wide-ranging repercussions in the years to come.

As should be obvious, the ruling affects tens of millions of people.