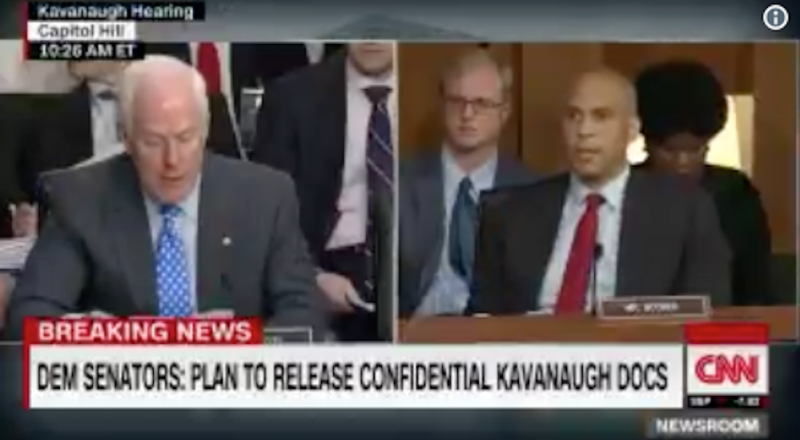 Who do you trust? (Image via CNN) 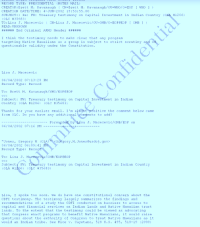 ersial SCOTUS nominee Brett Kavanaugh, leading to a rebuke from Sen. John Cornyn (R-Texas), who has raised the spectre of removing Booker from the Senate for the action.

This showdown between Booker and Cornyn is a microcosm of the showdown between business as usual vs. progress, between old vs. young, and it will resonate. It is a turning point in the Trump Administration's steady erosion of our republic, and Booker — who isn't going anywhere, don't worry about that! — should be commended for it.

Sen. Mazie Hirono (D-Hawaii) joined Booker in the document dump, which followed leaked docs published in The New York Times showing Kavanaugh as far back as 2003 stating explicitly that Roe v. Wade is not settled law. The new docs are regarding Kavanaugh's legal record.

Booker's response to the controversy, at length:

If Sen. Cornyn believes that I violated Senate rules, I openly invite and accept the consequences of my team releasing that email right now. And I’m releasing it to expose that number one, that the emails are being withheld from the public have nothing to do with national security, nothing to jeopardize the sanctity of those ideals that I hold dear.

Cornyn thinks Booker is just angling to run for prez in 2020. So what? He's doing the right thing.