BELOW: Keep reading for RuPaul's new love interest, the violent end of an anti-gay thug, an out jock scores, some incredible '80s trivia and much, much more ... 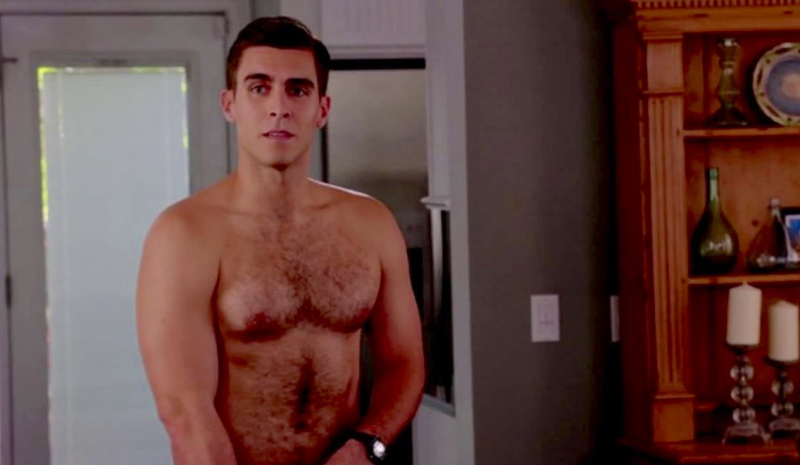 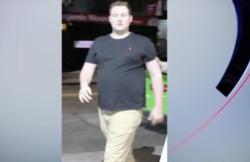 TRUE CRIME DAILY: A huge dude approached two gay men leaving a gay bar and made anti-gay comments before fracturing one man's shoulder and breaking the other's finger while tossing them around. Both victims wound up unconscious. Thankfully, a bystander got a clear photo of the pig. Seen him? (Pic above/right)

VARIETY: Trump campaign aide Jason Miller left CNN this week after it was alleged he slipped an abortion pill to a stripper he knocked up. Family values, y'all.

RAW STORY: The stories of Chechnyan concentration camps for gay men are all too real. 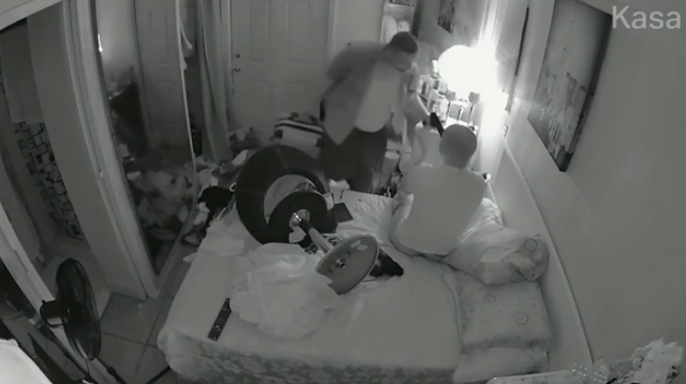 Carbalido in the act (Image via WPLG)

A security guard named Amehd Angel Olavarrieta, who has talked to multiple media outlets about his ordeal, told police that Carballido, possibly posing as a supervisor needing to talk to him, showed up at his home on the 1330 block of Northwest 25th Court on Wednesday morning.

According to Olavarrieta’s initial account to police, the two went inside the home and Carballido pulled out a gun and ordered him to take off his clothes. Rummaging through the victim’s bedroom, Carballido stole four Cuban chain gold links valued at $2,000, three gold rings worth $1,700 and two pairs of Converse sneakers worth $140, police said.

Then, Olavarrieta said, Carballido pistol-whipped him and assaulted him with the barrel of the gun. “I should shoot you in the ass,” Carballido told him before using a Spanish-language slur against gay men.

Once he had what he wanted, the ex-con then led cops on a wild car chase, guns blazing. He died when he crashed his car and was greeted with a hail of bullets.

(Image by Jamie Gaffney via OutSports)

OUTSPORTS: One of only seven out gay college football players, Wyatt Pertuset, this month scored the first TD by a gay man in college football. Even better, the feat was spotlighted on ESPN.

GOLD DERBY: What we need next from Marvel — a gay superhero. BILLBOARD: In praise of MNEK, who some say has made the debut of the year with Language — but nobody's buying it. Buy it here.

JOE.MY.GOD.: Lunatic Chicago priest who burned a Pride flag on church grounds against the wishes of his higher-ups has been relieved of his duties. Now he has more time to contemplate his closet.

GR8ERDAYS: A list off '80s stars you may not realize are already dead, plus a list of much older familiar faces who are — surprisingly — still alive: