What A Dump!: ADAM MINUS JOSH Is The Breakup Comedy You'll Fall In Love With Comments (0) 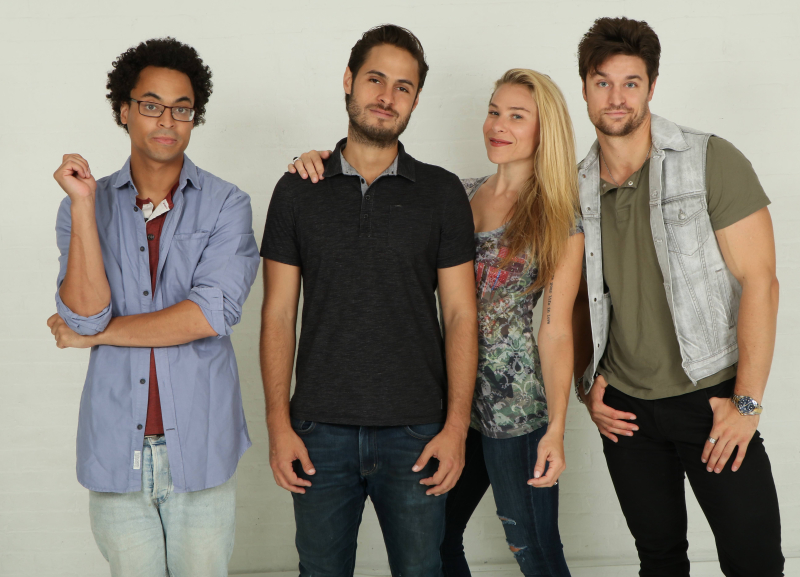 I just laughed my ass off at a performance of Adam Minus Josh, a potent original comedy about gay dating by Dan Fingerman (of the equally fresh Boys of a Certain Age) that's like evolved Neil Simon through a Mean Girls prism.

Boasting a litany of jokes that swing from aggressively hip to shameless dad humor, all landing, Adam Minus Josh, directed by Dennis Corsi, stars Marc Sinoway as the titular Adam, a thirtysomething dealing with the end of a long relationship ended by his partner (the titular, never-seen Josh) with no warning.

Adam is alternately bolstered by and piñataed by his offbeat neighbor Will (Jesse Reid), a conspiracy theorist so socially awkward he'd be known as Gay Sheldon behind his back if he were my friend; his BFF, cheerful slut/power renaissance man Jordan (David Edwin); and his un-PC, overbearing-as-an-art-form sister Rachel (Lindsey Lake).

Sinoway, a longtime favorite of mine, is the perfect gay Guido Contini, juggling his three personality-plus muses while contemplating the depth of his psychic wounds inflicted by Josh. He's an outstanding gay straight man.

Reid's character is a bit too weird for me when first introduced (wardrobe forgot his tinfoil hat), but there's more balance to him soon thereafter, and Reid plays him with humor and quirky charm to spare. Edwin, along with being a jaw-dropping Adonis, skillfully makes his flaming, sex-crazed character a lovable Blanche Devereaux with an encyclopedic knowledge of pop culture, current literature and social media. creating a guy likable enough that he can get away with zinging Adam mercilessly on occasion. Like!

Meanwhile, Lake's Rachel is such a high-maintenance ball-buster, so invasive, so self-absorbed, that every move she makes and practically everything out of her mouth gets laughs. Not to mention she tries out for a reality show called JAPILFS that needs to be shot for real.

The four actors have undeniable chemistry, keeping up with each other at a farcical speed, allowing Fingerman's breathlessly adroit use of language to shine. It's not only how he constructs the dialogue that's dizzying, it's the unexpectedness of what each person onstage will say next. Nothing was pat.

Adam Minus Josh ain't your typical break-up comedy, so don't let it be the one that got away.