#MAGABomber Has Been Arrested: Dude In His 50s Living In Florida, Van Covered In Pro-Trump, Anti-Liberal Stickers Comments (0) 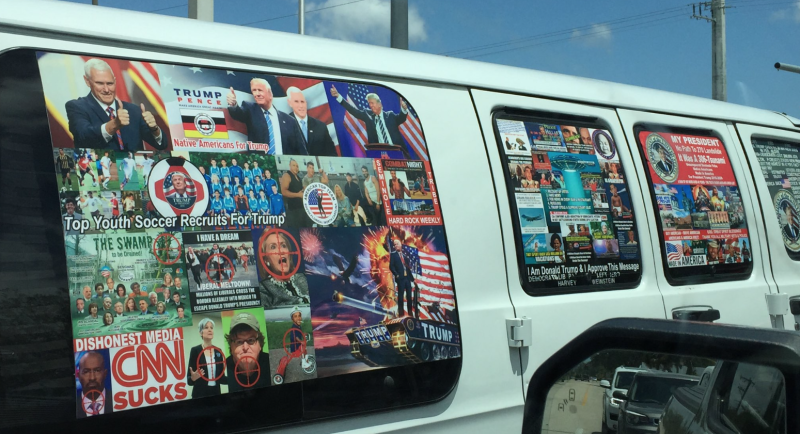 Florida resident Cesar Sayoc Jr. — who is from NYC — is the man under arrest for the dozen or so bombs sent to liberal figures and the media. 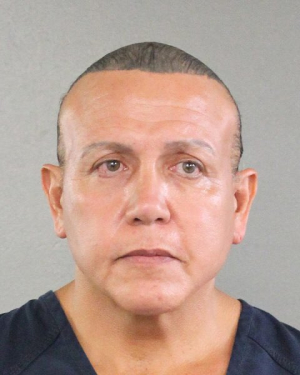 A Florida resident has posted up-close photos of the alleged #MAGABomber's white van that he took while at a traffic stop one day because it was so insane-looking.

The van has literal targets on Hillary Clinton, Van Jones, Michael Moore, Jill Stein and more, and has outrageously over-the-top pro-Trump and Pence slogans covering every inch of its windows.

Trump is about to speak about the arrest while addressing a conference for young black right-wingers, at which Candace Owens — who had previously suggested the bombs were a hoax — will also speak.

One of the most recent public posts on the alleged mail bomber's Facebook is a selfie video of him at a Trump rally pic.twitter.com/sbOn68YoeA

@CBSMiami I have some pictures of this van I saw him at a stoplight one day and thought is was very strange. pic.twitter.com/VWUwznJK8k