BELOW: Keep reading for Hugh Jackman's friendship with Ivanka Trump, Donald Trump's belief he can executive-order the Constitution away, an absolutely stunning male model or two, the true story of the Dallas Cowboys Cheerleaders, some surprise Rent casting and more  ... 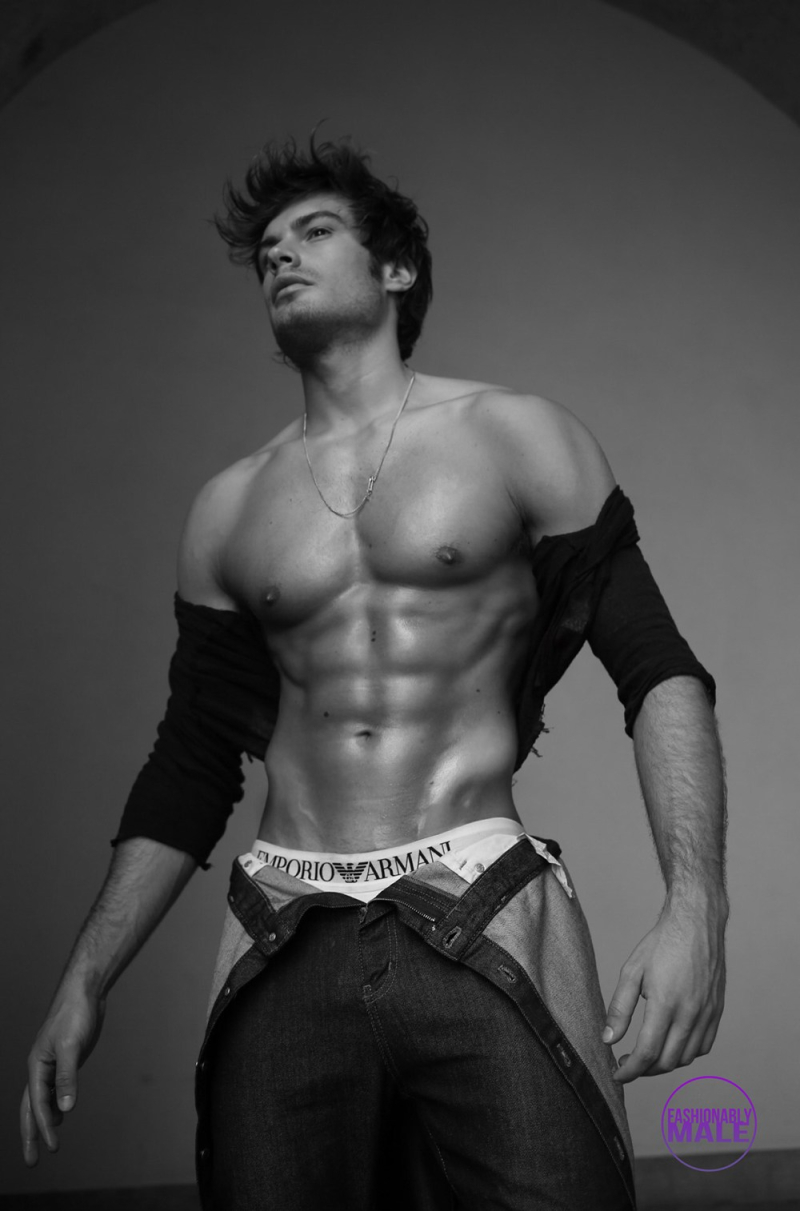 YAHOO! LIFESTYLE: Should we cancel Hugh Jackman? Kidding-ish, but turns out he's still way tight with a woman he calls “my lovely friend,” Ivanka Trump — he even invited her and Jared Kushner, her lovely husband, to his 50th birthday party. This adds to my suspicions about Jackman's okayness that arose when I discovered that he and Nicole Kidman are godparents to Rupert Murdoch's kids. A gross history of Jackman's coddling of the indefensibly evil Rupert Murdoch:

In 2010, Kidman and Jackman reportedly became the godparents to Murdoch’s two youngest daughters, Grace and Chloe. According to The Guardian, the actors, who starred together in Baz Luhrmann’s Australia, attended a very casual baptism ceremony, which took place beside the River Jordan, where Jesus Christ was believed to have been baptized, with Queen Rania of Jordan in attendance. Afterward, Queen Rania invited the down-home group, which included Kidman’s husband, Keith Urban, and, inexplicably, Ivanka Trump, for a multi-day tour of Jordan’s most popular tourist sites. In 2011, Jackman extended his support to Murdoch when News Corp. first faced hacking allegations. At the time, he told the Sunday Telegraph that the mogul is “a very generous, caring family man ... It’s a difficult time for him. I’ve sent him my condolences and I haven’t heard back.” Two years earlier, Murdoch and his wife turned out to support Jackman during happier times, at the actor’s hand-and-footprint ceremony at Grauman’s Chinese Theatre in Hollywood. Getty Images shows that over the years Murdoch and Jackman have also double-dated at a 2010 East Hampton screening of Love & Other Drugs, partied at the New York premiere of Australia, posed together at a 2008 MoMA benefit, and exchanged a strong handshake at a 2006 Penfolds Icon Gala Dinner.

I really hate it when people stick up for monsters because their one-on-one interactions have been satisfying. It's like Whoopi Goldberg defending Mel Gibson. We in danger, girl, we don't want excuses.

YOUTUBE: Lucas Hedges, the star of the compelling new film Boy Erased — my review here — appeared on The Ellen DeGeneres Show Tuesday, where he addressed his recent coming out as sexually fluid:

I went to a progressive liberal-arts school for my whole life, and in sixth grade, I had a health teacher who presented the idea of sexuality existing on a spectrum, that nobody's ... it's not really that you exist 100% one thing and 100% the other. From that moment on, I always identified myself as existing within that spectrum. I see it as something that's more fluid. It's not as black-and-white.

This should clarify it for anyone who thinks sexual fluidity isn't real, or that people need to choose.

BOY CULTURE: Sexy and funny Halloween costumes, like Gus Kenworthy's above and Alex Wong's below: 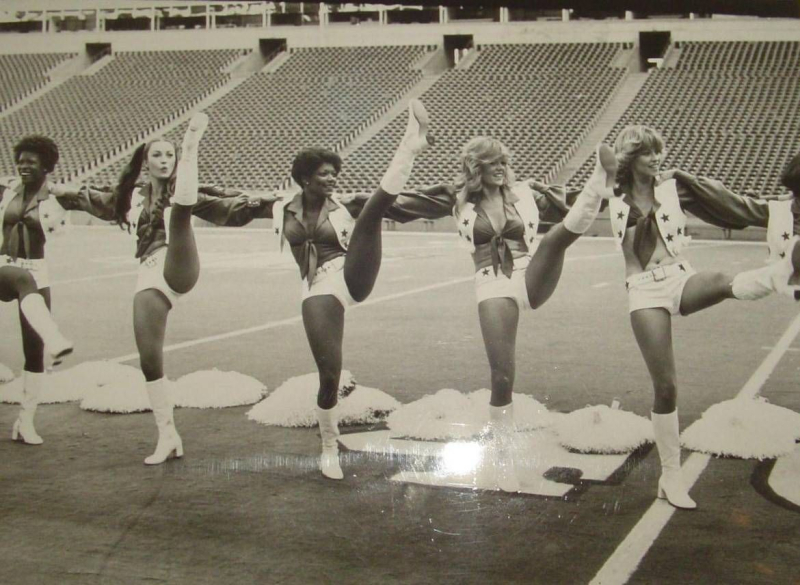 GR8ERDAYS: The kitschy history of the Dallas Cowboys Cheerleaders, who were derided as sex kittens at the time and are now being called Daughters of the Sexual Revolution in a new documentary. 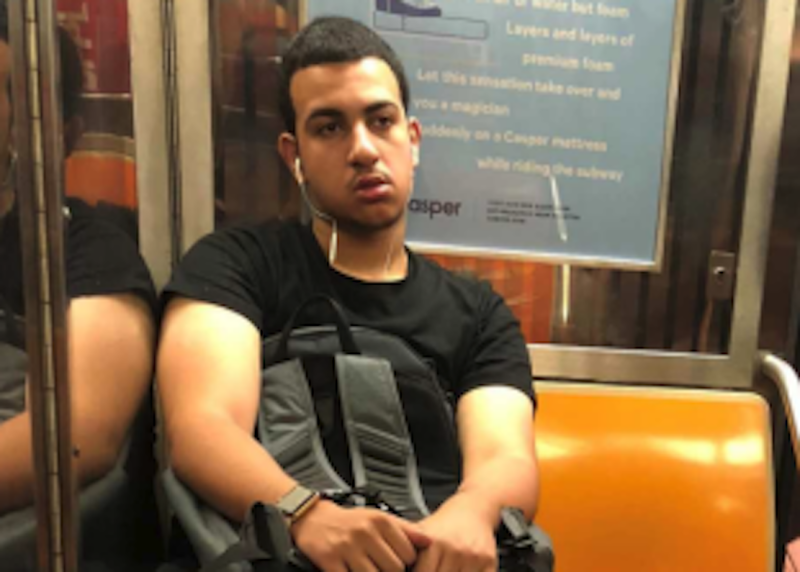 TRUE CRIME DAILY: An 18-year-old man was arrested after allegedly ejaculating onto a woman on the NYC subway one morning this week. 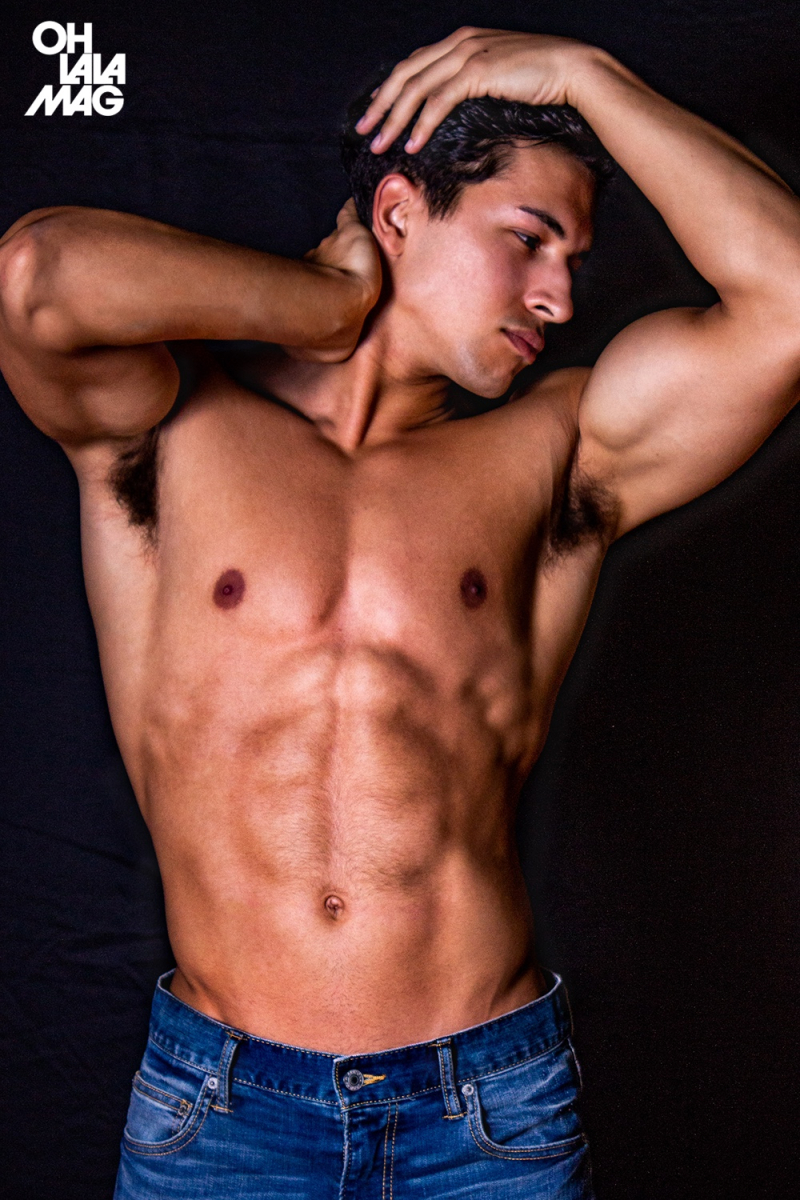 Ain't this the pits?! (Image by Philip Washington)

KENNETH IN THE (212): A jock in what's very close to his birthday suit. Then there's this jock, whose bat is pretty nice. Then there's Mr. Biceps, above.

EXTRATV: Jim Carrey is funny, but his political works of art — savagely anti-Trump — are anything but. Here's why he won't STFU about politics.

FACEBOOK: If you're all about mosaics — and who isn't — see ya there: