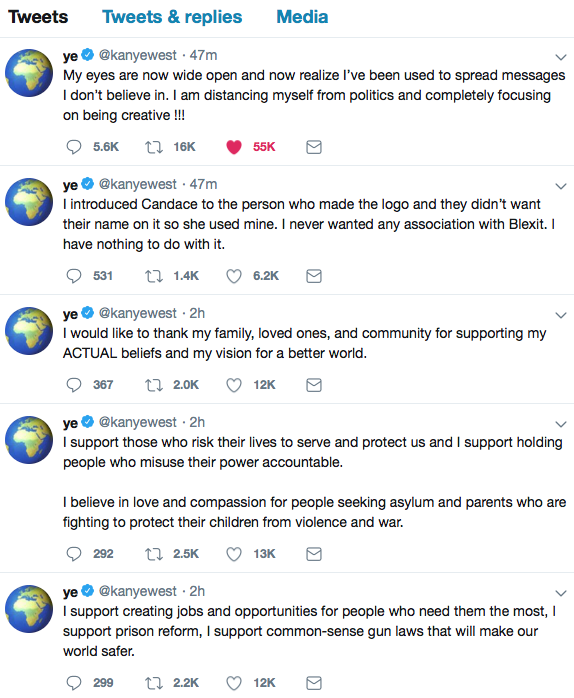 Kanye West, after expending a lot of his street-cred capital on supporting right-wing causes and conspiracy theories, posted several times today to underscore what his true beliefs are — all liberal — and seemingly castigated black right-winger Candace Owens for tricking him into associating him with the BLEXIT line to encourage black voters to leave the Democratic Party.

Until the pill wears off. We'll see!

Today was the kind of Twitter day where Kanye can be like “Okay folks, you got me, turns out I was being manipulated by conservatives and everything I’ve done this year was bullshit” and IT DOES NOT EVEN MAKE A RIPPLE.