TWITTER: Trans model Laith Ashley stuns in, well, almost nothin'. If you like the VPL, here's more, from Bradford Johnson. 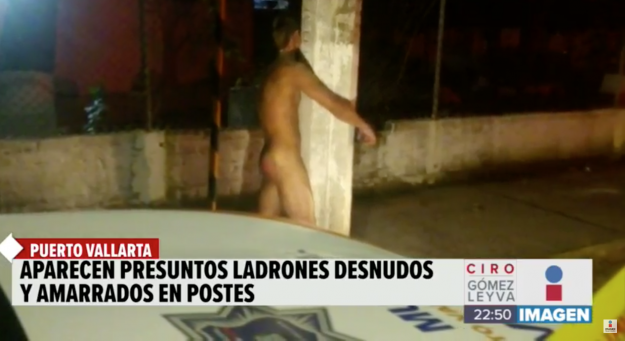 Who was the ass-ailant? (Image via video still)

INSTINCT: Men are being found around Puerto Vallarta, Mexico, nude and tied to lamposts with letters shaved into their heads and/or written on their bodies. So far, the victims won't say who is doing this.

OMG BLOG (WORK UNFRIENDLY): Reality star Dustin McNeer shows you every, er, inch of his body. And it takes a while.

THE GUARDIAN: Look, I'd rather my team had a pro-choice justice appointed to the Supreme Court for life and their side had a good laugh at Obama walking around with toilet paper on his shoe like a fuckin' idiot, but this is the deck we've been dealt.

JOE.MY.GOD.: The vote to confirm Kavanaugh has advanced, mostly on party lines — except Lisa Murkowski (R-Alaska) voted NO, as I expected, and Joe Manchin (D???-West Virginia) voted YES, as I feared. Collins announces her final vote at 3 p.m. ET today; if she announces she is a NO, it could torpedo Kavanaugh, but only if Murkowski holds firm (she will) and only if Manchin is a NO. Some have said Manchin would never vote YES if he were the deciding vote; if he does that, he needs to be expelled from the Party. He's only useful in building a majority; otherwise, he is a moderate Republican.

KENNETH IN THE (212): Just the right amount of too much muscle.

GAY STAR NEWS: 10% of older gay men have had sex with a women in the past few months. 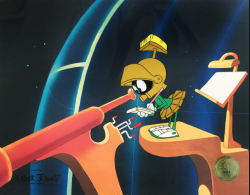 But I thought she already done had herses?

GR8ERDAYS: Marvin the Martian is 70 this year! Also, click here for today's celebrity birthdays, which include Glynis Johns (of A Little Night Music and Mary Poppins fame), who hits 95!

POLITICO: Joe Biden is ramping up for a run in 2020. I don't care if he's (really) old and white and male — I just want to win. He'll have an articulate (just kidding, Joe) POC as his running mate, maybe even Kamala Harris, if he winds up the eventual nominee.

HUFF POST: Bette Midler means well, but her use of that Yoko Ono N-word quote was really out of touch. Does it still need to be explained in 2018?! Apparently, as she vehemently defended herself ... before quietly deleting all her tweets on the subject. It's not that she's a horrible racist, but it's ignorant, and she should've just opened her mind and realized why.